Recollections of the Sixties in Berkeley - Part I 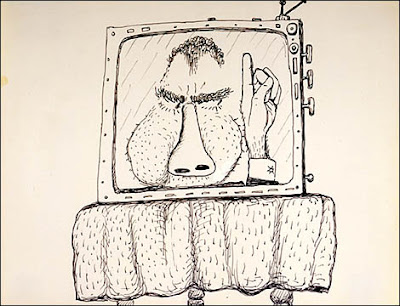 Does our political life tend toward sophistication? It's a question that's rarely addressed objectively. One of the cliches of sociological study in the last 75 years has been the preoccupation with how modern techno-culture tends to break down the links and connections between people, creating various forms of apathy, disengagement, isolation, and the psychological conditions which follow: Alienation, suspicion, boredom, intolerance. But the degree to which people involve themselves in our political life, and the degree to which they make themselves aware of what is happening, as responsible citizens of a representative democracy, are questions which have been usually considered apart from the context within which it counts. In the Sixties, after a decade and a half of post-war "anomie", the first wave of the "baby-boom" generation (the children of the Depression, and WWII generation), reacted against the stifling conformity and presumption of the 1950's--expressed as America's global military adventures, the "organization" men of industry and the corporate culture--by challenging modes of dress, behavior, and openly questioning the available life-style roles.
Rejecting the prosperity offered to them by a new economic affluence--the suburban "revolution" of sanitized, dehumanized "community" and a righteous world-view about America's predominant "place" and role in world affairs--American youth, coming of age in the Sixties, sought new radical paradigms to redefine its social conscience, and explore new ways of living and thinking, against the inertia of political stagnation.
In the immediate post-war period (1945-1970), investment in public education was on a steep rise. Rapid expansions of the public state college and university systems across the nation, encouraged people to believe in the ideal of educational advancement as a right, not a privilege, of growing up in a democratic society. The prosperity which drove this phenomenon, however, was based on an industrial model which would not endure the global capital expansion which began in the 1980's, and has progressed with unprecedented speed around the world. In just a single generation, America went from being the de-facto industrial engine of the earth, to being a nation of credit consumerism. 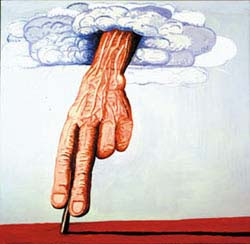 Those of us who grew up in the 1950's and 1960's didn't see this coming at all, and even if we had, it's unlikely we would have seen the consequences of the proliferation of the factory model into the Third World. The computer revolution, and the over-heated market and real estate speculations of the 1990's and early 2000's, masked the coming rapid decline in America's economic prosperity.
Would the social consciousness and political liberalism of the 1960's have been as emphatic as it was, had we understood then how fragile and temporary our hold on prosperity (including our ability to study, expand liberty, and experience more of life) was? Were the Sixties, in effect, a social phenomenon fueled by a false sense of security and bounty, which was unsustainable, and therefore indulgent and naive?
Posted by Curtis Faville at 6:57 AM

the 60' all of them
filled with semi-hole events..

it all began one day (for me) with that song

and the 50's were a bore, also! I Ike/Nixon
and Joe McCarthy

we got Morons also in The Fourth Estate!

when i came to college in 1974 it was a rather privileged freshman who had a car...most did not...now almost all of them do

i think "mechanisms" like wall street and the world bank were pretty indifferent to social unrest in the 60s...sort of like something to go around in the road

i always tend to think that the intellectual and artistic promptings of the 50s 60s 70s were rooted in healthy human reactions to ways of life that could be nothing but odious..the lyricism in popular music in the 60s is still impressive...much more than it is today

having restated the idealism of living as free people in a completely new way did the young people now older people of that era did they actually accomplish something by way of a more just society??

there are still quite a few young people in college who manifest a sort of ongoing romanticism with the era in question...they're approaching it all with more health information than we had