Alex Smith is NOT the Answer 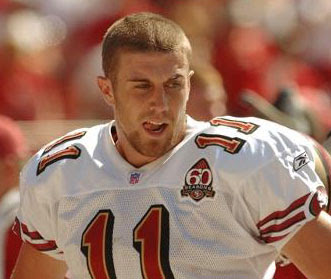 Last week I recommended that the 49ers not be swayed by Alex Smith's primadona performance in the 2nd half of the Houston game. But, unfortunately, Mike Singletary caved in to sentiment, and started Smith against a superior team, the Indianapolis Colts.

In the first half of the Indianapolis game, the 49ers defensive unit performed admirably, showing confusing  line alignments and keeping Hall of Fame QT Peyton Manning constantly off guard.
But the offensive play-calling continued to be unimaginative, and by the beginning of the 2nd half, Indianapolis had figured this out, and predictably went ahead on a trick half-back option play--something the 49ers, under Singletary, would never risk.
In the 4th Quarter, Smith went into his usual funk, throwing wayward passes, stalling, and generally losing focus. One wonders just what might have happened if, with Hill in, they had tried a short passing routine, mixed in with a few short screens to Gore.
Alas, another week wasted. Alex Smith, despite "flashes" of brilliance, and a stylish swagger on the field, is a LOSER. The longer the 49ers persist in imagining that Smith is the answer at Quarterback, the less progress they'll make as a team.
Posted by Curtis Faville at 1:04 PM