Wieners As Outsider - "Cure the Hurts of Wanting"

John Wieners [1934-2002] is a curious and mysterious figure in post-Modern American poetry. An unstable, Gay man, who suffered throughout most of his adult life from severe bouts of delusion, he nevertheless managed to cobble together an impressive, if peculiar, body of work.
He lived quietly, but his inner life was rich with frequently bizarre illusions. Immersed in a close reading of pre-Modern English poetry, many of his poems document a tormented emotional progress, by turns passionate, bitter, coquettish, nostalgic, and fatalistic. Often preoccupied by tawdry Hollywood fan magazines, the strange world of trashy Forties and Camp porn, his delusions, also peopled by real lovers and friends, were transformed in his imagination into a private theater of emotional morality plays. 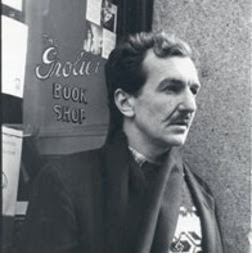 Shelley? Poe? Baudelaire? No se pienso. Poetic expert Im not but the romantic maestros still retained something like formal beauty, did they not? Not to say meter, etc . Shelley's best verse...soars. This kittie....slinks, or crawls....

tho' you may be correct he was sort of a beat--at least his vers libre nauseates like most beatnik-speak (that one weird queer poetical...Hart Crane was never quite so ugly as beatniks). You have a different definition of noir--sort of North Beach noir!--than most of us, too, Sir F. Dash Hammett woulda reached for his derringer