Prior to the Tina Brown Era, The New Yorker magazine had had a reputation for maintaining an air of unflappable imperturbability, its mildly dilettantish gaze easily assuaged with measured investigations into curiosities appearing through its ribboned monocle, as its august cartoon portrait of Eustace Tilley, reprised annually on each January's cover, reminded. Ms. Brown's tenure, beginning in 1992, signaled the end of a distinct period in American culture, and the beginning of another, during which the dumbing-down of public taste and the abandonment of ordinary respectability ensued. Ms. Brown knew exactly what she wanted, and it had nothing to do with taste. 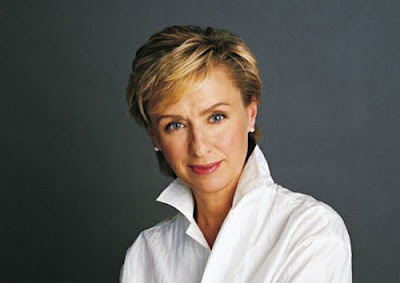 But back in the days when Capote was a regular contributor to it, The New Yorker's attitude towards publicity, glitz and and Hollywood fanfare was strictly pat. Marlon Brando's curious mixture of gauche thuggishness and guileless charm was intriguing. Capote had first met Brando way back in 1947, when the young actor, attired in jeans and white T, had been rehearsing for the production of Streetcar Named Desire. No one would have known, then, how big a swath Brando would cut through worlds of theater and film. 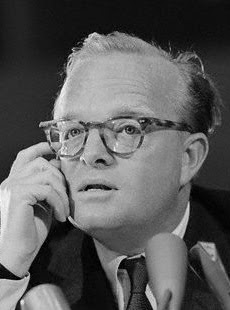 In the course of the exchanges which Capote reports in his New Yorker Profile ("The Duke in His Domain"), Brando makes the following statement: [The movie, Sayonara] "strikes very precisely at prejudices that serve to limit our progress toward a peaceful world. Underneath the romance, it attacks prejudices that exist on the part of the Japanese as well as on our part." The tone of credulity is then immediately punctured by the following amplification: "Oh, Sayonara, I love it! This woundrous hearts-and-flowers nonsense that was supposed to be a serious picture about Japan. So what difference does it make? I'm just doing it for the money, anyway..." 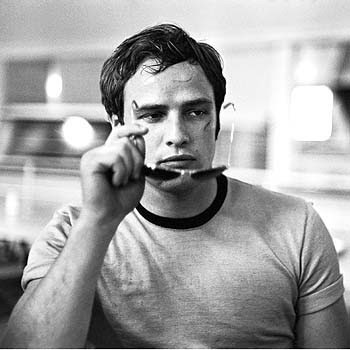 The cynicism here functions on at least three levels. The New Yorker's condescending skepticism regarding anyone's naive belief in do-gooderism is balanced by Brando's own contempt for the movie industry--indeed for acting generally, an attitude he would eventually become notorious for espousing, either as an excuse for his own laziness and shortcomings, or for his disdain for a business whose highest aim was not art, but the holy buck--and the fulcrum of that relationship is of course Capote's own ambiguous obsession with celebrity, status and social gamesmanship, tempered always by his own suspicious, wicked nature.
But the condescension deepens. As Brando goes on and on about his interest in Buddhism, his indulgent appetites and presumptions begin to seem even less integrated. "I've seriously considered--I've very seriously thought about--throwing the whole thing up. This business of being a successful actor. What's the point, if it doesn't evolve into anything? All right, you're a success. At last your accepted, you're welcome everywhere. But that's it, that's all there is to it, it doesn't lead anywhere. You're just sitting on a pile of candy gathering thick layers of--of crust." Brando, as Capote describes him, had been a n'er-do-well, a high school dropout whose early days in New York were spent picking up strays, brooding and fantasizing about his options, temping and half-heartedly dating plain girls. Emboldened and chastened, now, by fame, he believed his phone to be tapped, and felt tormented by the armies of pencil people.
Imagine, if you will, the figures at opposite ends of a small Japanese table, seated on tatami mats. At one end, the slightly overweight American ikon--part bad boy and part sensitive sphinx--tossing off platitudes and dismissals as if he owned the world; and at the other end, a very midget of a man, large horn-rimmed glasses, an improbably high-pitched outré speaking voice, as harmless looking a figure as you could conjure, but with a memory and a mind as efficient as a steel trap. Brando would never be certain of anything, as his career and private life would attest; on equal terms, Capote would as well become more and more scattered, especially after the success of In Cold Blood, his final days eked out in a fog of drugs and alcohol, plastic surgery, social betrayal and ostracism, embarrassing confusions and artistic shambles. So in a very real sense, these two vastly talented figures--the one an "unconscious" actor of broad gifts but almost no self-control--the other an anxiety-ridden social climber envious of fame, and determined to elevate his modest writerly gifts to a position of eminence in the tawdry arenas of glamour, fashion, exclusivity and power. In these circumstances, a kind of tenuous symbiosis may develop in which both parties feed off the other's corruption, in the bemused gambit of mutual exploitation.
The Duke in His Domain is a kind of surrogate theater in which the culture looks at itself. What is theater, one might ask, but a culture absorbed in its own dream? In real life interviews, or profile portraits, we are as much the object of our own curiosity as the subject itself is. Brando had seemed to transcend the limits of our folk myth of the untutored natural man, but his ventriloquist's mastery of classical prototypes was in the end just the traveling salesman's bag of slick tricks. Capote's version of him was exactly what the culture wanted at that point in time, to confirm its own puritanical suspicions about the counterfeits of fame, and the haughty contempt in which it held pretenders to respectability and sophisticated talent.
The Sayonara production team, headed by Joshua Logan, had originally intended to put Audry Hepburn into the part of Hana-ogi, the beautiful Kabuki/Geisha Girl, Brando's love interest, but she had declined. Into her place stepped Miiko Taka, a native American-Japanese girl working as a clerk in Los Angeles. The use it made of her in the film, is of a piece with the belittling description Capote gives of the Japanese maids who wait hand and foot on Brando during their interview in the Japanese inn. Just as readers of Capote's Profile might confirm their hunch that Brando was "a young man sitting on a pile of candy"--Hollywood could play out its storybook banalities of a mixed match romance between American servicemen and mincing Geishas, serving it up as multi-cultural art-speak while preserving all the usual trite, prejudiced social conventions. In Michener's novel Sayonara, the unhappy couple parts at the end, but in the movie, love conquers all. Did American audiences really want that happy ending? Did they want Major Gruver to get his Hana-ogi, did they want Suzie Wong to get her Robert Lomax, Dr. Han Suyin her Mark Elliott (in Love Is a Many-splendored Thing)?
Certainly, neither Marlon Brando nor Truman Capote really cared about such verdicts. For them, and for The New Yorker, the real interest lay in the confrontation, in that never-never land where art, publicity, fame, talent, vicarious curiosity officially hold court. Perhaps this was what Tina Brown understood, when she took over as editor of The New Yorker in 1992, that beneath the trappings of respectability, the old rag was really nothing more than a commercial machine, chewing up fodder for our collective boredom and disdain.
Still, The Duke in His Domain is a work of genius. Right up there with Lilian Ross's Portrait of Hemingway. They're like wonderful cartoons, like Barbara Walters and Dick Cavett and Oprah Winfrey. Actually, more like Ed Murrow doing Elizabeth Taylor in Rome, the blue eyed sinner sitting calmly beside her hubby Eddie Fisher, while (unbeknownst to anyone but herself at that moment) hotly pursuing Richard Burton between takes on the set of Cleopatra! Now there's a fit subject for study! I hear Angelina Jolie's going to play her next.
Posted by Curtis Faville at 10:21 AM

The cartoons were excellent.

You mean the talk show hosts?

Imagine, if you will, the figures at opposite ends of a small Japanese table, seated on tatami mats. At one end, the slightly overweight American ikon--part bad boy and part sensitive sphinx--tossing off platitudes and dismissals as if he owned the world; and at the other end, a very midget of a man, large horn-rimmed glasses, an improbably high-pitched outré speaking voice, as harmless looking a figure as you could conjure, but with a memory and a mind as efficient as a steel trap.

American mediocrity, personified. Interesting speculations, however Sir F; hopefully you don't mean to suggest some hushhush stuff regarding Brandau and Capote, do youse?? Fugly. Brando sounds pretty ...stupid at times, hardly different than like a Stallone or Schwarzi, but he passed his community thee-at-turr course in reform school or something. yo, youse goombas, ah'm feted to play one Marc Antony, the one and only ... Kurtz he ain't.

That said, I sort of agree Capote was nearly a serious writer of sorts, but his public persona, the Tonight show "outré-schtick" make it difficult to take him seriously. There was a slightly existentialist aspect to some of the New Journalism writers that has been forgotten: Didion, Mailer (tho I detest his heavyhanded schtick as well), Capote, even Hunter S Thompson had that. Reagan and his moralists, or maybe it was french maoists have pretty much brought back ...Happiness! progress and heroics of various sorts (capitalist, or commie), even thought the world's at least as focked as it was in 60s.

but
i don't know anything about hollywood actors
or capote
so

WV coraps
sounds like some sort of bodily function