From the Gallery of Heroes - Gore Vidal dead at 86

It's difficult to imagine anyone of my generation not being familiar with the name Gore Vidal. Beginning in the 1960's, his books seemed perpetually to be on the best-seller lists, and the man himself became an iconoclastic public figure, in debates and interviews and muckraking articles, and even political speeches. The facts of his life are well-documented (he wrote and spoke a good deal about his ancestors, his friends, and his interesting life), so I won't go into the an exhaustive rendition here. 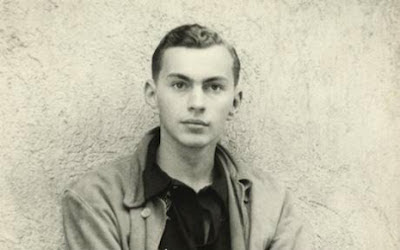 From an early age, he understood the human character, its fragility and corruptibility, and this became the ultimate guiding principle in his fiction, dramatic works, as well as his non-fictional essays. 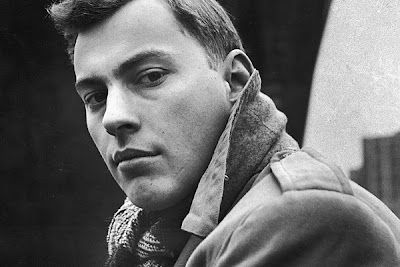 A promiscuous bi-sexual in his youth, he became a staunch advocate of homosexual rights, and several of his novels address the issue of sexual difference. 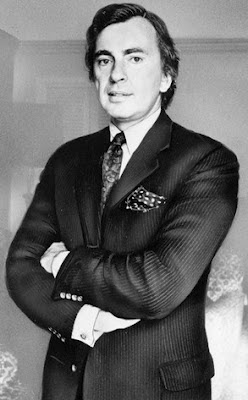 Despite a strong naughty and comic streak, he was a dead serious political critic who took his queue from ancient history and philosophy. He felt that the "American empire" as he called it, was probably on its last legs, and he took it as his personal obligation to campaign for its resuscitation, mostly in the essays, though his fictionalized accounts of American history present a picture of our national memory distinctly different from the official version(s). 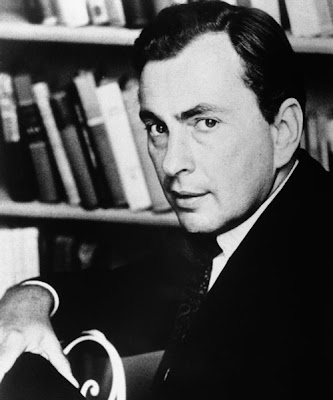 My favorite book of his was Julian [1964], an epistolary novel that is constructed around the exchanges of a group of Roman philosophers. Its evident purpose is to criticize the installation of Christianity as the official religion by the Roman empire, setting into motion centuries of backward thinking and public policy. It's a better book, of its kind, than anything else I've ever read, including those historical novels of Robert Graves. 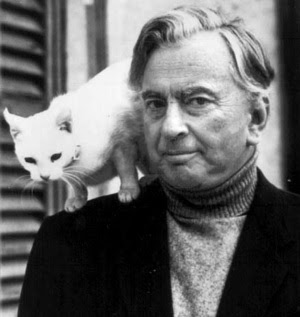 Vidal was a hedonist, and not just in the physical sense. He lived for most of the latter part of his life in a beautiful mansion--called La Rondinaia [The Swallow's Nest])--high atop the cliffs of the Amalfi Coast in Italy, returning periodically to his homeland for visits.
Aside from his voluminous fictions, his brilliant essays form the core of his literary importance. His collection--United States [Random House, 1993] won the National Book Award.
About ten years ago, I heard him speak in Marin County. He was as always, charming, amusing and self-absorbed. Like many conspiracy theorists, he tended to think in terms of how events related directly to him. This was his way of "personalizing" history, of making it concrete and palpable, rather than something remote which you read about in the newspapers.
As a fiction writer, he disdained formal innovation, and liked to imagine that all stories should be told straightforwardly, without pretense or abstract methodologies. Though he had never attended college, it was clear that he was better educated than most academics.
Like H.L. Mencken, he enjoyed puncturing sacred dummies, and liked nothing better than stirring up controversy. He feuded with and argued and blustered against his enemies, but took great amusement in doing so. He liked a good fight.
Despite this combativeness, he was usually cordial in private, and stood by his beliefs. Over the last decade and a half, he wrote a good deal of autobiographical reminiscence, nearly all of which I read. It was like the deep gossip you were greedy to be privy to, and he didn't disappoint. 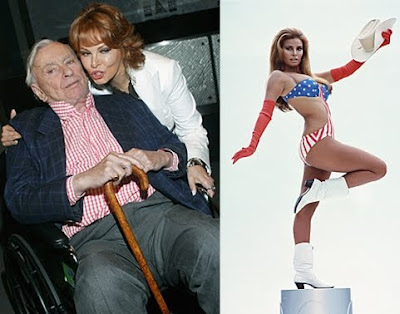 Like Mailer, and Capote, Vidal understood the importance and meaning of the public media world of the 20th Century, and like them, he manipulated it effectively for his own ends--both for his own reputation, and to promote his public agenda. They were a new breed of artist, devoted to their craft, but also cognizant of the wider parallel world of current events and media flux. Vidal made himself into one of these new kinds of media heroes, while not abandoning the quiet values of study, contemplation and artistic endeavor.
I will miss him.
Posted by Curtis Faville at 9:45 AM

Thanks for writing so succinctly and well about this complex man, whose intellect and instincts were so undeniable. And thanks especially for the note on Julian, a novel every thinking American should read.

Thanks for this appreciation, Curtis. Have you seen the photo collection, Gore Vidal: Snapshots in History's Glare?

Some wonderful things there, which send one back to his writing.

I have the book on my bedside table.