The Myth of Trickle-Down Job Creation 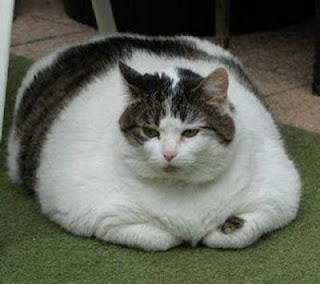 Governor Romney has rung the familiar charity bells for the "poor" rich folks who've had a tax holiday over the last decade. It's such a hackneyed refrain, as indelible as the jingle bells of the corner Salvation Army dragoon, dressed up in a Santa suit and looking pathetic holding out a little red pail for charity. Someone remarked that if Romney were Santa Claus, he would fire his reindeer and replace them with a coal-fired steam engine. The railroad industry long ago abandoned steam in favor of diesel, though Romney may be unaware of that; he seems to have lost track of history somewhere back in the early days of the previous century. He's such a generous guy he's sworn not to "lower" the tax burden of the rich. What a guy! During the Clinton Administration, when the rich were paying their fair share, America's economic engine was chugging along. The great Recession got going when we gave the rich back their hard-earned winnings during the Bush years.

According to Romney, the quickest way to get the economy going again is to let the rich keep their money, while the middle class takes on more taxes to pay off the debt that was created during Bush II. This will promote growth as the rich invest in the economy, creating more private sector jobs.

Is there presently a shortage of investment capital in America right now? Not according to economic analyses. There is an incredible stockpile of unspent capital which corporate America is holding on the sidelines. As much as $400 billion is sitting in the coffers of corporate accounts. The commonly reported excuse for this hoarding is that "business uncertainty" is making it overly cautious. It's "waiting on the sidelines" before sending its precious stimulus into the game. It lacks "confidence" that tax and regulatory policies will be favorable enough to justify its high stakes risk in America.

Let's get a few things straight about investment strategies. Once upon a time, America was a very good place to invest. Our capitalist economy was designed to facilitate easy access to money, and our entrepreneurial spirit was expressed through the rapid rise and consolidation of industry. Ours was an economy of scale which dwarfed the competition. But the Great Depression, which as a typical business cycle correction was unusual only in the depth of its effects, reminded everyone that capital investment, unchecked and unregulated, presents great risks to society at large. The Great Recession of 2008 was produced by the same kinds of exaggerated risk-taking as the earlier one had been. The lessons taken from these broad corrections are typically the same for both sides of the equation. Business is reminded of the risks of unbridled expansion and unwise investment; and labor is reminded of the need to build in regulatory checks to curtail the behavior of the investment community. Keynesian theory presumes boom-and-bust economic cycles--accepts them as a given--and suggests we soften the extremes through curbs on profit, and a social safety-net for the bottom, with various kinds of stimulus to bridge from one peak to the next.

Smart capital investment knows that the shortest route to improved margins is to hold down costs. Throughout the post-War period, American labor made gains in pay and benefits, and influence. Capital gritted its teeth. The memory of the consequences of unbridled investment activity was still fresh in everyone's minds. But collective memory only lasts for about a single generation. By the 1980's, the "me" generation had convinced itself that the risk-reward formula justified our removing the safeguards, and playing fast and loose with America's investment pool. By the 1990's, corporations were beginning to beat back the unions, cut benefits, and trim payrolls. Much of the "growth" of the 1990's and early 2000's was based on this cut-throat cost-cutting. In the 1990's, everyone was talking about "globalism" and the new world-wide economy that would "raise all boats" in the flood of prosperity.

What they didn't tell us was that the new global economy meant a series of sudden jolts, as investment money--and jobs--moved rapidly from place to place, seeking the best opportunity. We'd been told, or perhaps everyone just assumed, that improving the economies of the third world would automatically mean good times at home. Unfortunately, just the opposite was true. Smart money was moving overseas, where the pickings were choice, and the downside less. Why pay American workers, when you could pay foreign workers 100 times less? Why pay American taxes, when you could siphon off your profits and offshore them in palmy West Indies havens?

The Republicans' mantra about investment flowing down from above simply isn't true. If the present unspent pool of corporate capital refuses to invest in America now, what would make it any more prone to do so in the future? What policies, which don't already exist for big capital, would Romney promote to improve the likelihood of trickle-down job creation?

Smart money doesn't want employees, who come with all the usual baggage of wages, taxes, health care and benefits packages. Smart money wants to CUT payrolls, not increase them. In the common sense arena of corporate management, payrolls represent the biggest single threat to the bottom line. Once you hire a body, you take on an enormous burden in obligation, one that necessitates the maintenance of a large part of your administration just to service it.

Globalism is just the latest iteration in the evolution of smart investment theory. There is no such thing as loyalty or patriotism in investment. Smart money doesn't waste its time on philanthropic black holes. It's true that automation has eliminated many jobs, but the fact is that most American manufacturing and resource extraction jobs lost over the last quarter century, are not coming back. Because smart money won't let them. And the smart money is the rich people, whose taxes we've been keeping low for the last decade.


Believing that rich people will invest their tax break windfalls in job-producing American industry is the sheerest folly. Selfishness and greed respect no borders. If someone tells you that voting for Republicans will help "manage our economy" or spur growth at home, they're lying. And they know they're lying. Do Americans know that trickle-down is a crock, that more tax breaks for the rich and the corporations won't result in more jobs here at home? A lot of them don't seem to.
Posted by Curtis Faville at 10:28 AM

A smart analysis (or should I say definition) of key economic terms: and without necessarily taking political sides. There are realities that transcend party affiliations.

I believe Obama's Keynesian 'economics' is the sensible course to take: and I hope a second-term (under Obama) will see those government monetary 'stimulus' measures take effect.

I say "OFF WITH THEIR HEADS !"
and let's redistribute the wealth

I just want enough to buy a large shoe:

I'm Buster Brown
I live in a shoe
That's my dog, Tige,
He lives in there too

we sure spend a lot on wars and revolutions... the basis of that "trickle down" stuff you speak to ...

OFF WITH THEIR HEADS !
LET THEM EAT CAKE !
DAMN THE TORPEDOES Full Speed AHEAD !

PRAISE THE LORD AND PASS THE AMMUNITION !