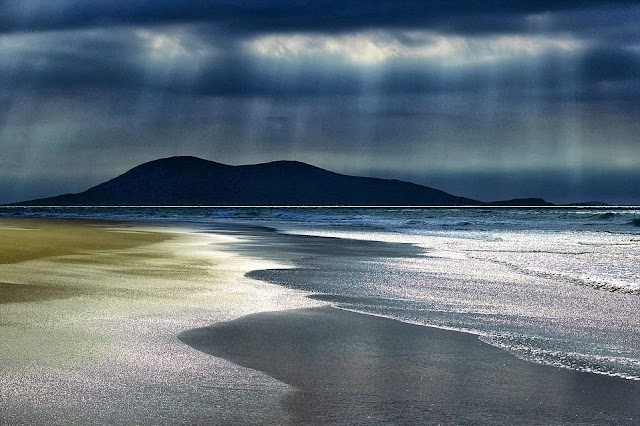 An oar floating
on the waters
was your only epitaph.

thanks for this.... a BRILLIANT poem....
got me up in this 2 a.m. thinking of connections out of my own mind/experiences...

first thought was of Greece and the Greek Islands.... fisherman and adventurers
then thought of Pound's opening )'men went down to the sea in ships)
then seeing that Island and looking around for Pablo Cuadro...

as CLOSE as we are to South America as close as we should be to their Poets/Artists
( about all we read re: Spanish Lanuage poets is Paz and Lorca !

I guess South American poets are neglected because of our War attitude down there ? ... Sandinistas and Guatemala and Nicaragua and Mexico and etcs ?

this little piece out of his book... is EPIC !

I am wondering if this Fisherman who ? Cifar? just left his little row-boat and swim to that island and disappear into an idyllic life with the island king's cute daughter .... well, and good, and painted pictures and wrote poems about "her" and ignored the world-of-crap beyond the shore-line that those eternal Capricorn waves lap up upon ?

As you know, I have a suspicion of minimalism which tends to borrow energy from the Asian formalities, which once inspired early 20th century explorers like Pound.

Cuadra's little notation is like an "imagist" poem, but I don't think it suffers by the association.

It's an elegy, albeit an anonymous one, like the unknown soldier.

I thought it a kind of universal for sailors, too. Oars being symbols of water-craft. Rowing. Sometimes an oar is all that is left of a sunken vessel.

mostly I don't think
in terms of 'minimalism/ist pieces...
more like a "thing" inside of a larger {set}
can and (when it is doing it s job) stands on it s own...
most of the Minimalist Poems, it seems to me are merely
trickeries and gimmicky-ids
and most MOST of the "minimalist" poets and their poems are boring at best and tend towards hard-edge graphics....

the so-called minimalist Poets/Poetry that I have a hankering towards are part of a larger context/narrative...
and

as I am out-of-my-element in any absolute definitionings or prescriptionings
I am of to drink my weekly 3-glasses of prune juice...
and work on my The Prune Juice Poems.

I loved this poem!

What keeps it from minimalist gimmickry is the presence of the word "fue," no? Couldn't the poem be:

I guess that "it" depends upon
the linguist/reader
rather than the language translated ?
from ?

here ? I have enough trouble getting down
in words or art what is in my own mind
in my own language and it s various forms...

just how many "perfect" tenses are there, anyway ?

as Charlie Chan once said:

"easier to translate from a foreign language
than to write in/of one's own."

sun is out
over here
ain't life an hoot ?