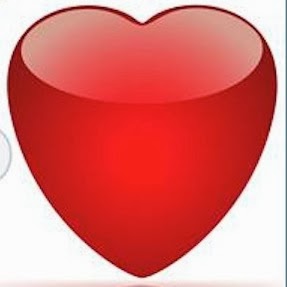 I have been married to the same woman for almost 45 years. Perhaps this is not noteworthy, despite the epidemic of divorce, and the inclination of people of my "liberated generation" to engage in other sorts of "arrangements" (short of matrimony), but it's a tribute to something--perhaps my wife's stubbornness, or to my lack of imagination. 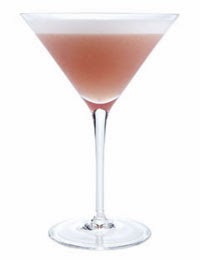 The notion of celebrating love by devoting a single day a year to it is a pretty silly gesture. Love--and lust--are powerful motivators of emotion and action, though in our puritanical culture, displays of emotion and feeling are somewhat muted. In true capitalist spirit, we've turned Valentine's Day into an extravaganza of gifting and spending, appropriating what once was considered a religiously based observance. If Saint Valentine actually ever sent a farewell "valentine" to the daughter of jailer, he'd be surprised to discover, were he conscious today, eighteen hundred years later, how flagrantly trivial and secular his official day has become.

But we don't need excuses to express positive sentiment, do we? I mean, you can kiss or hug people you love or admire anytime, and many people do. Personally, I was raised to do this only on occasions of intimacy or extremity. Young people do a lot of hugging these days, and it's become sort of obligatory. Between men, a good handshake should usually be sufficient. Women are expected to emote more openly. Kissing the air beside someone's cheek has always seemed ridiculous to me, but in other cultures, it's de rigueur. I've always thought kissing a woman's hand is a really cool thing, but try it today, and you're likely to be laughed at.

But enough excuse-making. Here's a concoction for the terminally jaded, or an innocently sweet way of saying I love you. I noticed today at the grocery that those really big strawberries they sell nowadays look rather like hearts. 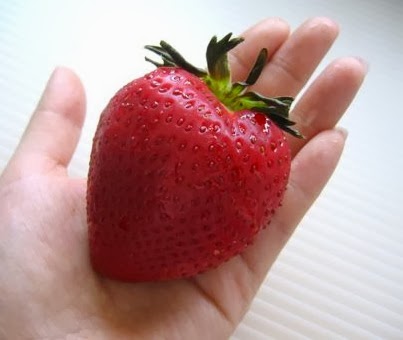 Are strawberries a good valentine's symbol?

In any case, I recently discovered a new mixer--the so-called Cotton Candy liqueur. It works perfectly in some drinks, so I invented one application that really tastes like a valentine.

--shaken and served up in a well-chilled cocktail glass.

Posted by Curtis Faville at 1:22 AM

I was just thinking about love today, after reading the penultimate chapter on the subject in The Power of Myth. Almost 45 years! Sounds like you found the real deal.