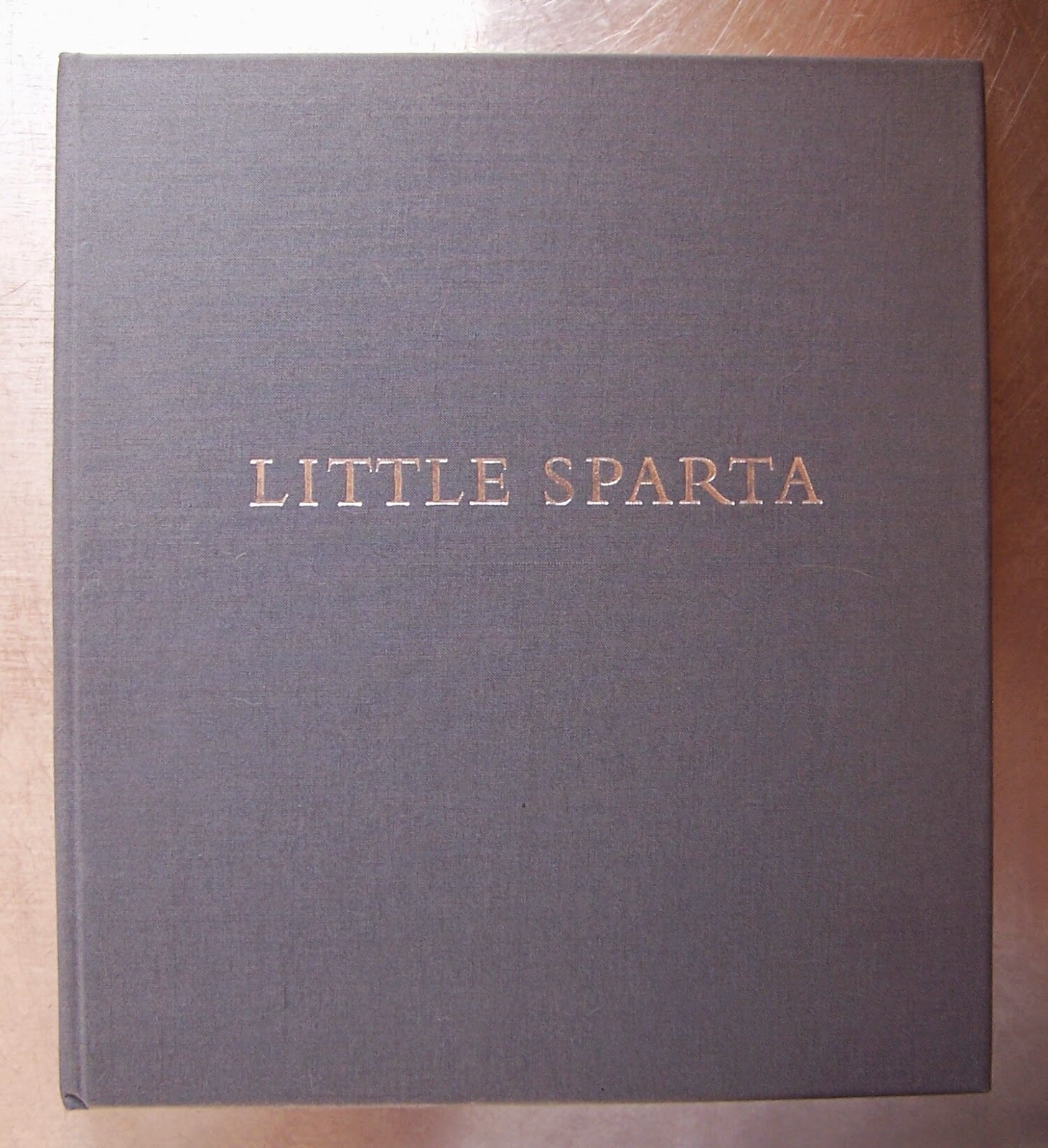 I've written about Ian Hamilton Finlay's garden, Little Sparta, previously in my post of Wednesday, June 24, 2009.  We visited Scotland in 2006, and enjoyed an afternoon visit to the garden, and a brief tea conversation with its designer, Ian, himself. 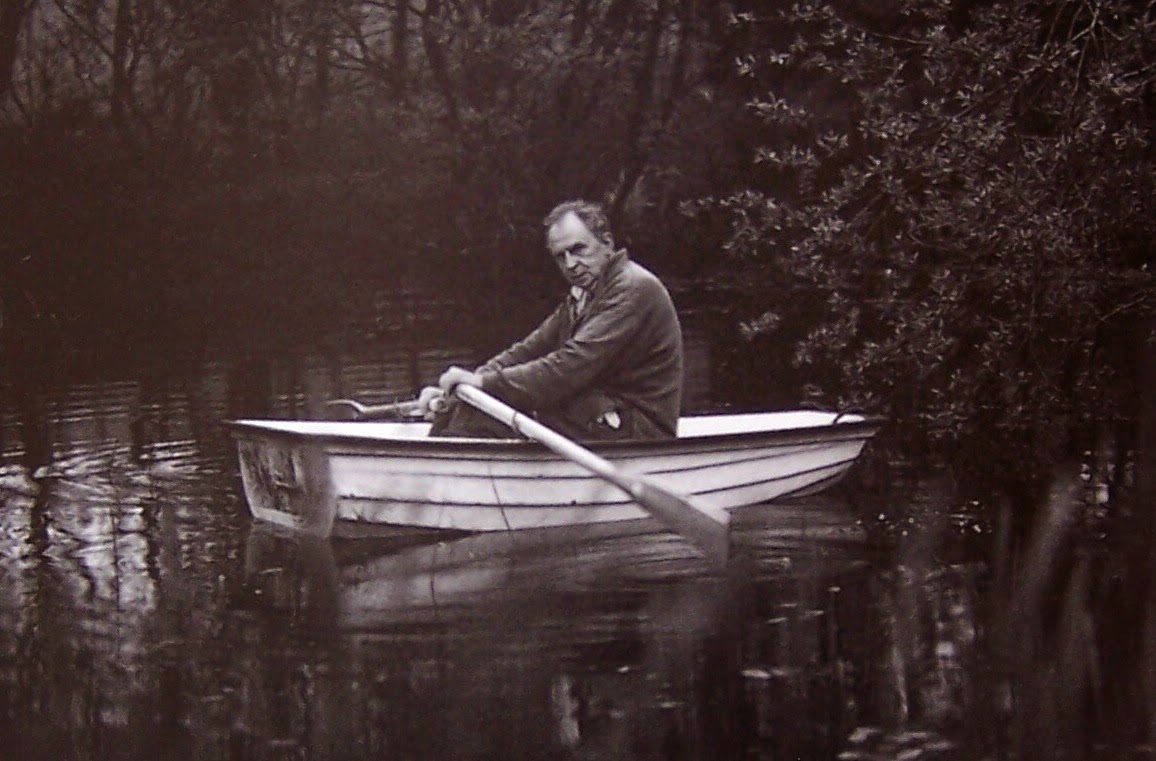 Finlay, who died a few months after our visit, was a poet, and thought of his gardening project as a poetic artifact, rather than a landscape design. Or perhaps it was both things, and much more. Finlay completed a number of landscape commissions, and his own property was the crucible for many of the design ideas that he used elsewhere. He wrote less poetry over time, though many of his visual works of art on paper incorporate what has traditionally been called concrete poetry--that is, poetry that expresses visual meanings through wit or visual design of words or letters. 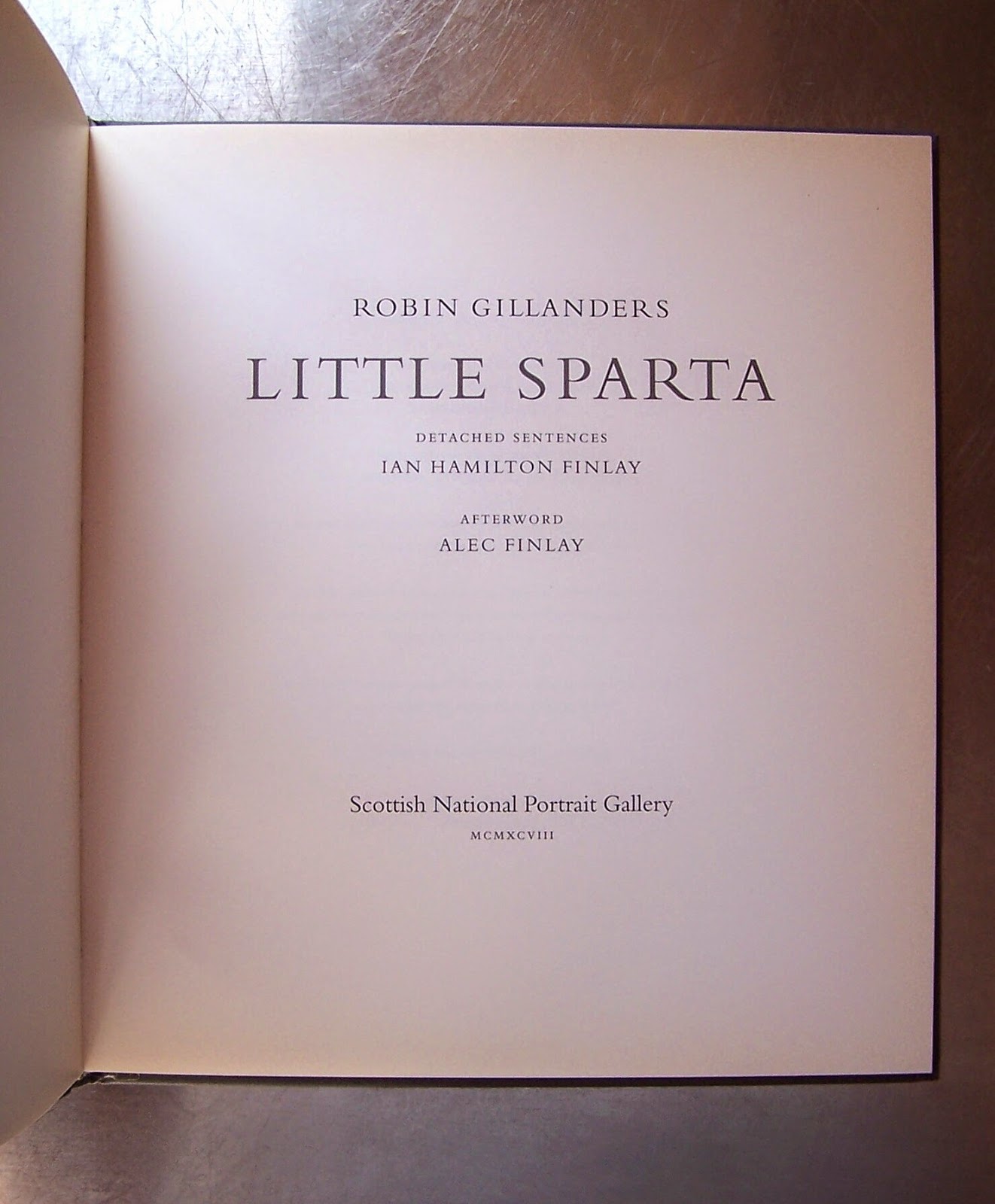 This book is a collection of black and white photographs of Little Sparta, by Robin Gillanders, as well as a selection of quotations by Finlay, some of which I will quote here. Little Sparta is difficult to photograph effectively.

A garden is not a fixed principle, at least in Finlay's mind. It is an evolving, modulating construct, which not only changes through seasonal influence and growth, but in the eye of its maker, and the viewer (occupant). A garden may have preferred views, and preferred times of the year (at its best) during which it should be seen. But it is a procession, a movement through spaces. There is really no way of representing how it feels, physically, to move through a garden. A camera cannot convey the way something smells, or the brush of a leaf against the arm, or the feeling of a stone underfoot. Each person's experience of a carefully thought out garden, kinetic and processional, is unique, and cannot be conveyed in pictures or film or diagrams.


A garden is not an object but a process.


This is the a priori principle of Finlay's conception.

Finlay's notion was that treating a garden as a purely aesthetic or scientific phenomenon robbed it of its soul.

The dull necessity of weeding arises, because every healthy plant is a racist and an imperialist; every daisy (even) wishes to establish for itself an Empire on which the sun never sets.

The larger implication of an appreciation of nature is that the universe is not merely a basically inhospitable place, but that, under even the most propitious circumstances, it fosters competition, and that this fundamentally contentious aspect is expressed everywhere that there is life. 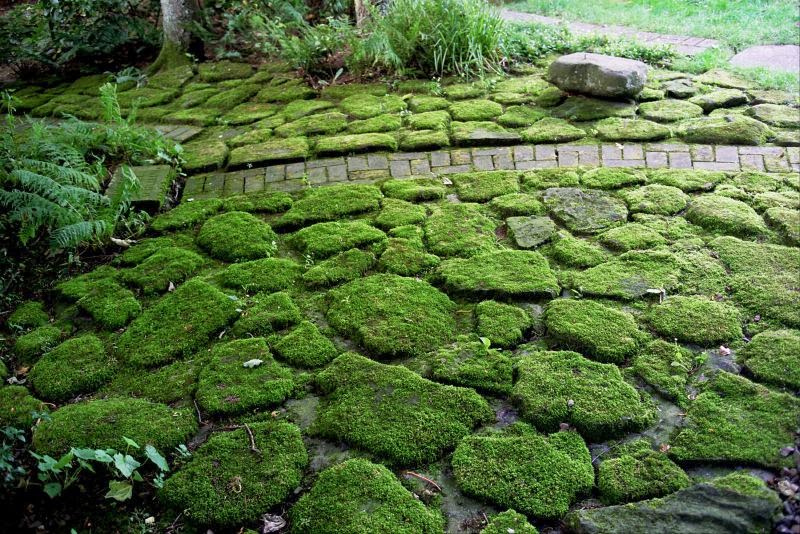 Certain gardens are described as retreats when they are really attacks.

What these statements alert us to is the intense and sophisticated vision that Finlay brought to his landscape projects. They can stand alone as independent critical pronouncements about landscape design, or as pure aesthetics. Taken in conjunction with his projects, they comprise a complete post-Modernist philosophy of garden design and meaning.

The most pleasing aspect of water--strange to say--is its flatness.

In the whole of philosophy there is almost no weather.

It may be worth observing that it's unlikely anyone but a poet would make these kinds of statements. Finlay moved quickly from the writing of poems, to a conceptualized view of abstract texts which are more like works of art than literature, and then on to an exploration of the thematic materializations of spatial concepts. 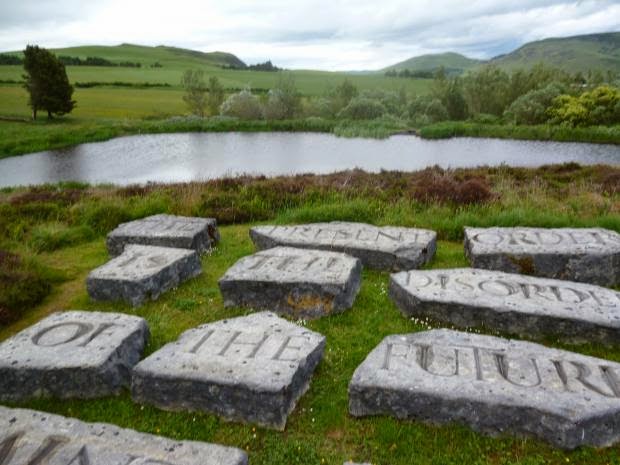 Formal gardens are (as it were) statues of Nature.

Superior gardens are composed of Glooms and Solitudes and not of plants and trees. Both the garden style called 'sentimental' and the French Revolution, grew from Rousseau. The garden trellis, and the guillotine, are alike entwined with the honeysuckle of the new 'sensibility'.

This combination of decoration and violence is characteristic of Finlay's reading, and one we don't ordinarily associate with gardens. The competing values are surprising, especially inasmuch as we don't think of a composed space as exhibiting or containing open conflict. A decorative garden may symbolize the domination of space by privilege, but it might also offer a threatening revelation, an unexpected reminder of mortality.

There is more tolerance of classical gardens than of classical buildings. The former bring to mind Claude and Poussin, the latter Albert Speer.

Finlay has been criticized for his appropriation of certain aspects of Nazi iconography. I have never completely understood his underlying intention, but it seems to derive from conflicts that he had over the years with public authority-centres, which left ironic scars that were expressed as tamed menace (guns, submarines, military insignias etc.). It had an adolescent aspect, as if these were the naughty toys of a naughty boy--not that this was inappropriate for a quirky post-Modern artistic temperament. There's a kind of ethical translucence in being able to see Speer's gaunt fascist brutalism as a purely visual immanence, devoid of association.  Perhaps it is an assertion of the power of imagery to invoke feelings outside of assigned values.

It is the case with gardens as with societies. Some things require to be fixed so that others may be placed.

We are unaccustomed to read political meanings into gardens, though there is no reason why we should be. It's Finlay's genius to have thought through these kinds of implications, and to get us thinking about them. The dissociative effect of seeing written language as distinct from its assigned meaning may be the key to understanding Finlay's garden art. The natural tendency to regard organized nature as an aesthetic pleasure in situ, is turned completely upsidedown, seeing trained plantings as wild and combative in a Darwinian context, while placing loaded signs from classical antiquity and myth as not-so-sutble hints to pilgrims. It's a question whether visitors to the garden even realize what they are being shown.
Posted by Curtis Faville at 6:09 PM

these are real gems. Glad to see the marriage of form and function alive even in contemporary (minimalist) verses. Some have the feel of horizontal haiku: nature-inspired and nature-directed. Some are just quirky brilliance.

It's just this look for poetic patterns (and inspirations) in gardens that probably made Pope great, too

This is truly fine writing.