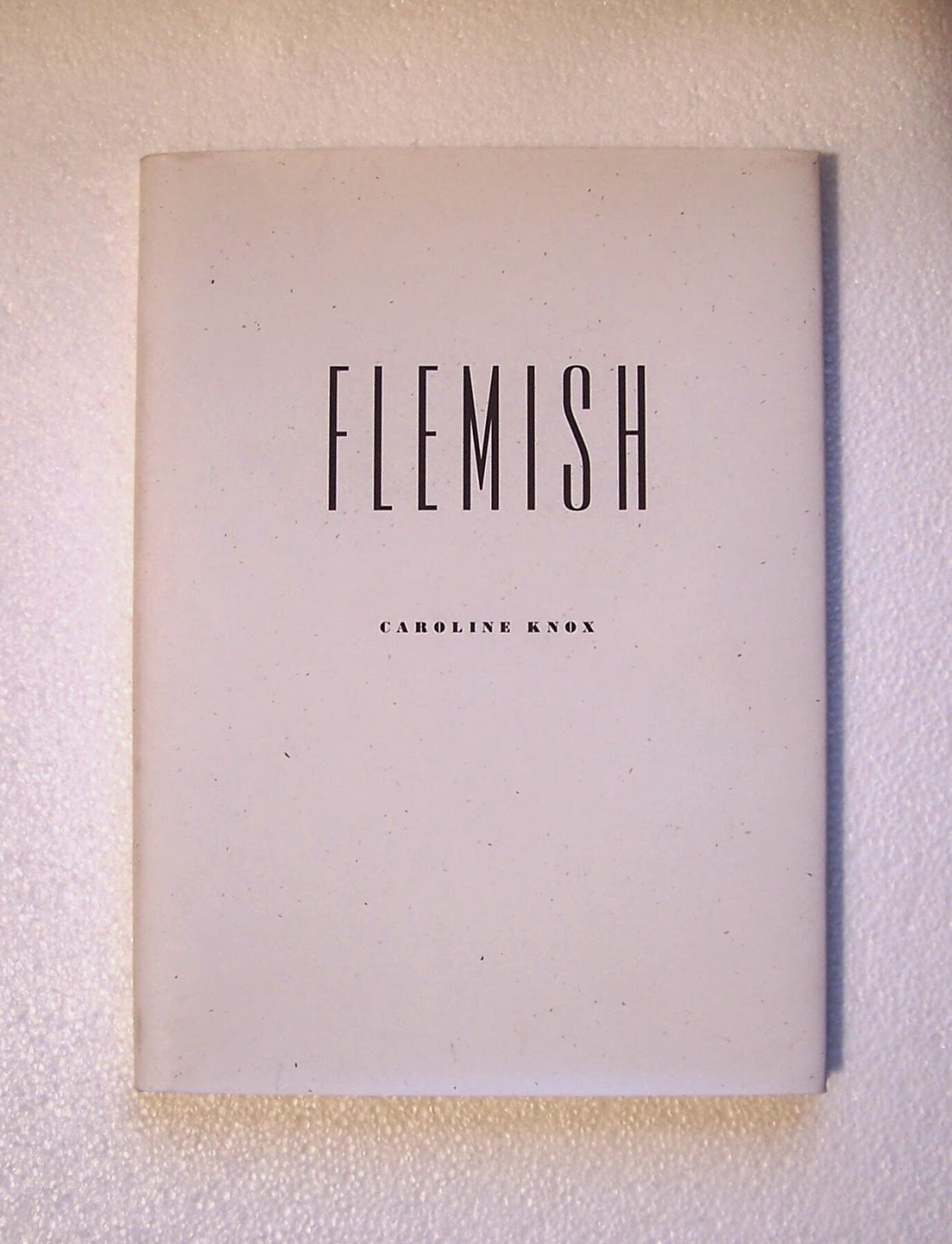 A book review can be in any form.

It could be an account of meeting the author.

It could be an interview.

It could be a biographical account of the author's life.

It could be a discussion of contemporary poetry, in general.

It could be a discussion of literary taste.

It could be about the physical qualities of the book, the typeface or the binding or its design.

Many book reviews attempt to place the author within the context of her own work, or within a tradition to which she may be thought to belong.

Reviews of books of poetry are often written by people who have no knowledge or feeling for poetry at all.

Some book reviews of poetry are by friends or colleagues of the poet, and are written to give encouragement to the author.

Some are meant to discourage the poet from writing or publishing any more poems.

Some are written by people who don't know the author, who have never heard of her work before, and have no feelings one way or the other about her work, prior to reading the volume in hand.

This last instance applies here. I have never read any other books or poems by Caroline Knox. I had never heard of her before I bought this book last month at a used book store. I had no preconceptions about how old she was, where she lived or came from, or what she might be doing for a living. This may be an ideal vantage from which to view a book or a work of art. Once we're familiar with a writer or artist, and their work, we may have difficulty seeing it without prejudice or misconceptions. Coming fresh to a work, on the other hand, can be a refreshing experience.

Flemish is a beautiful cold-white clothbound book, with red endpapers, and a matching white dustwrapper lettered in black. The page layout is broadly generous, with lots of white space around the poems. I don't know if the work in this book is typical of the author's previous published work, or if it is a new departure. A book can be simply what it is, without any reference to anything else the author may have done. That is how I am thinking of Flemish. 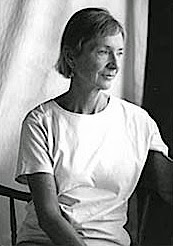 The first thing to say about the thirty poems in Flemish, they aren't "about" anything. The events and things that are named or appear in them are not subjects to which the poems refer. They are not descriptive, not expressions of feeling towards an object. In this sense, they are impersonal. They are about the thoughts that occur to the author in a certain accidental or gratuitous order. A poem may begin with a phrase, or an object, but the poem quickly shifts into alternating voices or layers of elaboration. A theme or trope may be reintroduced later in the poem. Nothing in any of the poems seems to need to be there, which gives the poems a kind of free irresponsibility with respect to the reader. The poems have no obligations to make sense, or to make a point, or to communicate anything of importance to the reader. This isn't poetry of high purpose.

Here's a prose poem towards the end of the collection.

The Scottish play the bagpipes with dignity to escort people from here to there. You can read about this in Wee Gillis. An English teacher was teaching himself Finnish: "Every morning my wife and daughters ask me, Have you finished your Finnish?" Well, had he? Finnan Haddie! It's an appealing idea, costumed musicians accompanying you wherever you go. Bath is an antithesis of Scotland, fount vs. tarn. Elsewhere, a mighty pinto was named Atlas not because he was strong (which he was) but because his markings described the Americas. Suppose you are headed up the crags to visit this tarn.* In the US your car has bumpers; in the UK, guards. Bumpers is defeatist, isn't it? As if you knew you'd crash. This text could be set in Helvetica.

Most of Knox's poems contain odd bits of information or data, sometimes in foreign language, with which the reader may not be familiar. The reader quickly picks up that there is no particular reason that these odd bits are there. They may be suggested by the sound of another word, or by some mental association the author has of them.

In children's nonsense verse, silly word combinations may occur as rhyme, or as attempts to provoke a sense of possibility or fun on the part of a child's reading perception.  The most ornate kinds of writing--in Shakespeare's Plays, for instance, or in Joyce's Ulysses and Finnegans Wake--may be so jammed with unexpected word combinations that it may seem almost to be a kind of nonsense word play, at least initially. Highly energetic language may also hold loads of meaning, but that is clearly not the case with Knox. The poems are serenely cool, and the content isn't the point.

In the poem above, which is typical of the kind of progression Knox's poems follow, there is a cluster of objects, nouns and phrases which all refer to Scotland. It is, then, a "scottish play". The poem works off of the clichés we may think of as scottish, but it seeks to tell us nothing of any import about Scotland or Scots. The poem is basically about itself, and nothing else. It is self-referential. Wee Gillis happens to be a famous children's book by the author Munro Leaf (also the author of The Story of Ferdinand [1936]), which was published in 1938. Wee Gillis is juvenile literature, the kind of story that may become the common inheritance within a common speaking culture (English). The juvenile sense of Scotland matches the faux naive spirit of the writing: "Have you finished your Finnish?" Well, had he? Finnan Haddie!" Thence to Bath, founts, tarns, a pinto named Atlas, a map of the Americas, automobile bumpers, guards and a typeface known as Helvetica. This cluster of nouns and things may have other gratuitous threads of association. A Pinto is an American car. And there are formal jokes: the poem might "crash" instead of landing; and then there's a jolt of context with the reference to typeface. The words in the poem may be said rather to be like toy cars in a demolition derby, bumping off one another. The whole exercise has been a not very elaborate put-on, neither really very witty, nor intriguing. Not joyful, not sad, not ingenious.

On one level, its casual glibness is a statement about the unimportance of free variation, how the mind makes irrational connections out of ganglia of association. In a sense, no one can keep from having trains of thought like this, because the overwhelming burden of data we inculcate from the constant stream of experience and self-generating conscious and unconscious thought guarantees that these kinds of accidental sequences will always outnumber the more deliberately organized kinds of thinking and expression we usually associate with intention. 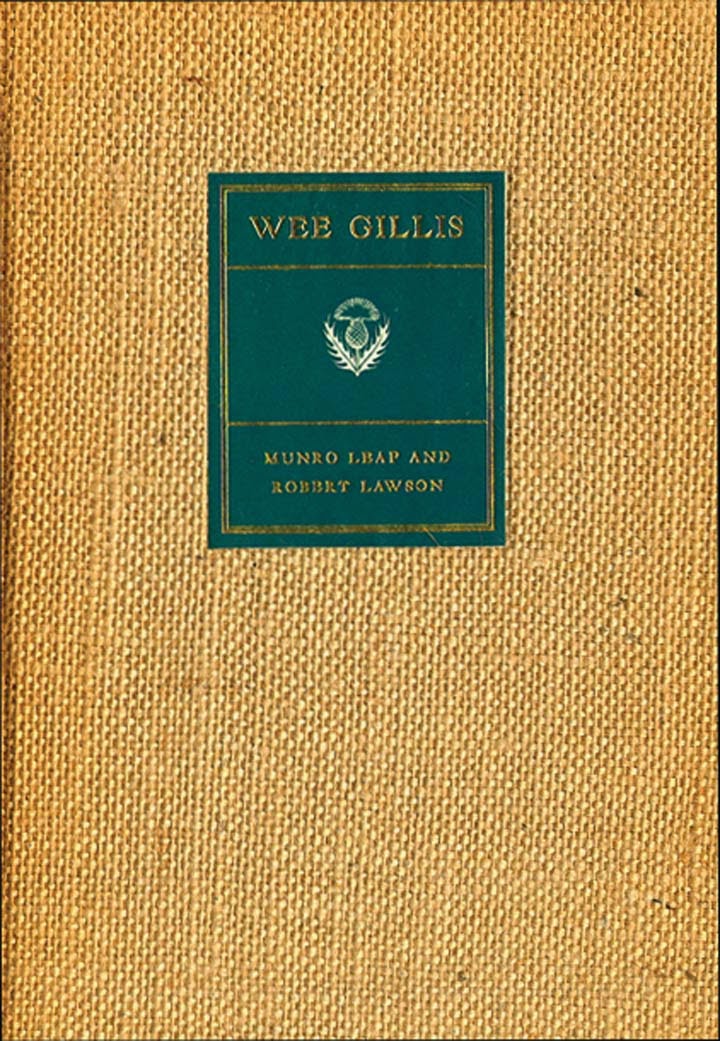 * (Tarn is Scottish for a cirque lake, which is to say a lake formed as a depression excavated by a glacier. We have cirque lakes in North America, but we don't call them tarns. We call them alpine lakes, or cirque lakes.)

He Was a Chartist

He was a Chartist in his apartment
opening cherrystones for guests at lunch,
cutting his hand and getting lemon in the cut.

Rats! his apartment was on the seventh floor
over the 1920s brick courtyard
with sawtooth dentils and long railings.

He was an allergist when he opened the window
to the blue shadow over half the ceiling.
He was a Zimbalist, a cousin by marriage.

Spraying the hinge with WD-40,
he was a parodist, he was a quietist.
But he was a kabbalist when he opened the book.

he was a dynast, he was a gymnast
whose T-shirt said IRON-ON.
He was a cubist when he heard Mass

in a Latin rite, which has no epiclesis.
As a humanist, as a panelist,
he put away a glass of workhahol.

Yet he was a centrist in a balaclava;
on his plate was baklava:
when in doubt, add food and clothes.

Initially, we might be given to believe that the poem will be about Chartists, the suffrage movement in Great Britain in the 19th Century. But as we read, we quickly realize this isn't the case. Not only is the poem not about Chartists, or a Chartist, it is in fact a play on words that end in the suffix -ist. Thus, in order, the "he" of the poem becomes in turn an allergist, a Zimbalist, a parodist, a quietist, a kabbalist, a dynast, a gymnast, a cubist, a humanist, a panelist, and a centrist. The inclusions summoned include food, architectural details, a chemical, a window, a book, a T-shirt, and clothing. The poem seems to be a way of associating objects by virtue of the similarity of their sounds, as if the mere recital of such freely associated references were enough to justify the experience of reading it. We will either know (or discover upon looking it up) that epiclesis is the eucharistic prayer common to some Christian church ritual. We will note the slightly off wit of "workahol" (from alcohol), the rhyme of balaclava with baklava. These stray throwaway bits of wit aren't amusing, certainly not to a schooled adult mind. They're cute, in an immature, antiseptic sort of way.

Flemish is the Dutch language spoken in Flanders, the northern part of Belgium. When I first saw the book, I imagined that it would have something of the clarity and order associated with Dutch painting--Vermeer, de Hooch, etc. But the author's intentions are far from anything this discrete.

They were a close family of giant culinary
otters from suriname. The low growling sound was their
hunger and anticipation of whelk and abalone. Their
even-tempered facial expressions and eyes of intelligence

and stylish whiskers appealed to everybody,
so these otters could have any dish they chose immediately
prepared for them and served by experienced cooks.

I read about giant otters in Jackson Mac Low's poem
anthologized in From the Other Side of the Century,
edited by Douglas Messerli. Their low growling was their hunger
and anticipation of shad and shad roe broiled in butter
around the time of asparagus and new potatoes.
You couldn't tell if their growls were from their
mouths or their stomach, but it didn't matter.

Giant otters have been styled insecure.
It was at Spark in Newport that I first beheld
the giant culinary otters dining, where there's easy access
from the water. Another night,
I saw them, twice as many, sixteen maybe,
at Persimmon in Bristol, similarly maritime;
they had completely taken over the place and were
lying around playing Let's Be Stupid, drunk with nutrition.

There is an interest in taxonomy, the simple delight in enumeration. A fondness for spices, and cooking metaphors. A resistance to substantiation, or to affirm the existence or importance of anything outside of the poem's initial occasion. In this, it shares with nonsense verse and some of the abstract products of Surrealist automatic writing, a delight in the unexpected, and in fresh combinations. Anyone looking for a poetry of feeling or of made edifices of sense, would best steer clear of this book.

Is writing like this nourishing? Does it feed some hunger in the human mind for frivolous folly? Golly, Miss Molly! How should I know? I'm just one of the hoi-polloi. Oy!

Posted by Curtis Faville at 8:16 AM

ahhh... your "run-away" comments stream ! Terrific....
fits right in w/ this GREAT line out of what of her/FLEMISH you quote:

Nice piece, esp. like the notes on book reviewing you started out with.

Knox is new to me, too. Some of James Tate's absurdist zaniness in her poems too.

Knock, Knock.
Who's there?
Knox.

You'll have to finish it.