The history of American soft drinks is not nearly as predictable as you might think. Before the advent of soft drinks, potions and nostrums were limited to substances which would self-preserve, without the contents being under pressure, or saved from spoilage by refrigeration. Alcohol will "keep," but most other organic ingredients quickly "turn" and go sour or rotten unless something is done to lower their temperature or keep the air and impurities out.

The Wikipedia entry for the commercial soft-drink 7 Up provides a nice summary of how the innocent sweet drink we all know today evolved over the 20th Century. (As a child, I consumed unconscionable amounts of this stuff, along with Byerly's Orange, Nehi and Squirt.) 7 Up's origination appeared two weeks before the Stock Market Crash in 1929, as Bib-Label Lithiated Lemon-Lime Soda. It contained lithium citrate, a mood-stabilizing drug. Lots of such "patent medicine" products were once marketed as being healthy or promoting a sense of well-being. The company changed hands several times after the war, and is presently controlled by the Dr. Pepper Snapple Group. 7 Up has been reformulated several times over the years. The lithium citrate was removed in 1950.  There are various theories about what the name "7 Up" actually means, including theories about the ph measure of the drink, and the atomic mass of the lithium content. It probably doesn't matter, since the name has entered the language, in the same way that Coca-Cola has. Current day 7 Up doesn't contain any fruit juice at all. Some of the previous ad jingles I can distinctly recall include: "You like it, it likes you," "Fresh up with 7 Up," "Nothing does it like 7 Up," "Never had it, never will [caffeine]."

The lithium got me thinking about something else. The late poet James Schuyler's break-out book of poems was titled The Crystal Lithium [New York: Random House, 1972], which incidentally was also the title poem of the collection, which had appeared originally in The Paris Review. The poem as set out in long, talky lines, and was a kind of revelation of a certain kind of American Modernist style and image-making. Schuyler was a great friend of the painter Fairfield Porter, and often visited and stayed at his place in Southampton; Porter often made oil portraits of the poet. 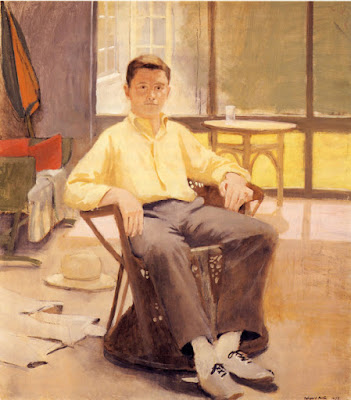 I'm not sure who first told me what the lithium crystal actually meant--perhaps Barry Watten--but the connection is Schuyler's use of it as a drug for his bizarre mental instability which plagued him throughout his life, and which he wrote about frankly in his work. In his manic phase, his erupting imagination wasn't under sufficient control to allow him to think clearly, but the Lithium, which he took on prescription, allowed him to write effectively, and was the enabling key to his highly admired work in the 1970's and 1980's. The book's title is thus an acknowledgment of the importance of psychoactive chemical influence in the life of a talented creative artist. Schuyler's Freely Espousing [Garden City, New York: Doubleday, 1969], The Crystal Lithium, Hymn to Life [New York: Random House, 1974]. and The Home Book: Prose and Poems, 1951-1970 [Calais, Vermont: Z Press, 1977], were all important to me in my own work as a writer. Schuyler's perceptual keenness of observation, his frankness and wit, were revelations to me at the time. 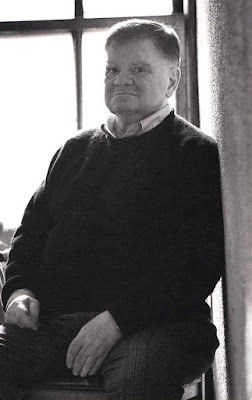 This little animadversion is just the sort of distracting detour that I often engage in these days. The internet allows you to wander off into a wood or meadow, off the road of life, and discover or reconfirm something you either hadn't thought about for a while, or hadn't even known existed before.

7 Up, a commercially marketed soft drink, contained an ingredient that would one day be used by psychiatrists to treat patients. And an American poet who was struggling with his personal demons, could be freed of those demons, enabling him to fulfill his ambitions as a writer.

All of which, as has been said, "brings us by a commodius vicus of recirculation back to" cocktail mixes and the flavors that can be made from various familiar ingredients. I previously happened upon a taste combination that was suspiciously reminiscent of Coca-Cola. And the one here is suspiciously similar to my memory of 7 Up, which by the way I haven't tasted in many years. In homage to 7 Up and the non-existent lithium citrate, I've christened it the 9 Up. I can't explain why 9, you'll just have to take it on faith. But it's definitely served Up.

I can recommend this one whole-heartedly. The coconut seems counter-intuitive--not sure quite why I decided to add it, but it fits in perfectly. The combination of lime and sweet lime is also perfect. One of my best inventions! Enjoy!

Shaken and served up with a translucent slice of fresh lime dropped in.

Posted by Curtis Faville at 9:55 AM