The Tale of Dan De Lion - Part the Second


[This is the second part of a blog about Tom Disch's poem The Tale of Dan De Lion.] 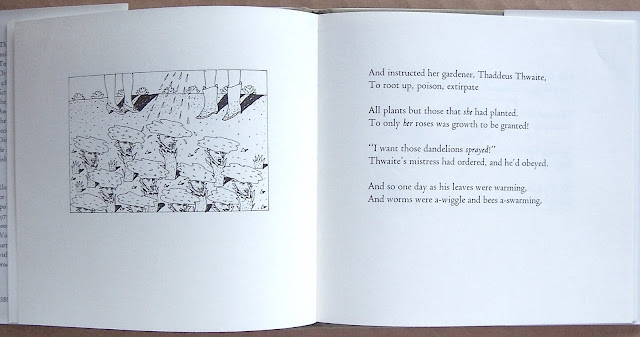 Is this propaganda? You bet your life it is. Is it "saved" from being propaganda, framed as "innocent" clever rhymes? Not at all. 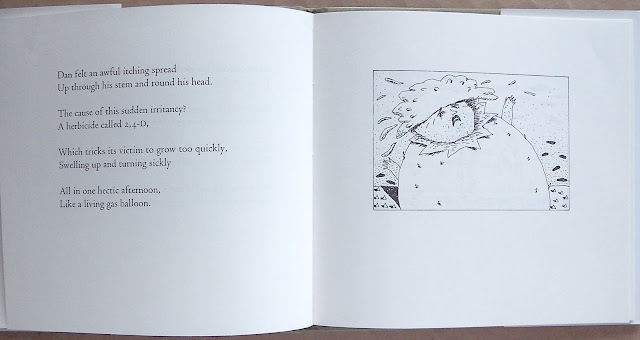 We don't really need to be reminded that juvenile literature contains as much violence, jeopardy, sadness, hatred and remorse as grown-up literature, do we? Most juvenile literature falls flat (and there's mountains and mountains of the stuff) because it fails to engage with and confront life's fiercest challenges and difficulties and contradictions. When it becomes an escape from reality--a "magic world" into which the self retreats--instead of returning us to the truths of actual life, it becomes ultimately irrelevant. 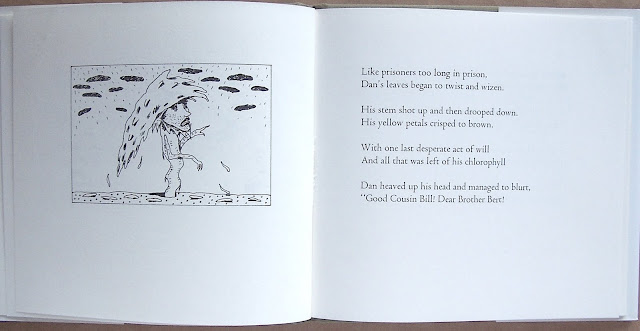 The personification of good and evil, expressed in horticultural terms, becomes a short-hand for a larger point about nature versus civilization, environmental husbandry and ethics. 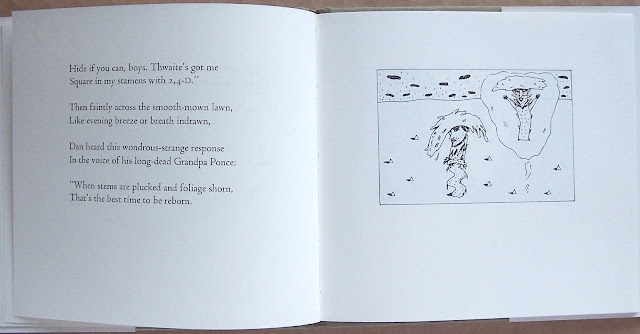 Dan's descent into the symbolic underworld "where death gets all confused with birth," takes us into the philosophical arena, where important questions about mortality, rejuvenation, and endurance are worked out. 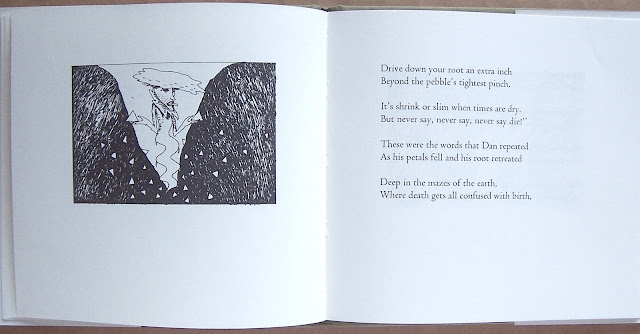 In the poem's cosmology, earth becomes a source of refuge, renewal and life. 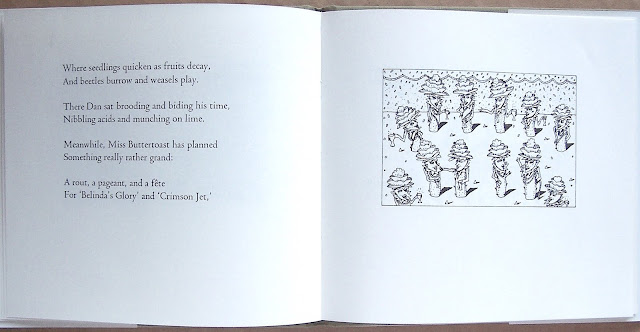 Is Butterworth the evil witch she seems to be in this story? Should we regard her merely as a sophisticated hybrid of the kind who clubs up in ladies' and garden groups, striving to out-flower each other with superior specimens? 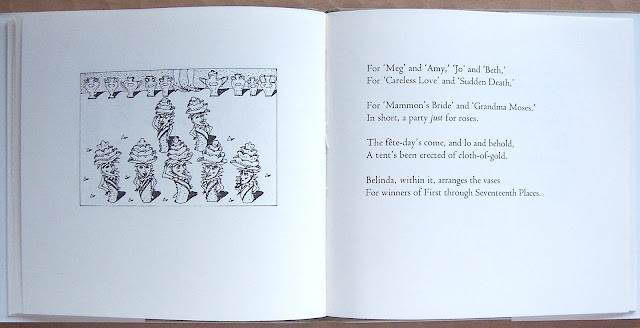 So if it's revolution you want, then cheer for the upstart weeds, whose determination and pluck have overcome attempts to wipe them out! 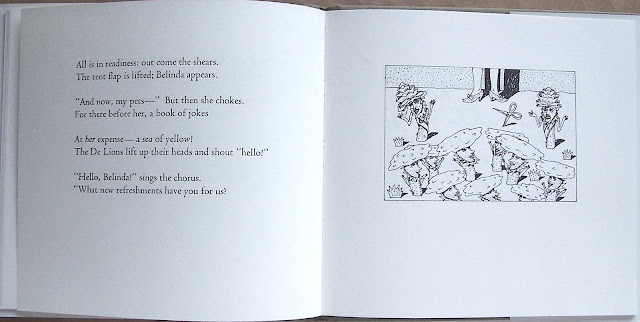 Even Thwaite, the slave to Belinda's selfish aims, deserts her. 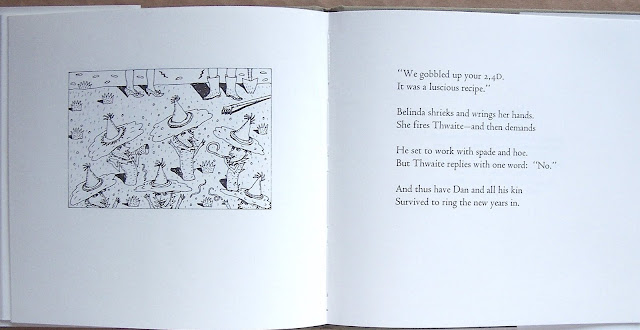 And so endeth the lesson. 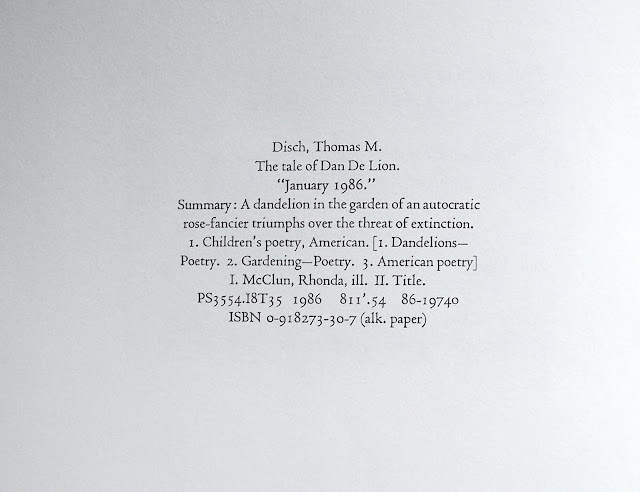 Posted by Curtis Faville at 9:25 AM