Trump's New Transparency - Politics in the Age of Trivial Spin 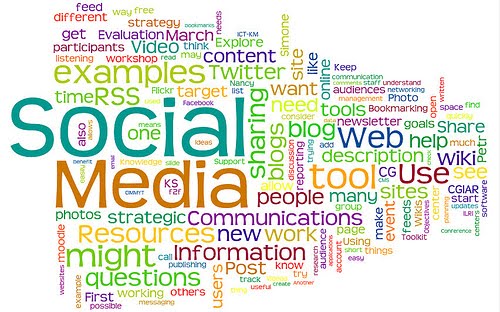 As a child of the 1950's (I was born in 1947, near the beginning of the baby boom), the predominant "social media" device was the telephone. People then would stay in touch by phoning, or writing letters, or perhaps sending telegrams (what an old conduit that now seems!) to each other. Early "walkie-talkies" or (later) CB radios enabled people to talk without land-line hookups, but those weren't things most people used, or had access to. In my generation, the telephone became a focus of interaction among teenagers, who weren't always allowed to meet or associate in person, so were relegated to connecting via the family 'phone. I was a somewhat atypical teenager, and didn't begin having phone conversations with friends until the last year of high school. Long, avid telephone conversations were something that girls mostly did, though they were the crucial conduit for boys who wanted to engage with, or seduce, specific members of the opposite sex. I was born without charm, and I had almost no appetite for small talk, so regarding the telephone as an essential, indispensable tool of my life never really occurred to me. When I finally did begin to communicate with other kids, it was usually to discuss ideas, not to compare notes about the social milieu. In that respect, as in other ways, I was a nonconformist, and I would then have rejected the idea that my curiosity, or my desire to be in contact with others of my own generation, was a priority. I rejected all notions of "teenage" behavior, because that would have been an admission that my significance as a person existed within a kind of limbo, neither excusable and "cute" as in childhood, nor burdened with the necessities and responsibilities of full adult-hood. Being dismissed as "teenaged" behavior meant that your actions, your ideas, your feelings, were somehow irrelevant--and that seemed entirely objectionable as a status.

With the coming of the computer revolution, and the advent of the cell-phone era, we've entered successive plateaus of interactivity which have transformed our culture, especially the so-called "youth culture" (the old "teenage" culture). When I was an adolescent, boys and girls might be preoccupied with talking to each other on the phone, sometimes for hours at a time. This was regarded, at worst, as a kind of bad habit. How much trouble could you get into by talking on a telephone? It might be a waste of time, or an unjustified expense of a high(er) phone bill, but mostly it was a diversion from chores, homework, exercise, or just living in unconnected reality. 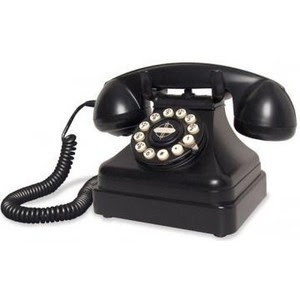 Every generation regards technological progress with some degree of apprehension, even alarm. It's often a knee-jerk reaction to simple change, as if just preserving the status quo were an inherently desirable goal. When personal computers first hit the scene, I was dead-set against our buying one, since I suspected that our son would immediately become infected by the attraction of computer games--a fear that was eventually confirmed. In the end, though, I was the one who would in due course be most dependent upon the new gadget, while the younger generation were moving on from computers to hand-held and cell-phones.

I was a late comer to blogging, coming in just at the tail end of "list-serve" and "chat-groups" period, but once I got a taste for it, I crashed the new party, posting and commenting with abandon. Clearly, kids talking on the phone the way they did in the 1950's isn't equivalent to people talking on their cell phones today. What is the difference, and what can we tell about that difference?

Today, no matter where you go, or what you are doing, you are surrounded by people monkeying with their cell/hand-held computers. Whether it's business, or pleasure, or sheer bored diversion, people are constantly calling and receiving calls and browsing hyperspace.

During the early days of blogging, much of the contact consisted of postings, brief essays, commentary, and e.mail. E.mail basically eliminated the need for most telephone exchanges, as well as snail-mail. Both cell phone use, and the new "social media" online sites, are both expansions of e.mail and telephonic exchange, as well as a new kind of group interactive forum.

What I like about blogging is the freedom to write at length, to develop thought, to conduct real discussions with others. While blogging fed the desire for serious interaction, it may have seemed slow and lugubrious, especially to younger people. The makers of computer devices saw that the new horizon was portability and convenience, freeing people from their land-locked computer units, as well as the old land-line phones. They saw that exploiting the urge to conduct quick, low-density content messages could open up vistas of commerce--hence Facebook, Twitter, and the rest of the now notorious online forums.

This has had the effect of seducing people away from more demanding (and unlimited) media, namely blogging and e.mail, to progressively quicker and briefer levels of exchange. It's inconvenient to type more than a few words in a social media stream, especially since one can't address a keyboard with all your fingers in play. I've seen people who've mastered the "thumb" technique, and can type words almost as fast as I can on a traditional keyboard. Is touch typing a thing of the past? Will traditional QWERTY keyboards someday become obsolete?

What's the next plateau of communication going to look like? We can now call people, send recorded messages, instant e.mails, and group posts on forums. Will the next generation begin to conduct communications with robots?

My primary gripe against all this low content exchange is that it encourages people to think primarily in abbreviation, as if the only thoughts or opinions that mattered were those that could be summarized in 50 words or less. Our new President elect Donald Trump is a child of our age, who uses Twitter to make statements and comment on the affairs of the day. One senses a connection between the triviality of his grasp of current affairs, and the media limitations that have grown up around us. We've created a generation of people who think that all the world's problems and issues can be addressed peremptorily, with little research. Also, that understanding the meaning and significance of complex matters doesn't require careful, considered research and consideration; that we can form coherent thought and make progress solving involved disputes and difficult situations, simply by making momentary pronouncements.

We're being told that the new President-elect is a new kind of politician, one who lunges and lurches from distraction to preoccupation, unpredictably and irrationally, blurting out sudden statements and "tweets" impulsively, without thinking before-hand what the consequences might be.

We've come to think that social media--which allows people to cohere briefly around a certain point of view--has a political meaning and impact that far outweighs its actual meaningful content. Just because a high office-holder can issue a momentary verbal salvo into hyperspace, doesn't suggest that his views are any more informed or considered than anyone else's.

It used to be that holders of high political office had superior access to information, that their offices were clearing-houses of data and exchange that enabled them to form policy and position the rest of us couldn't. In the case of Trump, it's as if he no longer thinks he needs to consider the background or history of a problem, that an impulsive reaction has as much legitimacy as decisions tempered by advice and research. It's not just that Trump seems unable to understand the world--he actually seems to think it doesn't matter, that action--even on the national and international level--can be conducted by amateurs, that power itself somehow legitimates bold, impulsive decision-making, uninformed by facts or information.

This is an entirely new stage in the development of political life. It's as if democratic office-holders now feel they have the freedom once relegated to dictatorship--that of acting without ordinary curbs and checks, like a child moving little lead soldiers on a battlefield board-table. It's unsettling to think that our new President may feel he can decide to go to war one morning by simply announcing his decision on Twitter, leaving his beleaguered subordinates to "work out the details" by lunchtime.

Most astonishing of all, it may be that people now accept that as a given means of action and communication, that American Presidents can conduct business in full view of the world, without prior restraints or inhibitions. A sort of wizard of tweet tinkering with the future of the planet as if it were a board game.