David Mamet [1947-] is a renowned playwright and screen writer living in Santa Monica. He grew up in a middle class Jewish family in Chicago. He made his name early in his career as the author of a number of plays--Sexual Perversity in Chicago, American Buffalo, Edmond, etc., and then he won the Pulitzer Prize for Drama with Glengarry Glen Ross (which he later adapted to the cinema). Coincident with his career in the theatre, he began doing screenplays in the early '80's, beginning with a re-adaptation of The Postman Always Rings Twice, and including a new version of The Untouchables,The Verdict, House of Games, The Winslow Boy, The Edge, as well as doing television script work. 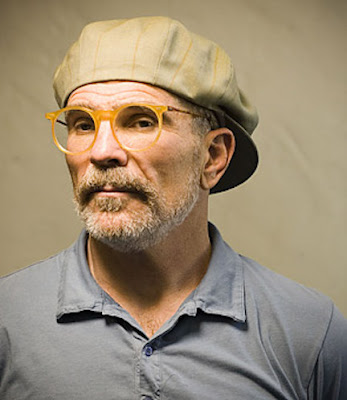 In 2008, Mamet openly declared in an article titled Why I Am No Longer a Brain-Dead Liberal his conversion of conservative political partisanship.

"I took the liberal view for many decades, but I believe I have changed my mind . . . As a child of the '60's, I accepted as an article of faith that government is corrupt, that business is exploitative, and that people are generally good at heart . . . These cherished precepts had, over the years, become ingrained as increasingly impracticable prejudices. Why do I say impracticable? Because although I still held these beliefs, I no longer applied them in my life."

" . . . I wondered, how could I have spent decades thinking that I thought everything was always wrong at the same time that I thought I thought that people were basically good at heart? Which was it? I began to question what I actually thought and found that I do not think that people are basically good at heart; indeed, that view of human nature has both prompted and informed my writing for the last 40 years. I think that people, in circumstances of stress, can behave like swine, and that this, indeed, is not only a fit subject, but the only subject, of drama."

These sweeping, and in many ways astounding assertions, by one of America's greatest playwrights and dramatists, needs to be understood in the context of Mamet's Jewishness, and in the context of Hollywood (as opposed to Broadway), since both conditions influence how he has come to regard his place in the scheme of American culture and its entertainment industry.

Many American Jews support the existence and future prospects for the State of Israel. Though there continues to be widespread support across the political spectrum here for military support and diplomatic unity with Israel, there are those who feel the Arab-Israeli stand-off can only improve if both sides are willing to compromise. The hard-line position is that Israel should show a belligerent face to its enemies, that it is isolated geographically, and by history, and can only survive through strength and determination. This "realist" position isn't only "existential"--it's an attitude towards life, a fatalistic attitude about the consequences of a naive faith in human nature. The "liberal" position in America does not embrace this pessimistic point of view. Many American Jews find inspiration in the existential defensiveness of Israeli conservatism.

As an American Jewish writer/artist, Mamet feels pulled in both directions. As a child of the American middle class, his sentiments would ordinarily be towards justice, freedom, and a positive view of life. But his loyalty to his ethnic background, and his identification with Israel as the symbolic bastion of the resistance to tyranny and intolerance towards Jews, has influenced him towards reactionary politics in America.

Mamet has said he now agrees with free market theorists such as Friedrich Hayek, the historian Paul Johnson, and economist Thomas Sowell. The idea of a totally free market accepts that human nature is not inherently good, that only through competition can human potential and progress be released. In Mamet's mind, the commitment towards a strong, resistant Israel has been joined to a cynicism about life in general. As his own artistic and personal success has progressed, Mamet's become increasingly rigid in his beliefs--a pattern familiar in American business and entertainment careers.

Mamet's world view sees the plight of the Jew against the backdrop of the larger struggle for the hearts and minds of people between the Democratic and Totalitarian forms of power. Persecution of Jews throughout Europe, and especially in Russia, is associated with Communism, and the enemies of Israel. Authoritarian powers, and especially politically liberal tendencies, are seen as emanating from the same place.

This cynical view of human existence is plain in Glengarry Glen Ross, in which greed and competition and the exercise of power dominate the characters' lives. It is Mamet's triumphant message about life in general, that life is a Darwinian bargain, that the outcome of our struggles is a chess-game, where selfishness and guile overcome good intentions and weak capitulation.

For Mamet, successful art means good art, because putting butts in paying seats is the final measure of entitlement in the cruel world of economic transactions. For Mamet, art itself is an economic bargain in which value derives only from economic success. The idea that artistic endeavor should be driven by direct appeal to greed is an old one. 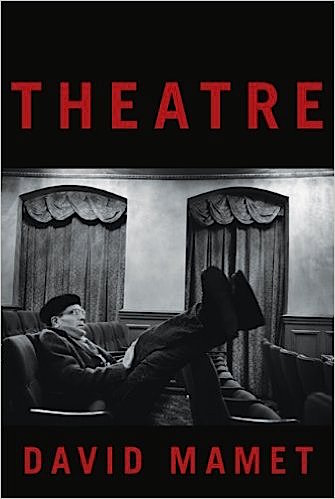 The history of theatre in the 20th Century is to a large extent the history of the theatrical ideas of Revolutionary Russia. Its great figure, Konstantin Stanislavsky, is the progenitor of styles of production and acting that tended to dominate theatrical practice and theories throughout the world. While Stanislavsky thrived during the first great Soviet period in the arts in Russia, he eventually came under pressure during the Stalinist period. Though the history of Stanislavsky's ideas and participation in Russian theatre is long and complex, Mamet sees his theories associated with the artistic oppression and censorship of the early Soviet period. The politicization of art under the Soviet dictatorship resulted in a suppressed form of theatrical art, in which political and social realities could not be freely explored or expressed.

Mamet sees the Russian theatre in the early Soviet period as victim of political correctness. Stanislavsky's notion of a mystical approach to acting, and the central importance of the director in play production, are seen as perversions of the purpose and function of theatrical entertainment. As a writer, Mamet places himself in the forefront of the theatrical system, and he denigrates attempts to emphasize the personality of the actor, or the genius of the director, to "interpret" a play's content. Stagecraft, for Mamet, is merely the means to an end, which is the narrative the playwright supplies. Actors should say their lines, directors should see that the playwright's intentions are followed to the letter.

This reminds me a little of what Stravinsky said, late in life. "All I want is that the orchestra play the notes I've written. No 'interpretation' is necessary, no emotional exaggerations, no pregnant pauses, no selective emphases" [I'm paraphrasing here]. This was during Stravinsky's "neoclassical" period when his works were dry and clean and intellectually clipped. The complaint by authors or composers that their work may be "over-interpreted" by ambitious or misguided directors, producers, actors--in effect maimed or corrupted by interference and tinkering adaptation--is also a common cry. Is it jealousy that drives this carping? That powerful actors or shrewd directors may actually claim the high ground of artistic expression, and become the focus of appreciation?

It's been remarked more than once that in English theatre tradition, the actor "becomes the character" whilst in American tradition, the character becomes the man. Clark Gable is always Clark Gable, no matter what part he's playing, while Laurence Olivier is many men, each different according to the demands of the specific character. In Woody Allen's films, Woody himself is invariably the "subject" while the plot and the supporting actors are like planets that revolve around the central character (himself).

Mamet's work--particularly his screenwriting--hearkens back to the hard-boiled "noir" period in American cinema. In the 1930's, social realism (Clifford Odets and the Actors' Theatre etc.) predominated. But after the war, Hollywood turned shadowy and grim, turning out black and white crime dramas. Dialogue was blunt, tough, edgy. It was raw, and sullen. Every man for himself. Violence, betrayal, double-cross, corruption, heavy-handed justice. These are the qualities that draw out Mamet's talent.

End Part I
Posted by Curtis Faville at 8:49 AM