I've played the piano nearly all my life. From the age of 5, when I was forced, against my will, to take "lessons" from the friendly neighborhood piano teacher, I have never been far from a keyboard. Realizing, at about age 18, that I would never become even what is considered a "good" pianist, I nevertheless stuck with it, partly out of a desire to recreate the emotional experience of repeating certain music, and partly out of the pleasure of simply playing as a sensual activity. As a teenager, I picked up quickly on boogie-woogie, and later stride. Then the impressionists drew me into classical styles. I tinkered with jazz and classical music for several years, before finally teaching myself to write music while living in Japan for a year (in 1986). Since then, I've composed hundreds of short pieces or fragments of pieces for solo piano and solo guitar.
People will often say they like "all kinds of music" though this is usually just a hedge against admitting that they know and appreciate so little of musical history they can't admit they literally can't name any composers or pieces of music they do like. However, my musical tastes are as broad as anyone's. I've listened keenly to classical music, jazz, pop and various other kinds of regional and vernacular music all my life. I'm not sure it's made me a better person, but I've had a terrific time.
As far as the keyboard instruments go, though, by the end of the First World War, the vanguard of creativity had passed from classical composition to jazz and swing styles. The separation of these two streams meant that there was very little mediation between the traditional approach to performance (as an accurate rendition of a carefully set score), and the unpredictable, and improvisatory, nature of jazz performance. To be sure, many jazz musicians and performers reproduced "replica" versions of jazz compositions, almost as if they were fixed in the traditional sense, though the styles of invention and content were vastly different from classical ones.
For several decades, the marketplace for recorded performance was restricted by the "cuts" of individual records. Then, in the 1950's, longer track sets became possible, and jazz pianists were able to stretch their legs and develop musical ideas not limited by the three minute mile imposed by 78 rpm records. This freedom influenced jazz pianists to explore ideas and variations (the heart of jazz being improvisation), even when they were working off standards or familiar theme songs, that earlier generations wouldn't have had the opportunity to have recorded for popular consumption. As the jazz (dance) orchestra declined, smaller groups of musicians, organized around a star heavy instrumentalist, began to appear. They were easier gigs to accommodate, and the kind of music they made was different too.
Trying to compare the skills and talents of classical performers to those of jazz musicians is a difficult task. Clearly, the same kinds of abilities and ranges are used in both kinds of keyboard playing, though it's generally acknowledged that the two are not transportable, or interchangeable. A handful of performers are able to achieve results in both "mediums" though it's rare indeed for a jazz pianist to succeed with classical concert pieces, or for a classical performer to be expressive and inventive with jazz. 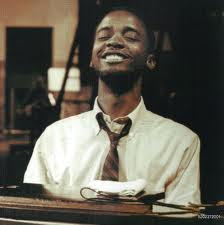 The new generation of ambitious solo (or combo) jazz pianists, beginning in the 1950's and '60's included a number of virtuoso jazz players, but not many of them were also good composers. One of the best was Ahmad Jamal, whose trio performances and original compositions--including Ahmad's Blues (here in a very early version), and Manhattan Reflections--became the talk of the town. A child prodigy, Jamal was playing professionally while still in his teens. His comprehensive command of the instrument, and his strong individual style, helped define "cool" in the 1950's, his ultra-smooth, supple runs and staccato, sharp minor chord clusters opening up new spheres in the jazz medium. His most popular compositions were often adaptations or "arrangements" of classic themes (Billy Boy, Poinciana, Surrey With the Fringe on Top). He'll do a little Count Basie twinkle, then suddenly he's attacking the keys with a fervency a la Tatum; or he'll sing a suave little Teddy Wilson ditty, then descend into glassy, transparent echoing stacked chords, flipping time signatures and changing moods in a flash.
But the piece I'm thinking about is more of a virtuoso meditation, which comes in his album The Awakening [1970], called, appropriately "I Love Music." The rhapsodic element is always present in this ultimate, emotional pastiche of cross-rhythmic, lyrical struggle, which hesitates and starts again several times, before trailing off in an unresolved fade. There's a lovely conversation between competing impulses which I find as compelling (and structured, though in a post-Modern way) as any romantic sonata movement. 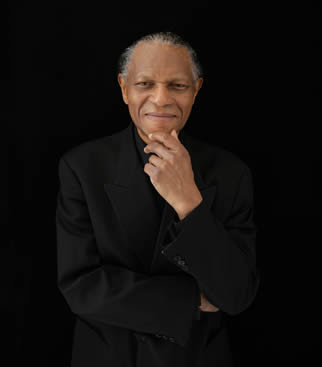 Slightly younger, and with a more driving, uncompromising style, is McCoy Tyner, whose album Revelations [1988] contains several tracks that are nearly symphonic in their complexity and density. Yesterdays, You Taught My Heart to Sing, Autumn Leaves, and When I Fall in Love--each develops a lyrical line out of varying kinds of approach, intellectually diverting while never losing sweetness. The modulations are like wind on water. I love this album. For sheer virtuosic drive, check out this performance video recorded (I think) in Germany.
I could go on about dozens of other favorite players (and I will, in due course)--Bill Evans, Erroll Garner, Denny Zeitlin, Chick Corea, Dick Hyman, Fats Waller, Michel Legrand--each brings something special to the table. Keyboard jazz is a phenomenon of the 20th Century, and perhaps the only art form that can fairly lay claim to being purely American in seed and flower. Here's Jarrett' When I Fall in Love to take us out....
Posted by Curtis Faville at 9:06 AM

Poinciana defines Jamal's technique, IMHE. Great chording, with unexpected turns and twists. The bassist on the YT you linked quite superb as well. The old 'Trane LPs with Tyner are not bad--he's a pro as is Jarrett, Corea and most of the others you listed but as far as ...ratings go I don't think he's as legendary as a Bill Evans, or Jamal, Brubeck, a few others-- or Michel Petruccianni--a strange looking little man but a great player, a bit mercurial (we don't have to look at the freaks, but listen). That said, I think the most innovative jazz musicians don't rely on broadway standards--

Where's Oscar Peterson in this mix? I seem to recall jazz improvisations he did that were mostly classical.

Peterson is also a superb pianist, but I was never that moved by his playing--hard to know why...?

Tete Montoliu was another odd one, J. Blind, with a wild Catalan spirit! I loved his spirit!