We live in a typical densely in-filled suburban residential neighborhood, bounded on the east side of the ridge by a regional park, Tilden Park, which runs north and south along Alameda and Contra Costa Counties. Though the park isn't technically wild, it has enough forest and brush cover to harbor a number of species of wild fauna--deer, wild turkeys, raccoons, squirrels, possums, and many kinds of birds.

Typically we see deer in the very early hours of the morning, wandering through the neighborhood looking for food. Occasionally we'll see a raccoon hunting for garbage, or crows, or the occasional condor gliding overhead.

And every once in a while, especially on warm windless nights, and most particularly when the moon is full, we'll detect the unmistakeable presence of skunk. Once you've smelled skunk, you never forget the scent. It's not like any other smell. 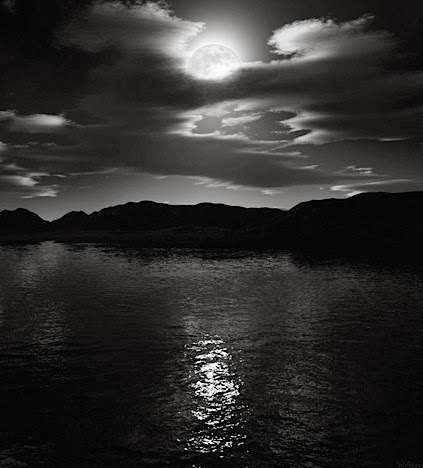 Our yard is surrounded by a big fence, so you might assume that it would present a barrier to a small animal's progress, but you'd be wrong. Skunks aren't climbers, but they are good at getting under things, like gates. Dogs in the neighborhood will often bark if they hear or sense a wild animal, or another domestic animal present. So I used to think that when I smelled a skunk, it was because a dog or person had confronted the skunk, stimulating it to spray defensively.

But it turns out that skunks don't really need a confrontation to spray. They do it for territorial marking, to leave a calling-card to other animals, or skunks, that they're there, or have been there. Invariably, the skunks seem to prefer our yard to others in the area, though I may simply be feeling persecuted here.

In the movie Elephant Walk [Paramount, 1954] with Elizabeth Taylor, Peter Finch and Dana Andrews, a tea planter in Ceylon builds his plantation home right in the pathway of the local elephant herd's favorite passage. It may or may not be true that elephants prefer one familiar pathway to water or food, or will insist on using it even in the face of obstacles. In the movie, the elephants eventually break through the surrounding compound walls and tear down the big white mansion, at great risk to Ruth Wiley (Elizabeth Taylor), whose Indian servant, named Appuhamy (played by the Indian actor Abraham Sofaer), tries to shoo the elephants away, while he futilely cries "back, back, back!"before being picked up by the trunk of one and thrown aside, to Taylor's cries of "Appuhamy! Appuhamy!" 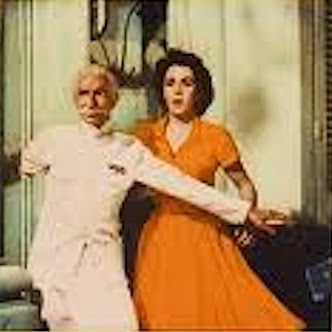 I surmise that we may well lie directly in the old skunk path of the neighborhood, dating back to a time before this area was settled. Maybe we're right in the middle of the old "Skunk Walk"? There's really nothing here for them (our garbage cans have secure lids), and we don't put garbage in them until an hour before pick-up on Friday mornings.

Like clockwork on the first warm evening of a full moon, we'll smell the critters. Occasionally, if I'm dressed, I'll turn on all the external floodlights and maybe even step out onto the deck and make loud noises. Skunks aren't frightened of this, but it will often succeed in making them uncomfortable enough to leave. Skunks are nocturnal animals, and they don't like company. They aren't aggressive like raccoons. Never having owned a dog, I've never had to address the problem of a sprayed pet, which can be a real hassle. 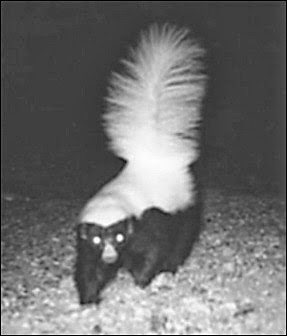 Skunks spray from two small orifices on either side of their anus, and have either to be turned away from you, or literally to bend their back and tail forwards over their head, to hit you. Their spray can reach 10 feet, so keeping a good distance is advisable. Apparently they hiss and stamp their feet before they spray, as a preliminary warning (like a rattlesnake uses its rattle).

I once thought that skunk spray was just skunk piss, but this is wrong. The chemical composition of skunk spray is specifically produced by these special glands, and it's very powerful stuff. It's called thiol compound or acetate thioesters of these. They're so powerful that the human nose can detect them at concentrations of only 10 parts per billion. When you get close to skunk spray, the smell seems actually to be "hot" the way green onions are when you are chopping them. Apparently, if you get the spray into your eyes, it can be very dangerous.

One of Robert Lowell's most famous poems, and a favorite of mine, is--

Nautilus Island's hermit
heiress still lives through winter in her Spartan cottage;
her sheep still graze above the sea.
Her son's a bishop. Her farmer
is first selectman in our village,
she's in her dotage.

Thirsting for
the hierarchic privacy
of Queen Victoria's century,
she buys up all
the eyesores facing her shore,
and lets them fall.

The season's ill--
we've lost our summer millionaire,
who seemed to leap from an L. L. Bean
catalogue. His nine-knot yawl
was auctioned off to lobstermen.
A red fox stain covers Blue Hill.

And now our fairy
decorator brightens his shop for fall,
his fishnet's filled with orange cork,
orange, his cobbler's bench and awl,
there is no money in his work,
he'd rather marry.

One dark night,
my Tudor Ford climbed the hill's skull,
I watched for love-cars. Lights turned down,
they lay together, hull to hull,
where the graveyard shelves on the town. . . .
My mind's not right.

only skunks, that search
in the moonlight for a bite to eat.
They march on their soles up Main Street:
white stripes, moonstruck eyes' red fire
under the chalk-dry and spar spire
of the Trinitarian Church.

I stand on top of our back steps and breathe the rich air--
a mother skunk with her column of kittens swills the garbage pail
She jabs her wedge-head in a cup
of sour cream, drops her ostrich tail,
and will not scare.