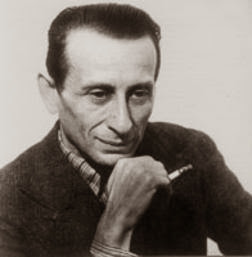 Alexander Tansman [1897-1986] was a Polish composer in a typical 20th Century mold. Growing up in his native Poland, when it was still apart of old Czarist Russia, in a well-to-do Jewish household in Lodz, he studied law but chose to emigrate to Paris to pursue a musical career. For a while, he performed as a piano virtuoso, but eventually his talent as a composer became the focus. Despite producing music for many different kinds of instrumental combinations, today it is his works for guitar that he is remembered. These comprise just a hand-ful of pieces, but they seem as natural (and inevitable) to the instrument as any by Spanish, Italian or South American composers. It was through the influence of Andres Segovia, who throughout his lifetime encouraged contemporary composers to explore writing for the guitar, that Tansman came to write for it. There were others, including the Mexican composer Manuel Ponce, and the Brazilian Villa-Lobos. 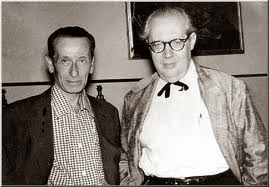 Tansman and Segovia in middle age

Tansman often used Polish thematic material, as well as traditional Polish musical forms, such as the mazurka and polonaise. But his work shows no explicitly "Chopin-istic" qualities, at least to my ear; Tansman said that he used "folk-like" material but never specific themes. His guitar compositions for solo guitar are among the most popular concert pieces in the repertory. 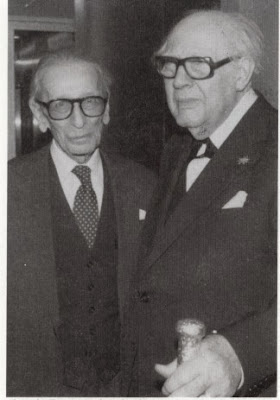 Tansman emigrated to America when the Nazis rose to power, and worked in Hollywood for a while, scoring for films, and was even nominated for an Oscar for his work on Paris Underground [1945, Constance Bennett Productions]. Finally, he returned to Europe, spending the last years of his life in Paris, where he continued to compose until his death in 1986. 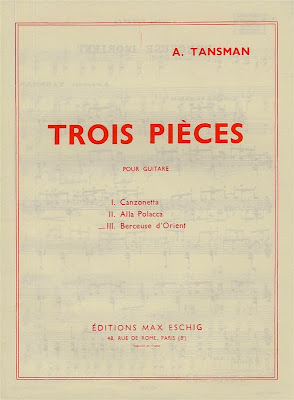 Bradley Kunda plays Variations on a Theme of Scriabin