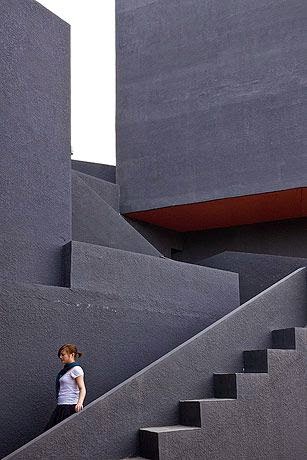 In my last blog post, I meditated on the idea of MORE.

That was aimed at the contemporary paradigm of our cultural desire for expansion and proliferation, without regard to, or respect for limits in the natural world. Man may make things, change things, invent things; may increase his number. But there are real limits to expansion, of how many people may live on the earth, of how much resource remains to be used up.

As a habit of mind, reductivism is a tendency across various disciplines, to sift information and materials down to a common denominator. "Denominator" is a word from mathematics. The principle of fractional expression is quotient, which describes the relationship of any one thing (or portion) to the ultimate sum of its equal parts. Cut a cake into four, and each slice will represent one-fourth of the total cake. Expressed as a fraction, like this:


The top number "numerates" the equivalent fractional value of parts of the whole, while the denominator represents the total number of parts. The denominator is like another symbol for "1" (or the whole of which the parts are made).

How do we express the tendency towards reductionism, or simplicity, in language?

And in art, what is a reduction of value?

As a habit of thought, I've always been drawn to the simplest explanation of any phenomenon. In science, or mathematics, simplicity is often regarded as the purest, and perhaps the most beautiful gist. The ultimate reduction of the meaning of phenomena is the cleanest, simplest formula. E=MC2. The delightful probability that this simple formula might capture the essential meaning of the physical properties and functional complexity of the whole universe is very attractive.

The least of anything is representative of its place in the whole. Scientists have always wanted to know what the ultimate material of matter is, how small its building block(s), how large the implication of its most common numerator. Faced with the complexity and vastness of the universe as we perceive it, we are awed by the challenge--to formulate this complexity into its most reduced form. To attain the ultimate reduced indivisible fractional unit of a thing.

I once wrote in a poem "a well-made shoe is a thing of value." A poet contemporary of mine at the time pointed out to me that my sentence was redundant, that what I actually meant to say was "a well-made shoe is a thing." If I understood him correctly, he meant that a constructed object attained its thingness through the craft of its making, but that in seeking to evaluate its function, I had merely added a meaningless descriptive. In other words, the word "value" is ethically neutral, since it signifies neither good value, nor bad value. To have stated "a well-made shoe is a thing" would perhaps have pointed out the riddle of assigning a value to a neutral object, whose inherent goodness could only be related by reference to its wearer, or its maker.

I had of course already evaluated the shoe by calling it "well-made" but its "wellness" was by no means denoted by adding the word "value" to the sentence. Well and value are both ethical floaters, whose meaning can only be deduced by reference to other concepts or applications. A shoe is a piece of attire, and will fit and function as well as it may. Its making is a process, and may be done well or ill, depending upon one's values. Most of humanity wears shoes, but the value of shoes is not a fixed principle--there are so many kinds.

Is there an essential "shoe-ness" which can be used to describe all shoes, in the universe of shoes? Anything that is worn on the foot. There are probably things worn on the feet of people somewhere which do not function exactly as shoes at all. Some people wear shoes that are nothing more than socks with rubber linings on the bottom.

Mathematics employs abstract values which denote specific limited meanings, in an effort to be more accurate, to reduce the possible ambiguity of signs or symbols to a handy equation.

In aesthetics, we may describe a work of art along a line of variability, from simplicity to complexity. The materials of any artistic form may vary, but the product of the performance of any artistic creation can be measured in three dimensions, in time.

Art, of course, isn't simply about the quest for reduction, or simplicity, but it may be. It may involve nothing more than an attempt to explore the dimensions of the frame of reference, as the early canvases of Frank Stella were: 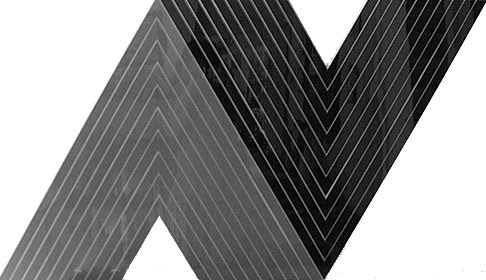 You could make the case that a canvas like this, though, isn't really about the expression of the limits of the frame, as much as it is about the inherent meaning of the shape or shapes of which it is composed--two opposed V's filled in with uniformly incremental lineation(s). The shapes become the frame, so there is no distinction. You could with justice say that this is a reduction of the meaning of the shape of the frame, since there is no "inside" and "outside"--not an a priori containment within which the painting exists--but a self-contained definition of its formal shape. Stella's early canvases were thought to represent attempts to exclude or "push" three-dimensional space out of the canvas, as an insistence upon its essential flatness, to insist on its flatness as a fact. Ironically, it might be seen that it is as difficult to exclude the third dimension from a canvas, as it is to build it in! It's a riddle of perception--or perhaps of artistic endeavor.

In my series on Minimalism in poetry, I've explored the ways in which writers may attempt to or succeed in capture/ing meaning by pairing down materials to smaller and smaller dimensions. Often, the power of such examples lies in the hidden potential the words contain, which is normally "hidden" beneath the grammar of their habitual use, and is only liberated through isolation, apart from the context of their syntactic function. Nouns, verbs, adjectives, etc.--when seen as things in themselves--acquire a new independent distinction, though they cannot be seen as having a purely non-verbal meaning, except perhaps as visual constructions (or collages of shape). A phrase such as "driving the trailer all around" may roll around in the mouth, echo-ing suggested cognates of allied verbal sense, contained within the pattern of sounds they represent. A work of art should be--by its nature--self-sufficient. And a phrase like this might seem a perfect example, in that whatever nimbus of description and analysis we might put around or beside it, it needs nothing for its completeness, it is not reducible to its parts. All the meaning is boiled down to its essential structure. It is a reduced fraction or equation of its meaning. It is what it is.

Posted by Curtis Faville at 9:33 AM