Going Postal in The Friendly Skies - The Coming Drone Wars


One aspect of the increasing sophistication of micro-technology has been the emergence of unmanned, or automated airborne devices, called drones.

For decades, really since the invention of flying machines, self-propelled model airplanes have been a common toy or hobbyists' pastime. If you've ever been to one of these model meets, with their whining gas-powered props controlled with hand-held radar sets, you know they aren't new gadgets.

But with the ramping up of micro-chip capacity, automated mechanical devices are quickly becoming practical. There are unmanned aircraft, unmanned boats, and unmanned small helicopters which are on the threshold of application, or already in use, for surveillance and reconnoitre, and also for possible parcel delivery. Anywhere an aerial view of something is needed, drones can be adapted to serve the purpose. There's a  whole new industry starting up right now, conceived around the possible applications of the drone technology. Even farmers and ranchers are using them now. Amazon, the big online-retail company, thinks it's going to use drones to deliver parcels, leap-frogging over the whole commercial delivery industry. 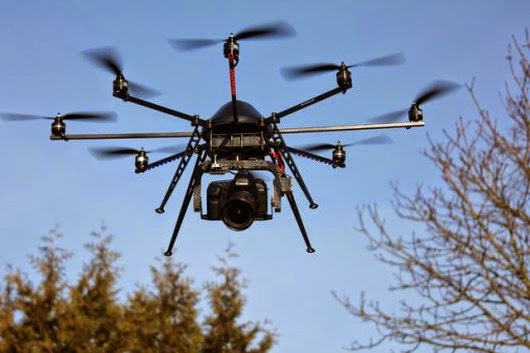 Anything man-made that flies in the sky creates a possible hazard. Nations regulate the space over their territory, in the same way they do their borderlands, their ocean margins, and their broadcast and computer networks.

Conventional propeller driven and jet-propelled aircraft have to follow corridors and flight paths, to recognize and respect "no-fly zones" in order to prevent collisions or interruptions of established routes. Different classes of craft are confined to certain areas in the sky, different altitudes. You have to have a license to fly an aircraft; flying isn't something you can just engage in at will.

We know that drones are now an important new sphere in weaponry. The U.S. is currently running drone bombing missions in Afghanistan, Iraq and Syria in the Middle East. The idea of using unmanned aircraft in warfare is a controversial development. Technologically advanced states, such as the U.S. have a distinct advantage over "conventional" military forces. 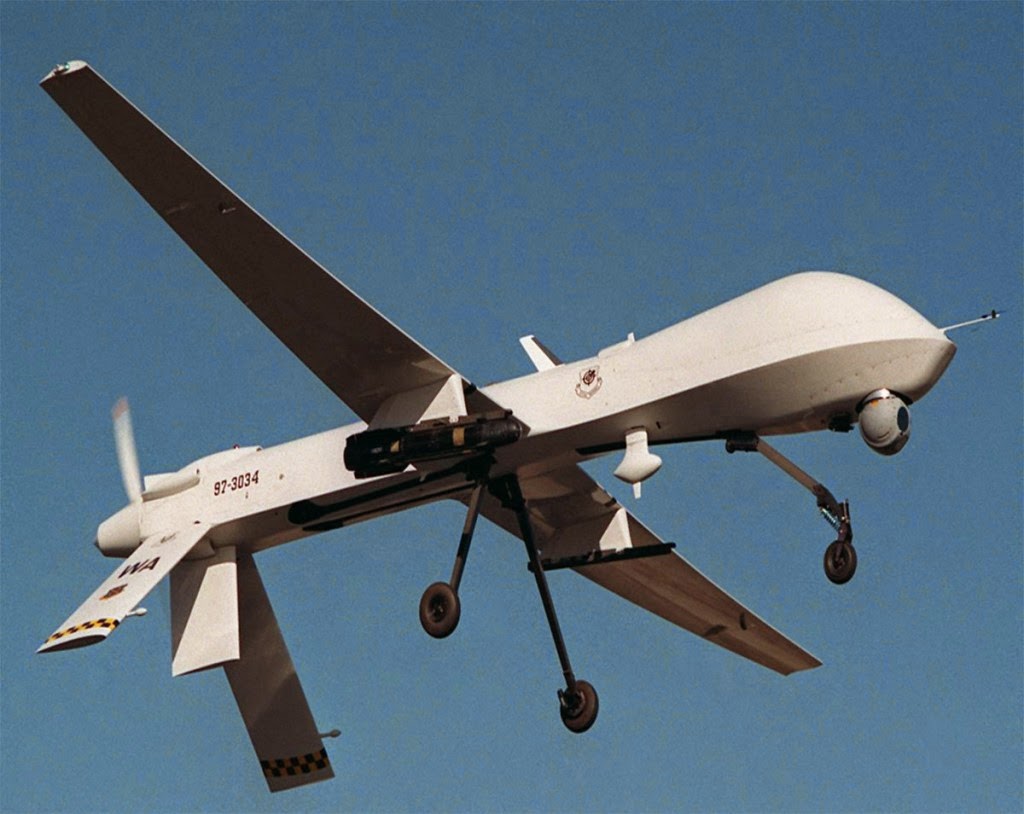 Back home, intelligence agencies such as the  CIA and the FBI are looking to apply drones for all kinds of surveillance, while state and local police are considering their use in law enforcement and around-the-clock snooping. Drones occupy a front-and-center position now in the debates about legal searches, the right of privacy, and admissible evidence in criminal cases.

But apparently, we haven't seen anything yet. There are reports that the security community is now dreaming up nightmare applications, of tiny, insect-scale devices, which could not only surveil without being noticed, but could even be used as weapons, to make lethal injections on a human target. A confirmed sighting of these "dragon-fly" drones was first made at an anti-war protest in Washington, D.C. in 2007, so these things are well along. 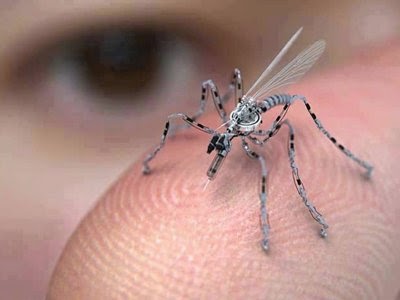 If Amazon's planned automated parcel delivery system seems clunky, ask yourself what will happen when every nation, every gang of criminals or terrorists has access to these gadgets.

We could have "star wars" over communities, in which police drones are fighting criminals' drones, or competing nations could be fighting "automated wars" with robot planes, robot tanks, or robot boats and submarines.

A guy is walking down the street when he suddenly gets a poison dart in the back, fired from above by a tiny drone no bigger than a sparrow, which then rockets away before any sighting is possible.

When Huxley and Orwell dreamed up their dystopian visions half a century ago, they didn't foresee the computer revolution. We don't know where our technologies may lead us.

But all the signs now point to an increasingly eerie landscape dominated by "devices" controlled remotely to perform all kinds of tasks, as well as leaving us all exposed and vulnerable to the prying, invasive and spooky motivations of human artifice and deviousness.

Posted by Curtis Faville at 8:00 AM No comments: