What's cooler on a hot day than a nice cooler? 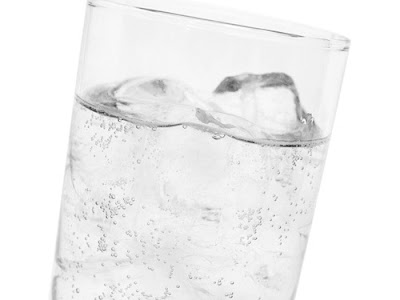 Coolers aren't cocktails per se, but they are often included in cocktail compendiums, because they involve mixtures which include alcoholic ingredients.

Coolers may or may not have strictly defined "goods"--goods being hard liquor in any of its usual incarnations. Alcoholic content occurs in wines and beers and liqueurs and so forth, but aperitifs and cordials have not traditionally been considered cocktails, though they may constitute significant parts of cocktail recipes.

One way of suppressing the hard alcoholic content of drinks is avoiding the use of "goods" altogether, thus reducing the percentage of alcohol present in the drink. Alcohol does have a very weak flavor by itself, but it's how it interacts with other taste elements that makes cocktails intriguing. No matter how little alcohol you imbibe, there is some effect on the brain and nervous system (as well as your digestive tract). But as I've pointed out more than once here, getting drunk or "tipsy" isn't the point of enjoying cocktails, and if it is, you've missed it entirely.

The other consideration with coolers is sweetness. Soft drinks were invented to bring interest to water, which is a vital necessity to the body. If you're really thirsty, there's nothing like water, just as, when you're out of breath, there's nothing like fresh air. Soft drinks are flavored water. Flavored water has been popular for thousands of years, but popularly marketed flavored water drinks are a very recent development in history--one of the hallmarks of the modern world.

Cocktails are like soft drinks for grown-ups. Lots of drinkers avoid sweeter cocktails, seeing them as nothing more than soft-drinks in fancy dress. I tend to agree, especially when faced with the "equatorial" "cool-aid" versions you often see offered at popular restaurants or taverns. Most of these don't even qualify as cocktails at all. You can spot these fakes by checking the order of ingredients. Inevitably, they involve the addition of fruit juices, at the expense of reducing the actual alcoholic content to less than 15%. In the restaurant and bar trade(s), this is usually a way of reducing costs, by cutting back on the actual amount of goods used to make them. These "weak" drinks don't deserve the name of cocktails, and should be avoided.

Chacun a son gout. A large percentage of cocktail drinkers like martinis. The majority of traditional martinis are nearly pure goods, without any adulterating content (such as vermouth). Vodka martinis can be very good with certain foods, such as raw oysters, where the subtle saltiness of the shell-fish works in tandem with the dry clarity of the liquor. But if you enjoy variety, insisting on unadulterated goods as a steady diet is boring.

But enough of this spin. The subject was coolers, and here are two nice recipes I've developed, used in conjunction with a "soda" that is presently new on the market.

During the English occupation of India, so-called quinine water became a common way of ingesting the chemical (quinine--a prophylactic against malaria), and quinine water, mixed with gin (or vodka) has been a traditional combination for over a century.

Tonic water (or Indian Tonic Water) is a carbonated soft drink. The commercial brand Fever-Tree Indian Tonic Water contains less sugar than is commonly used in most marketed tonic sodas, and it's what I've used here. You need less sugar, since the liqueurs or aperitifs I've used are sweet by themselves. Using a common tonic water with them would result in just the sort of "cool-aid" aspect I'm averse to.

The method with these mixes is to combine the alcoholic ingredients in a stainless steel mixer, just as you would with any cocktail, but in amounts that will, when combined with the tonic water, result in a relatively smaller percentage of the finished drink. The amount of tonic water added to the mix is up to the mixer, but I've decided that the "mixed" alcoholic portion should constitute no more than about 30% of the whole when served.

Mix these ingredients together with ice, then pour into "bubble"-wine glasses, add a couple of smaller pieces of ice (not the cube variety) and then pour the carbonated tonic water over this, stirring lightly. The drink should have a very pale color from the diluted drink ingredients, depending on what the recipe includes.

If these drinks seem too sweet, you can always use unsweetened carbonated water, or even boutique bottled drinking water. Tap water, I think, is just too pedestrian to use. A little carbonation stirs up the mix, and keeps it lively. And the quinine gives it character, which was always what made the English Gin and Tonic combination so seductive.

There'll always be a British!

Death of the Milkman


Hint: This is not a mystery novel.

I'm old enough now to remember when dairy products were delivered directly to your door at home. 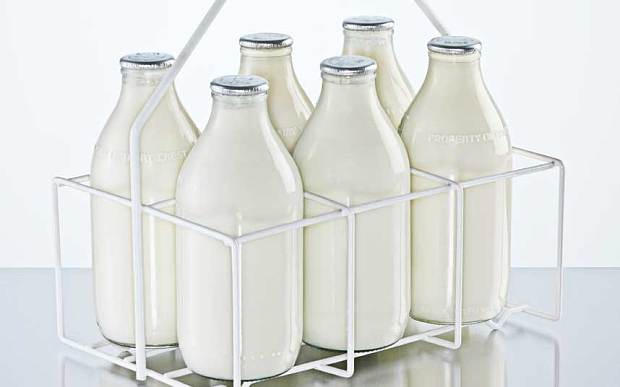 If you live long enough, nearly everything that once seemed typical and universal, eventually seems old-fashioned. Change is the common thread that runs through life, though the pace of that change has itself changed over time.

For someone living in Europe during the Middle Ages, I suppose it must have been possible to see the world as pretty permanent and static. When you were born, people rode horses, and went to church, and worked the soil, and made things mostly by hand. At the end of your life, these things were still true; little had changed in your world.

Today, the pace of change is so rapid, that in a hundred years, much of the environment, and what goes on in it, may seem so unfamiliar and outdated that it's astounding. People in 1900 could hardly have imagined what was coming, and if you'd told them about it, they probably wouldn't have believed you. Or they would have thought you crazy. 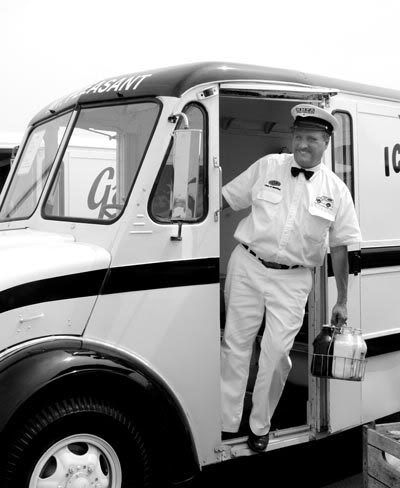 When I was growing up in the 1950's, milk and cream and cheeses were delivered right to our door, once a week, by "The Milkman." The milkman--like the postman, or the Fuller Brush man, or the Bible salesman, or the census taker, or the paperboy--seems another aspect, another vestige, of our irretrievable and inalterable past.

Why did milk men go away? Because the whole commercial marketing model of food and household goods distribution changed.

Once upon a time--say, as long ago as when my parents were growing up during the first half of the 20th Century--people got their supplies and groceries from small tradespeople and shops. Dairy goods were sold by dairies, meat by butchers, baked flour goods by bakers, and so on. There were specialty shops for pickled goods, sweets, fruit and vegetables, liquor, and so on.

What happened to all these separate, specialized venues?

The first great wave of change gathered momentum right after World War II. Safeway and other chains had begun before the War, but didn't develop quickly until the 1940's. By the 1950's, grocery stores (especially chains) were shunting specialty shops aside. Grocery stores rapidly consolidated the different kinds of goods people once had acquired from multiple sources. By 1955, it was possible to buy everything a housemaker might need to eat and drink, from a single big super-market.

By the time I was in junior high school, milkmen were becoming an endangered species. With the rise of the automobile, in suburbia, it made more sense to do your one-stop shopping at the grocery market, without having to pay a premium for door-to-door delivery.

The second wave of consolidation was of course the shopping "center"--or "mall"--a big complex of different kinds of retail, which might include, aside from grocery stores, all kinds of different product sellers.

In a larger sense, the gradual disappearance of the small "tradesman" in our economy, is a trend that follows the increasing technological sophistication of distribution, communication, and marketing tools. These developments seem to possess an inertia that is overwhelming.

Today, we're seeing some reaction against the consolidation represented by malls and shopping districts. There are contrary trends happening. People are reexamining the "convenience" and seeming attraction of these places. Over the last decade, construction of malls and centres has ground to a halt, and as much as a third of all the existing sites in the U.S. have gone "grey"--abandoned, or slated for demolition.

Today, increasingly, people are shopping "online" (on the internet). Many of the things we once bought elsewhere, are being delivered to us, with just a few keystrokes on the computer. Mail order has reemerged as the frontier of marketing, after having been largely ignored for half a century.

As a used (rare) book dealer, I've had to adjust to this new model, which hit the retail scene just at the point that I was entering the trade in the mid 1990's. When I contemplated becoming a self-employed used book dealer in 1994, most specialty dealers nursed a small local contingent of customers, which they supplemented by sending out catalogues to select customers further away. Provincial exclusivity outweighed most other considerations. Running an open shop with regular business hours made sense, since most of your sales were "through the door" rather than through the mail.

So-called "big box" bookstores, like Walden Books, Crown, Barnes & Noble, and Borders had followed the shopping mall model, and were very successful for a couple of decades, discounting and pressuring the smaller independents. Half Price Books was created using this model, and it wasn't long before used books were being sold online, supplanting the "catalogue" model of the antiquarian book trade. Today, online is king, dominated by Amazon (and its subsidiary Advanced Book Exchange), along with a handful of much smaller sites. And books themselves, as physical text repositories of the written word, are also coming under pressure.

Each wave of change seems to kill off the previous iteration. Used bookstores as we know them seem an endangered species. The very act of shopping, or browsing, is being seen as an inconvenience, instead of the adventure it once was figured to be.

I miss the milk man. Would I willingly "go back" and choose to have my milk and cream and cottage cheese delivered by a cheerful man driving a big white truck through my neighborhood at 5 AM in the morning? I just might. On the other hand, would I care to order my groceries from an online delivery site, and paying with a credit card to a nameless, faceless corporate marketer? Would I let someone else choose my apples, or my breakfast cereal, or my cheese wedge?

There are some tasks in life that are better performed first-hand, hands-on. Convenience is not always to be preferred over direct interaction. Sometimes, even paying a small premium for the charm and immediacy of "real" experience, is better than allowing oneself to be swept up into the automated wave of someone else's dream.

Posted by Curtis Faville at 12:28 PM No comments: