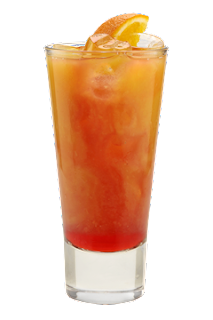 This one's composed entirely of liqueurs, with no "goods" as such. Which makes it purely an aperitif, in the European sense, suitable for college students and polite ladies, between homework sessions or shopping trips. It may be diluted as much as desired with effervescence, to vary its strength.

served over the rocks, with or without a garnish (orange or lemon or lime) probably in a tall glass

Prepare to be Frustrated 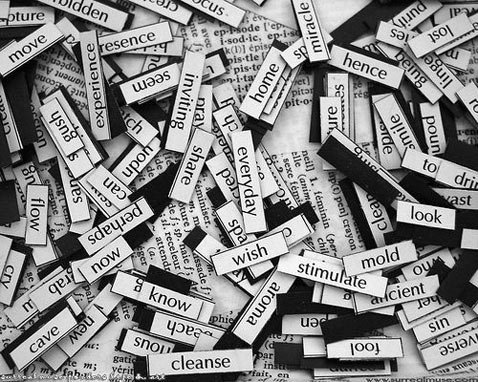 The Grammar Nazi has been away for some time, but he's back again.

Actually, this post won't be about grammar, though grammar is often on his mind these days, stimulated on a regular basis by the public sins of familiar media of every persuasion.

Grammar is about practice, and rules, and different ways of doing things, in language.

But definitions of words present another set of problems.

In our hot current political climate, words are fought over, teased, tangled, twisted, turned, toppled and traded. What words mean--who owns them, how they can be used, by whom, under what conditions--is an important issue in the continuous struggle over meaning itself, and the power that is wielded through partisan usage.

I've become so very weary lately of hearing certain words, particularly by those who strive to spin them in a certain way, being used to manipulate listeners, that I've decided that whenever I hear them, I'm not going to pay attention.

Here's a few of these words:

Whenever I hear someone say some event or condition is "diverse" I know that the user is attempting to claim the moral high ground in the interests of racial, sexual, social, political or personal bias. Diverse in this sense doesn't represent me, since I'm a white male, and therefore I must either accept my "place" as a rejected "Supremacist" or capitulate and accept my guilt with dignity and humility.

Whenever I hear someone use this word, I know that some group or interest is attempting to seize power over an authorized or existing power. Since I'm a white male, I know that the "empowering" applies only to those Other categories, whether they're sexual, racial, social or political--i.e., those who may have felt they needed more power than they thought they already had. I know that I will be asked to cede power to these formerly unempowered interests, who are more deserving. These empowerments will typically be reparations for past injustices.

Whenever I hear the word "healing" I immediately get that sinking feeling, very like the feeling one has when one answers a knock at the front door, only to be confronted by purveyors of "Awake" or "Watchtower" pamphlets. Your first impulse is to shut the door in their faces, but it's difficult, because you don't want to offend. "Healing" in this sense has nothing to do with medicine, but is about formerly "injured" parties who now insist that in order for them (or us) to heal, society must change, or cede some space or object for their benefit, because they deserve it, having been so often, or so long, or so ruthlessly, injured, or deprived, or ignored. As a white male, I know that I've never really been injured or deprived or ignored in the way that matters.

Whenever I hear someone use this nearly universal word, I know what's coming. Since freedom in the purest sense is essentially meaningless, until defined and applied in context, it's completely denatured. The word freedom can belong to anyone, without its being soiled or spun out of control. Conservatives may use it to defend financial fraud, taxes, environmental devastation, private property, foreign invasions, lobbying, and corruption of all kinds--all in the name of freedom. Liberals (or "progressives") can use the word to stand for economic equality, sexual deviance, reverse discrimination, unionization, pornography, progressive taxation, etc. Whenever I hear the word "freedom" I reach for my wallet, to make sure it hasn't been stolen by a pickpocket.

The root meaning of vibrant is to oscillate at a certain frequency. A bee-hive oscillates, certainly, with the rhythmic buzzing of the bees moving their wings. City planners and their ilk have come to use the word over time to describe an urban or suburban context as possessing a kind of metaphoric "vibrancy" which they describe as favorable. A city that "buzzes" with traffic, though, probably isn't what they mean today. "Vibrancy" today means pedestrian traffic, ethnic diversity, small businesses, crowded districts, noise, confusion, and the music of exchange (perhaps not all necessarily monetary). If you like crowds of people and noise and "diverse" ethnic mixes, then vibrancy is probably something you cherish. If not, you may not consider yourself on the side of history, since vibrancy (like diversity) is usually opposed to the virtues white males may prefer, like order, convenience, beauty, openness, and familiarity. Personally, I don't like to oscillate (at least in public), or I prefer to do it in private, where it doesn't disturb others. I prefer to do my shopping where access is easy, and I know I can get what I'm looking for without unnecessary fuss. I don't want some stranger (or homeless person) vibrating too close to me, or some street vender vibrating to get my attention.

So, whenever I hear any of these words on the radio, or the television, or in conversation, I immediately turn off, tune out, and take my leave, because I know what's coming, and I just don't want to hear it.