Pedigree from a Prix Fixe 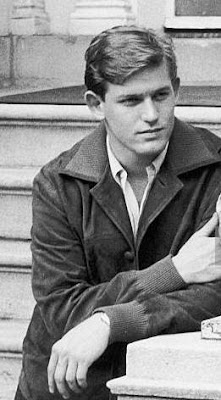 Bill Berkson's Since When [Minneapolis: Coffee House Press, 2018, 262pp.], as an analogue of his life, seems pretty much right on.

It starts out with a fairly traditional straight "David Copperfield kind of" autobiographical account, beginning with his childhood, his parents--for about 40 pages--then devolves into a loose amalgam of anecdotes, portraits, isolated memories, essays, reports and odd bits. That fragmentation and disintegration of narrative says a lot about the life story of one of America's most interesting--and in many ways, illustrative--cultural witnesses: The transformation of class, the friction between and among diverging or converging groups, precincts, which characterized Bill's journey from a would-be patrician to a sophisticated artist and critic.

Because the book, though substantially "finished" by the time he died, appeared posthumously, it gives it an odd "behind the membrane" feel, as if Bill were speaking to us from beyond the curtain. And there is something conclusive and omniscient about it, as if it were about something that was already history. Bill's life and character had that quality, of a witness to event, personalities--always attentive, always recording.

New York for many people is the center of the universe, or at least the cultural nexus of the United States. People would migrate there, because it was where things happened, where careers were made, where the energy was. Bill's parents were part of that, having come to it from other parts of the country--the world they made, the world Bill grew up inside of. So that leaving that world, as Bill did, in his '30's, to come to California, represented a counter movement, perhaps in some sense a repudiation of the destiny the city represented. Though a native, who would never really be "away" in spirit, that was a distinct break. 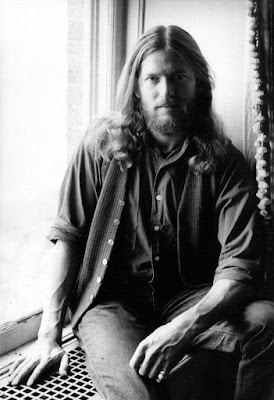 Raised as an only child in a connected, well-to-do family--his father was the general manager of the Hearst International News Service, and his mother a professional promoter in the New York fashion world--he sidestepped the usual professions (business, the law, etc.) of his class, to become an avant garde poet and art critic, who moved seamlessly between and among groups and individuals of widely different backgrounds, never losing his center. This would probably only have been possible in New York, where the art and commerce were in such close proximity, one could assume a sort of incognito profile, lubricated with the native charm and good looks he'd been blessed with. This profile, nurtured on security and confidence and connections, would sustain him all his days. 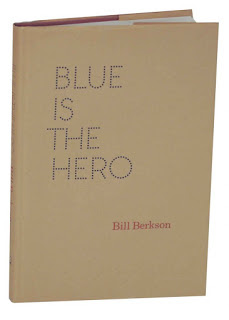 I first met Bill in the mid-1970's. I had been loitering around in the back office of Peter Howard's small bookshop on Shattuck Avenue in Berkeley, when I noticed a blue folder of poems on a shelf. I picked it up, and discovered it was a typescript draft of Blue Is the Hero, Bill's selected early poems manuscript. I had read some of his poems in little magazines, and had been intrigued by his work, which seemed sophisticated and rich in ways I liked. Later, when I applied for a small publisher's grant, I listed this book as a possible project for publication. When I contacted Bill (in Bolinas), he quickly agreed to the idea. He had thought that Braziller might pick it up, but they hadn't. This led to an amicable relationship that went on for a couple of years, while the book was in the editing and printing stage(s). I visited Bill in Bolinas, and we corresponded a good deal. Afterwards, we stayed in touch over the years, first by mail, and then eventually by e.mail. As it turned out, he liked my work as well (writing a nice blurb for my collection Stanzas For An Evening Out); had I not self-published my early work, he might well have undertaken it. What was clear from the beginning, though, was that we moved in different circles, and it was unlikely, if not impossible, that we would ever really spend much time together. The first things I remarked about Bill were his appearance--sort of trusty American good looks--and his voluble charm. (The only odd things were his ears, which were widely set; and he was a southpaw.) He was a great reader of his own work, imparting almost an actor's skill in delivering his lines, in a natural speaking voice, devoid of the kind of monotone or nervously uncertain quality one often hears from writers and poets. I always had the feeling he was just "talking" his work, rather than reading it.

Because of his connected background, Bill had hobnobbed with famous people all his early life, and his orientation always included the social dimension. Larry Fagin's early "The Bill Berkson Story" --

I discovered some bran macaroons, Sunshine
You can buy in the supermarket, Finest,
But they're Sunshine, which reminds me
Of what Norman Winston said in the Hotel de Paris,
Monte Carlo, at a party given by Elsa (Dinner) Maxwell,
And I sat one person away from Noel Coward (I have a
Photograph). Garbo was there, too, and I was . . . it was
Great. We had this very dog-faced (sad) waiter and
Norman said "Do you have any macaroons?" The waiter
Couldn't believe it. He called for the Maitre D'
Who had a batch macaroons made up special, but it took
1/2 hour (we had coffee). John Gunther was speaking.
Norman built the shopping center where Larry Rivers'
Mural is hanging I think (out at Smithtown) and . . .


--is a funny, though somewhat exaggerated, take on Bill's elevated tone. The evocation of famous people--his parents routinely came into contact with familiar figures in entertainment, the arts, the theatre, fashion and sports--became a nostalgic diorama in his memory, and I've always thought that his work (like his life) was just poised between the social and aesthetic modes, balancing an awareness of the personal, with the ratiocination of the inner visionary eye--i.e., you couldn't focus on one without remembering the other. And his ability to do that, without awkwardness or pressure, I always admired. Behind all that, too, was the knowledge that Bill, unlike almost everyone else in the Bolinas scene, was financially secure, his father having provided for him in the form of an annuity before he died in 1959. 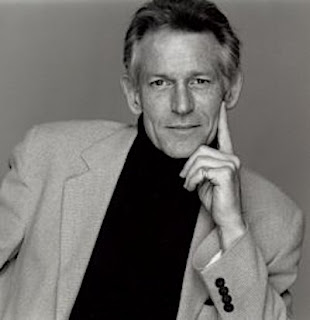 The fact of Bill's life--his self-transformation from a quasi-upper middle class heavy to a 'Twenties style underground bohemian--was a process he undertook deliberately, eyes wide open. You might have expected Bill to be a snob, but his interest in people and things was stronger than any insecurity (or haughtiness) his background may have implied. He became, as in the tradition of Mencken, an aristocrat of complex taste.

For a long time, it was hard to separate Bill from his connection to Frank O'Hara, particularly since, as the older poet's keeper of the flame after the fatal accident on Fire Island in 1966, he seemed preoccupied with that--or at least one's consciousness of that connection overshadowed the other things Bill was doing. He worked as a writing instructor, an editor (Big Sky), and eventually segued into serious art criticism and teaching. His relationship with O'Hara, though "Platonic" in its intimacy, for many years shaped his reputation as much as anything else he may have done.

Bill's work began in a kind of wholesome confusion, then became refined and somewhat focused. Then, in later age, he dove back into abstraction and became pretty scattered. Blue Is the Hero [1976] documents the first two stages, then, with Serenade [2000], everything gets very ambiguous and complex and frivolous (in my view). My favorite book is Lush Life [1984], the title taken from the great lyric single by Ellington. (If you listen to the chord changes in that piece, you have a good shorthand of Bill's character.  If that sounds mysterious, then so be it.) 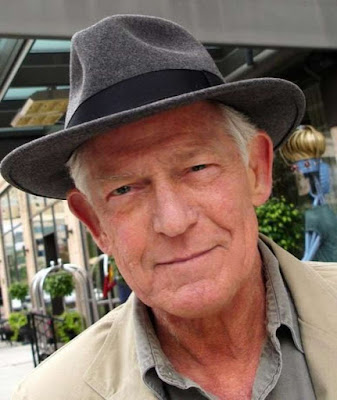 The last chapter of Bill's life began with his lung transplant in 2004, after 40 years of heavy smoking. He'd thinned down, and his features had changed, from the "rugged" crust of middle-, to the more fragile ghostliness, of old age. I last saw him in person about 10 years ago, after this miraculous reemergence.

Since When is filled with his familiar voice--

"That shock, shortly before my sixtieth birthday, of realizing that I had slipped over a line and had spent more than half my life in California, all the while maintaining my New York credentials . . . That natural habitat we carry in and around us is so telling."


Posted by Curtis Faville at 10:18 AM No comments:

From the Gallery of Heroes

As with all such events, it was another reminder of time passing.

Willie's death was not unexpected, since he'd been having health problems for several years, and hadn't been seen in public, out of a wheelchair, for a long time.

I can remember, as if it were yesterday, the excitement his arrival generated when he was called up by the Giants in 1959. That evening my Stepdad told me he'd gotten four hits (and I think two triples!) in that game, batting against Hall of Famer Robin Roberts. The balls he hit that day were all screeching line-drives. 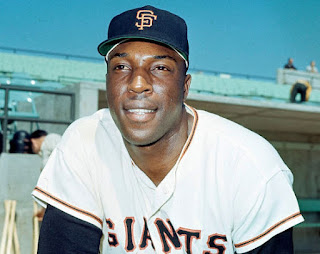 Willie's arrival that year created a dilemma for the Giants, since they already had an all-star first baseman in Orlando Cepeda, who'd won the Rookie of the Year Award just a year before. Neither player was a good outfielder, so it was clear that eventually, one of the two would eventually leave. After the 1965 season, the Giants traded Cepeda away to the Cardinals. It was a heart-breaking event.

McCovey had grown up in the deep South, in a big family. He was close to his Mother, and seemed kind of innocent. Hearing him speak in interviews with his high-pitched, aw-shucks manner, he sounded like a gentle Giant, all simplicity and devotion. And it was true, he was decent and humble about his gift, and never let it go to his head. 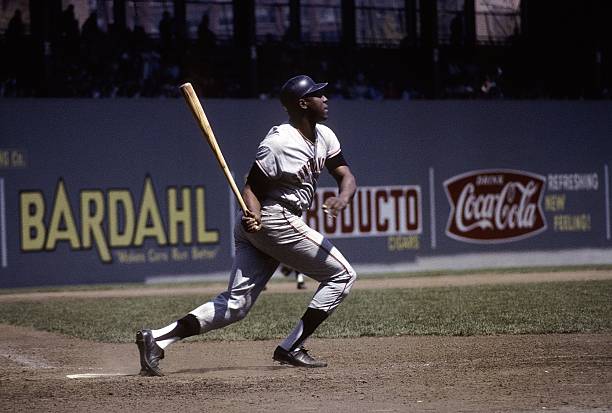 Willie's swing was a thing of beauty, uncoiling from a deep crouch, and whipping upward as he spun in place, ending with the bat pointed upward behind his back. With his huge 6'4" frame, he looked like some mythical figure from legend. At first base, he could stretch his whole long body out, which is where he got his nickname "Stretch."

I saw Willie play near the end of his career at Candlestick Park, in 1978. He was no longer the star performer he'd once been. In the first inning, a Pirate batter hit a lazy ground ball just to his right, and he half-heartedly dipped down as it squirted underneath his glove. The crowd booed. But Willie's knees and hips were shot; he was literally playing on his last legs.

No one who saw him play in his prime would have questioned his greatness. He was a country boy who played his heart out. For eight years, between 1962 and 1970, he terrified National League pitchers. Unforgettable.


Posted by Curtis Faville at 9:58 AM No comments: