It's one day past Thanksgiving, so done with gratitude, we resume the daily round of getting and spending, buying and selling, eating and drinking.

Tropic is almost a separate continent of variations along the stainless counter, conjuring equatorial indulgence and slippery suggestion. Pure hedonistic surrender, the colors streaming in along the trade winds of the imagination, the heat pressing down on evaporating rainwash. 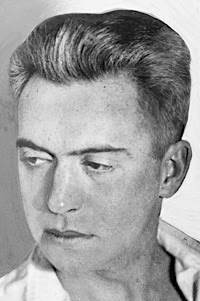 The Caribbean held a special attraction to Hart Crane [1899-1932], a High Modernist poet with an explosive verbal facility, whose charged metaphors and severe rhetorical flourishes concealed a suppressed frustration and rage about his closeted Gayness. Submerged beneath the oppression of morality and polite society, his work became the histrionic enactment of this frustration, albeit concealed behind obscuring layers of artifice. 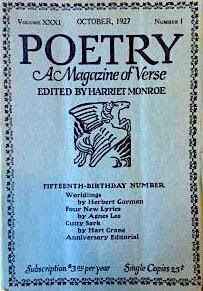 O Carib Isle appeared in Poetry Magazine in October 1927. Its heavily clotted diction and complex twisted grammatical turns may have seemed less eccentric than they do to our ears, but even in its time, it was perceived to be enjambed and cluttered with intense emotion and puzzling contractions, unlike anything that had come before. Considered romantic at the time, today we can see that its extremities were actually modern, emerging from metaphysical preoccupations more characteristic of the 17th and 18th Centuries than of the 20th. Reading it for content can throw your mind into knots and loops, and it takes time and patience to fully appreciate the overall effect of such dense designs.

The tarantula rattling at the lily’s foot
Across the feet of the dead, laid in white sand
Near the coral beach—nor zigzag fiddle crabs
Side-stilting from the path (that shift, subvert
And anagrammatize your name)—No, nothing here
Below the palsy that one eucalyptus lifts
In wrinkled shadows—mourns.

And yet suppose
I count these nacreous frames of tropic death,
Brutal necklaces of shells around each grave
Squared off so carefully. Then

To the white sand I may speak a name, fertile
Albeit in a stranger tongue. Tree names, flower names
Deliberate, gainsay death’s brittle crypt. Meanwhile
The wind that knots itself in one great death—
Coils and withdraws. So syllables want breath.

But where is the Captain of this doubloon isle
Without a turnstile? Who but catchword crabs
Patrols the dry groins of the underbrush?
What man, or What
Is Commissioner of mildew throughout the ambushed senses?
His Carib mathematics web the eyes’ baked lenses!

Under the poinciana, of a noon or afternoon
Let fiery blossoms clot the light, render my ghost
Sieved upward, white and black along the air
Until it meets the blue’s comedian host.

Let not the pilgrim see himself again
For slow evisceration bound like those huge terrapin
Each daybreak on the wharf, their brine-caked eyes;
—Spiked, overturned; such thunder in their strain!
And clenched beaks coughing for the surge again!

Slagged of the hurricane—I, cast within its flow,
Congeal by afternoons here, satin and vacant.
You have given me the shell, Satan,—carbonic amulet
Sere of the sun exploded in the sea.


As the carousel of days and mixes turns, I pick one from the spin, a happy coincidence of rum and fruity flavors which perhaps catches the spirit of the holiday season. Here in the Bay Area, we're receiving our first precipitation of the season. Our roofers, who began replacing our shake shingles two weeks ago, finished just in the nick of time, a couple of days before the downpour. Gratitude as luck? Perhaps . . . .

Stirred together and poured into glasses with ice.

Posted by Curtis Faville at 5:32 AM No comments: