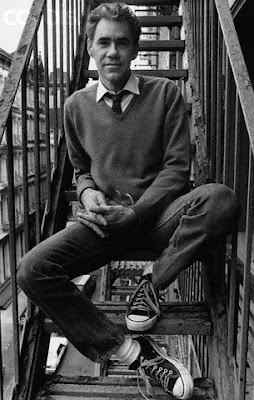 Certainly there were people who didn't know about Joe Brainard in the 1970's, but where were they hiding? He seemed to be everywhere. He was writing, painting, making collages, covers, and digging the scene in New York City.
He'd grown up in Oklahoma, went to high school with Ron Padgett, in fact. He was part of a tightly knit group of second generation New York School writers and artists, but he also lived in the Gay world. Joe was moody, but he took his work very seriously. That might seem a contradiction, given the spirit and approach of his subject-matter, which was often spoof-y and satirical. It was superficially two-dimensional, and drew upon cartoons and pop illustration in much the same way Andy Warhol did. But Joe's work--his graphic work--belonged to a different tradition, one that probably included Fairfield Porter, Jane Freilicher, Alex Katz and Lichtenstein. Joe's art was fun, but it was casual and easy-going too, in a way that didn't make you uncomfortably aware of the artist's difficulties. It wore well like an old pair of 501's. 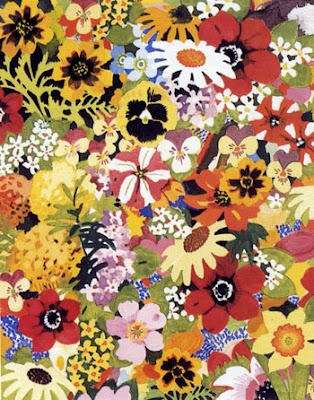 I remember not wanting to get invited to swimming parties, because everyone would see how skinny and pale I was (these were the “Coppertone” years).

I remember “let’s get that real estate from under those fingernails.”

I remember going to the theatre, and the floor between the seats being so sticky with old candy and crud that your shoes stuck to it.

I remember putting unshelled peanuts into the nose holes of the circus elephants (weird).

I remember telephone party-lines, and once in a while, the neighbor walking right into our house to put the receiver back in the carriage (we’d forgotten to replace it, and he could hear us talking).

I remember sonic booms, and how—for just a second—everyone would worry that maybe it was an atomic bomb.

I remember being “curious” about what girls had hidden up there between their legs.

I remember the Edsel.

I remember being forced to dance with the ugliest girl in class, feeling disgusted that I would get her “cooties” on me (cruel!).

I remember once reading that everyone on earth has unwittingly swallowed insects, usually in their sleep, and thinking if I was never aware of it, this was probably okay.

I remember full-service gas stations, with attendants (“may I fill’er up, sir”), and watching him spray and squeegee the windshield from inside the car.

I remember when parking meters would accept pennies.

I remember Lionel Train sets on Christmas mornings, and not managing to keep all the wheels on the track at the same time.

I remember going to the circus, watching the high-wire trapeze artists doing routines to the music of “Blue Tango” and always having a funny “sexual” feeling whenever I heard that music again.

I remember dirt-clod fights, and coming home so dirty your mom wouldn’t let you in the house.

I remember “don’t ever get in a car with a stranger, no matter how nice they seem.”

I remember never locking our doors unless we were going on vacation.

I remember running cross-country on icy mornings, it was so cold your face would be numb, and you'd get so exhausted your tongue tasted like copper pennies.

I remember sparklers, pin-wheels, and glow-worms, and not wanting to wait until it was really dark to start shooting off my fireworks.

I remember, in the second grade, trying to get the attention of a girl to whom I was attracted, repeatedly tripping her as she walked by my desk, but just making her really angry.

Posted by Curtis Faville at 4:32 PM

Some of these I recognize better than others, especially the last three.

the one about the peanut shells and the nose holes was very disturbing. Did you mean the trunk?

You're a little younger than I am, Kirby, so some of this stuff may pre-date you.

Yeah, you put the peanuts--one in each nostril--of the elephant's trunk, and he sucked them up into his mouth. The elephant skin is a dark grey-graphite color, but it's bright pink just inside the nostrils. I was afraid of the trunk--it was really strong and flexible, like pure muscle. It's a great memory, though.

Can you remember the candies you used to buy at the movie theatre?

"Squeegee", did that word actually exist or are we dreaming it?

(Were squeegees related to The Curiosity?)

FYI, this bit on

has a nice and quite characteristic Joe line relayed by Tom Raworth in the comments box.

I remember every single one of these, Curtis.

remember when Coke had codeine as an ingredient and we used to take a couple of swallers to make room to dump in a little packet of Mr. Peanut (Planter's) salty peanuts..

someone also did an


I remember (when Eisenhower was president) and I was in elementary school we had to do Atomic Bomb get-under-the-desk drills.

one time I said to Mrs Strawn .

If "they" (the Ruskies) drop an Atomic Bomb on D.C. there will be a crater 2 miles deep and 100 miles radious. WHATthe hell good will this desk be?"

went to the meeting.. me, her, Strawn, the Vice-Principle.

well my Grandmother listened for awhile and then said to "them" "Y'all are Morons!"

I remember the first time I ever heard the

the wind-shield wipers on your car are

a pair of squeegees!

and
no window-washer worth a
(...) would be without his squeegee:


Imagine every window in the Empire State building from the out-side on a scaffold without your soapy towel and squeegee?

What I remember is that you could get the drugstore guy to simply fill up your glass (or more often other larger receptacle) with what was called "coke syrup", and this was used as a "cough medicine" for kids. Though if the cough got really bad one had be moved up the severity ladder to paregoric, also available over the counter. I had rheumatic fever and whooping cough. It's all one long floating paregoric dream.

I remember when Stalin died everybody in my grade (the boys that is) were into Davy Crockett hats. The nuns gave us a half day off school to celebrate the demise of the leader of our great national enemy the Soviet Union. Strange anachronistic reverie now to think of 75 wee Davy Crocketts dashing about the cobbled asphalt of the playground, fake foxtails flapping in the wind off the Plains, whooping it up over the death of Stalin; in retrospect weirdly parabolic, like much so called historical event.

Loved TC's Stalin memory. The people of the Soviet Union would like to have celebrated, too. Or at least some of them. I remember they showed a strange tape out of the DUMA in which Kruschev was heckled for having done nothing in Stalin's years. Kruschev yelled WHO SAID THAT? And no one answered.

Then, Kruschev said, "And that's why I said nothing!"

Soviet law was a travesty consisting largely of kangaroo courts.

I do remember something called jaw breakers, and catching lightning bugs.

At any rate, I think you're about ten years older than I am, Curtis.

Nice to remember all these things.

I had dinner once with Joe Brainard at Kenward Elmslie's house in Greenwich Village, and Joe didn't say a word!

Steven Taylor was there, and Kenward, and I think Bobbie Jo Creeley. They were rehearsing for some musical.

I remember they had a large cake!

I didn't really know anybody there but was invited as a sometime correspondent of Kenward's. I thought he was a hoot. He's still alive.

Isn't there something in Brainard's memories that is slightly farcical or something? Yours seemed a lot more to be just plain memories. there is a wink in his memories, if I remember correctly, like the one that said,

"I don't remember ever having any sexual identity problems."