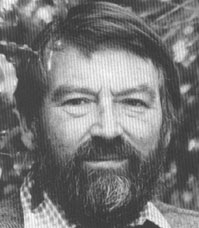 Perhaps it is no surprise that I would be attracted to a movie adaptation of a novel (The French Lieutenant's Woman, 1969) written by Harold Pinter. As I noted with The Servant [The Compass Rose, March 29th, 2009], Pinter's skill at adaptation is among the most impressive of any serious playwright in the history of the medium. Meeting the challenge of translating an ambitious full-length historico-philosophical narrative by a serious novelist of ideas, he created an alternative "double-thread" parallel technique to replicate Fowles's contemporary (modern) point of view with respect his very Victorian story.

I was long an admirer of Fowles before he published The French Lieutenant's Woman. As a teenager, I picked up a copy of his The Magus [1966] in paperback, intrigued by its promise of sophisticated sexual dalliance mixed with intellectual speculation. And it didn't disappoint. I immediately fell under his spell, and went on to read The Collector [1963]. For those who many not realize it, Fowles actually wrote The Magus before he wrote The Collector, but because of the many difficulties he had in disciplining his sprawling "Greek" novel into a shape acceptable to his publisher, The Collector was published first. And Fowles wasn't satisfied, even then, going back and issuing a Revised version in 1977. (I never read the Revised version, but I doubt whether I would find any pleasure in doing so, since first impressions of novels one loves can seldom be improved upon.)

I was totally enthralled by The French Lieutenant's Woman when I read it in the American hardcover edition. Newly married, a graduate student in English, I thought it the perfect "recreation" from my survey courses on Victorian Literature, a seminar course in Blake, and deep readings in Tennyson, Browning, Dickens, Hardy and Matthew Arnold. As a casual (popular), though absorbing, speculation on the relationship between Victorian values and sensibility, and Modern scientific temper and curiosity, it set the stage for a lot of my thinking about sexual nature, sexual archetypes, and women's liberation (which was very much in its early stages at that time).
How would Dickens have written this story if he could be alive today (with the knowledge of the last 100 years (circa 1967) at his fingertips)? Perhaps it would resemble the book that Fowles wrote, albeit with somewhat more felicitous language.
The screenwriter's task, then, was to figure out a way of playing the narrator's privileged modern view of his Victorian subject-matter against the basic historical plot. The method Pinter chose--creating a frame of present tense (a film company filming the story of The French Lieutenant's Woman) in which the "real actors" interact, the two central "actors"[Streep and Irons] conducting a parallel clandestine affair during the location shooting schedule--now looks inevitable. Sort of a movie within a movie within a movie. This may sound confusing, but it works very smoothly. It allows Pinter to conduct an implied "commentary" upon the Victorian narrative through contrasts between the present and past, assuming the function of the novelist's narrative voice. Did Fowles have any part in cooking up this ingenious solution? I'm not sure.
In any case, the technique (or trick, if you will) keeps the viewer on his or her toes, as the film cuts freely back and forth between late Sixties London, and mid-Victorian Lyme Regis. This seamless switching emphasizes the interchangeability of personae, as well as our intimate connection between our recent ancestors and our intellectual remoteness from the world they inhabited. It brings the 19th Century to life in a way no other kind of intimate information or viewpoint could afford.
Streep won the Oscar for her performance as Sarah Woodruff, Pinter took best screenplay adaptation from another medium, and the film also won for set direction. The film itself is beautiful in all respects, both in its graceful evocation of a spoiled/unspoiled England (rural countryside versus the dingy coal-darkened urban-scape of London). Perhaps ironically, Fowles set his story in the seaside community where he chose to live for the last half of his life, Lyme Regis, on the Southwest coast. Lyme, despite the passage of time, retains much of its Victorian architectural flavor, and the opening scenes, set along the curving breakwater (or "cobb") are especially effective.* Streep's interpretation of the emotionally conflicted romantic heroine, with long red curls and by turns coyly seductive, and fitfully depressed (gloomy) demeanor, is perfectly set against the primly inquisitive Charles Smithson (whose passion awakens him from his aimless ennui of scientific puttering to a full realization of his need for a strong opposite).
In his New York Times review of the movie in 1981, Vincent Canby said "The device [of cutting between the parallel narratives] must have sounded better in story conferences than it plays in this film. This contemporary frame is peculiarly flat. It illuminates nothing more about the differences between the manners and mores of 1867 and 1981 than any reasonably alert 1981 adult might be expected to bring into the movie theater uninstructed. It certainly doesn't give Mr. Reisz anything comparable to Mr. Fowles's opportunities to quote at what sometimes seems pure name-dropping length from Matthew Arnold, Hardy, Austen, Darwin, Freud." Which is true enough in its way, though it's difficult to imagine what general movie audiences in the States would have made of a more "honest" film that dealt with ideas as complex as those which Fowles discusses in the book.
Our sense of the possibility of the Victorian relationship is perhaps heightened by our knowledge that these "same people" a hundred years later are doomed to lose their connection, out of the obligations and preoccupations of quotidian life.  Is the romantic love which tempts Sarah and Charles a greater indulgence than the adulterous affair between Anna and Mike? Do feelings of love change over time? Naturally, we want to say. Did the Victorians suffer more, and feel more, for the forbidden fruit of both self-realization and unconditional passion? Or were they living under an illusion?
In the end, each age creates its own illusions about love and sex and obligation. The idealization of a fated, irresistible, or profound, passion comes down to us from the early Renaissance, an invention of secular apologists for the animal instincts we all feel. The lyric passion of the Romantic Era in poetry and music is an investment in the redemption of the flesh, divorced from the canonical disciplines and rigors of organized faith: The emancipation of woman from the sterile purity of obedience and subservience.
_____
*In one curiously familiar sequence, Anna (Streep) and Mike (Irons) are lounging along the rock shingle under a cliff along the coast, which appears (to my eye) to be the exact location of a series of haunting mood shots by the British photographer Bill Brandt.
Posted by Curtis Faville at 2:52 PM

I think that Charles Smithson is the guy who gave all of his "stuff" to and created the Smitsonian Institution..

as you come into the castle his remains are on the left..

"right on" with your last paragraph!

no law (religious or political) supersede the natural course of living/dieing.. 'cept through fear-mongering and enslavement.