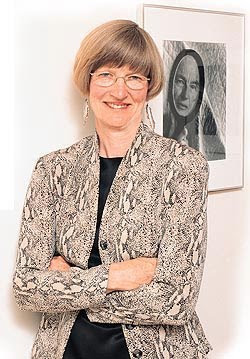 Linda Butler's career presents as a seamless record of continuously evolving success, as she has moved from triumph to triumph, her progress marked by a series of themed monographs--four to date--each of which has represented not just an expanding unique vision, but ground-breaking approaches to documentary photography.

Paul Strand showed how an individual photographer, with a clear, sympathetic attitude towards a specific region--people and animals inside a landscape, of their place and time--might present a unified series of images, each of which, because of the integrated relationship between parts, could be greater than its sum, a metaphysical balance between matter, light, texture, culture, character, mood and meaning. Strand was known to be a stickler about his prints, producing indelible tonal intensities which communicated even through the offset reproductions which were used to produce his series of books. Strand was very ambitious, and it sometimes seemed/seems as if his overriding conviction overwhelmed his subjects, turning them into symbols or personifications, perhaps even caricatures of their actual selves. In any event, Strand set a standard which was a combination of the best aspects of the WPA era's fidelity to a populist, indigenous people, of the most serious abstracts of nature and man-made artifacts, into a synthesis expressed through the highest standards of the photographic art.
Coming down through this tradition, Butler's challenge has been to select subjects whose potential interest and significance could yield new tonalities and perspectives, and allow her to achieve a persuasive personal vision.
Unlike Strand, Butler's vision is softer--though giving nothing away in terms of focal precision--but frequently conceived from more unusual vantages, sometimes even suggesting surreal disorientation, or pondered absence.
Butler's four books--on the Shakers, on rural Japan, on Italy, and on the Yangtze River Valley in China--each broader in purpose and implication than the last, have redefined the regional monograph tradition.
Butler's work may resemble Strand's in its balance between human and non-human, as well as marking the presence/absence of human habitation and effort, but its feeling is subtler and much more delicate, summoning delicate gradations of emotion and memory, regret and affection, than Strand ever demonstrated. 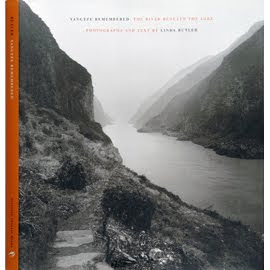 Her last book was published by Stanford University Press, and is a literal elegy to a part of the world that we are soon to lose completely, as China completes its gigantic dam project which will bury hundreds of miles of territory and culture under a huge engineered lake along the great Yangtze River.
This was a project that demanded wide views, both to record what will soon be lost to history, as well as to provide a sense of scale of the landscape--as impressive and awe-inspiring, in its way, as the Grand Canyon. 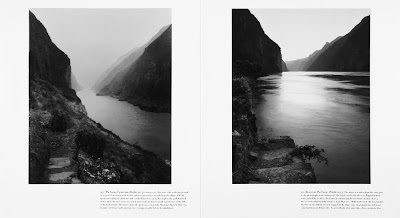 Butler's choice of black and white, as opposed to color imagery, was clear from the beginning--her vision is decisively within the tradition of magic shading--long straight-line scales, without losing the intensities of rich blacks and evanescently luminous shoulders. 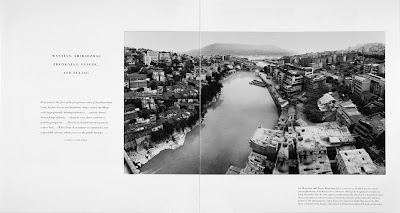 Working mostly with interior spaces, her first book on the Shaker communities--which have been maintained meticulously to preserve the quality of life they represented to their now-long-since-vanished inhabitants--exploited the soft natural light falling upon rustic, man-made objects, a quiet, modest quality of silence, meditative and devout, clearly religious in tone. See the bottom four images, taken directly from the book, and the separate one of cooking utensils hanging against a wall. 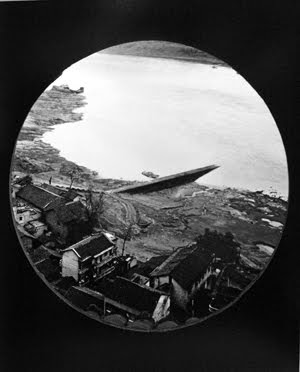 The Rural Japan monograph--too large to be considered a mere portfolio (as one might describe the Shaker book)--was a fulfillment of the potentials of the first book, replicating the interest in common objects and spaces, back- or side-lit, explorations of the man-made environment, bearing the touch of care and the intimacy of common use. The camera caresses and glories in the textures and variations within the material world, allowing each thing--a boat, a simple door, a pool of carp--to stand in the poised dignity of its presence, cherished and whole. 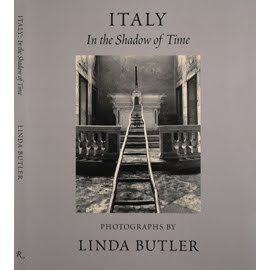 The Italy monograph breaks new ground, exploiting the potentials of subtle toning of prints. Rather than the "antique-ing" one often gets with these "split-tone" techniques, Butler's use of it extends the tonal dimension by adding another layer or lustre to the highlights, as if they were being illuminated by a different place in the visual spectrum. These images are more mysterious and even perhaps obsessive, than anything she had done (or at least published) previously. This book continues the tightly conceived attention to things--which both disclose as well as contain their meaning--which had characterized the earlier two. 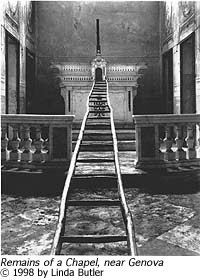 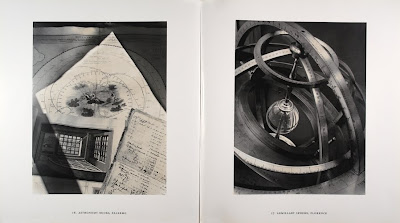 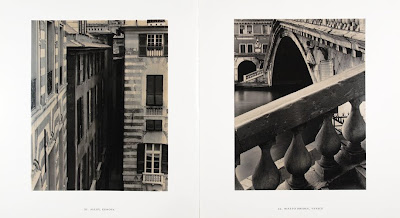 With the Yangtze River book, her attention moves out into a broader sphere, giving us panoramic views of the world, within which settled traditions and vernacular identity exists. Do we have the right and privilege to wreak awesome change upon a landscape which supported and sustained so many people in relative harmony with nature? 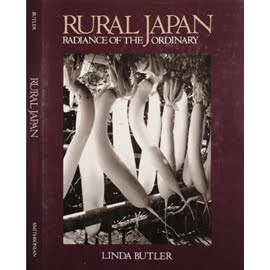 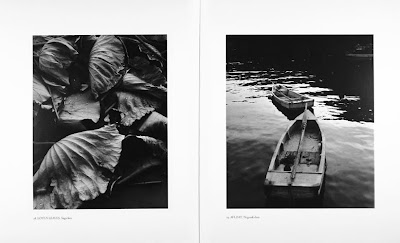 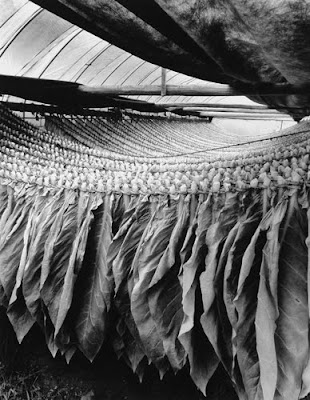 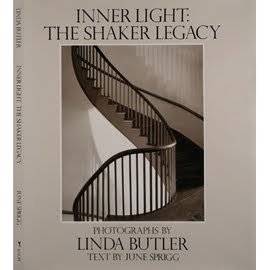 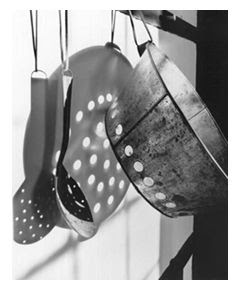 I'm always a sucker for interesting dune shots, and these two are among my favorites. Alongside her "project" books, Butler also obviously is building her inventory of classic traditional photographic subjects.
Each big step she has taken has been an event worthy of the high point of an ordinary career. In photographic terms, she is still young enough to be considered in her early prime. I eagerly await each subsequent cycle of her interest. What will her next book address? (Images mounted on her website show views of the devastation wrought by Katrina.) How will her work change to suit it? She hasn't taken a wrong step yet! 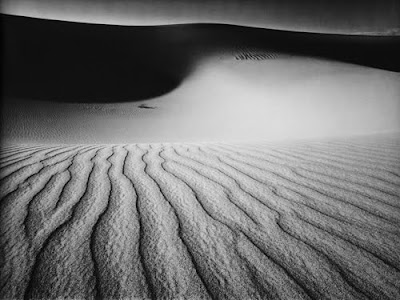 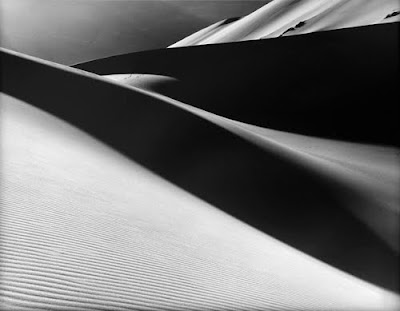 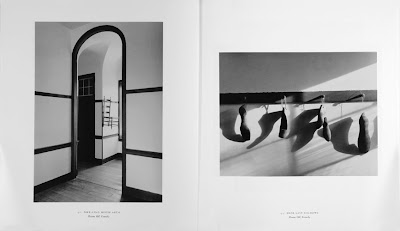 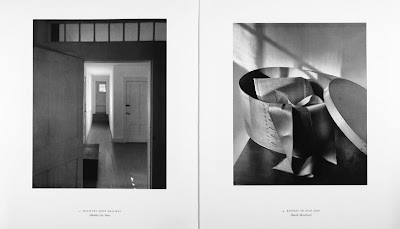 Posted by Curtis Faville at 7:39 PM

saw a PBS feature on this several years ago farmers (it's always the poor farmers who lose) being "relocated"..

some Oriental collectable store in Rockville was filled up with things taken from these farmers houses ...stars, cup-boards, lentils, doors, chests, jugs, clothes, etc... and being sold..

Linda Butler
another discovery for me