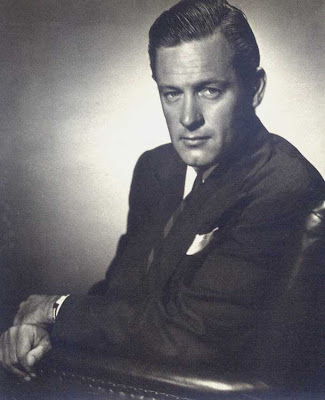 It shouldn't be difficult for movie audiences today to appreciate William Holden's charm and manly force on the screen. After all, Tom Hanks, whose career has come to resemble Holden's not just in the kind of parts he's taken (and in what order), possesses essentially the same kinds of actor-character traits, which may be proof that the older Hollywood action-drama movie-formula--featuring a capable but reluctant average Joe as the heavy--when carefully done--can still appeal to mass audiences. That's what occurred to me when I saw Saving Private Ryan [1998] while visiting Victoria, BC in 1998. 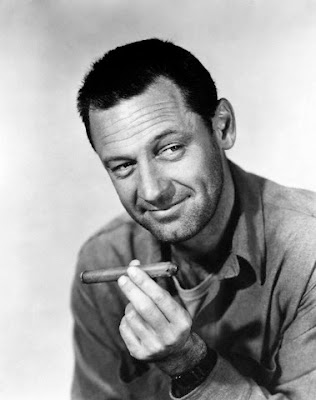 Stalag 17 [1953],  a classic prison-camp movie (a sub-genre of the prison movie of the 1930's and 1940's), combines elements of escape, loyalty and betrayal, situation comedy, and wartime distress, into a tightly knit, fast-paced series of set-piece scenes, each perfectly shot and realized. 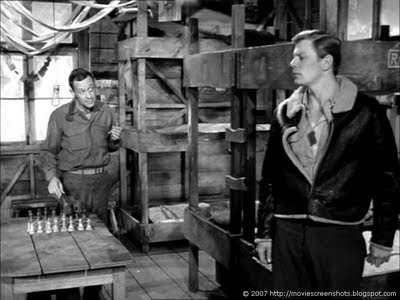 Aside from Holden, who plays the part of J.J. Sefton, the camp's cynical hustler, the man who--like Morgan Freeman's "Red" Redding in The Shawnshank Redemption [1994]--can "get anything a man might need on the inside"--the film also features Peter Graves (in what is surely his best cinematic role, aside from the cameo in Night of the Hunter [1955]) as the German spy posing as one of the prisoners (slyly serving as "security" for the compound), with Harvey Lembeck and Robert Strauss ("animal") doing a comic duo routine the equal of Laurel and Hardy or Abbott and Costello; Otto Preminger (the erstwhile actor and well-known director [Laura, River of No Return, The Man With the Golden Arm, Bonjour Tristesse, Anatomy of a Murder, Exodus, Advice and Consent, In Harm's Way] as the German camp commandant; Gil Stratton as Sefton's [Holden's] errand boy, who does the voice-over narrative in the film; and Sig Ruman as the fat, boisterous, effusive compound guard who is Graves/Price's contact. 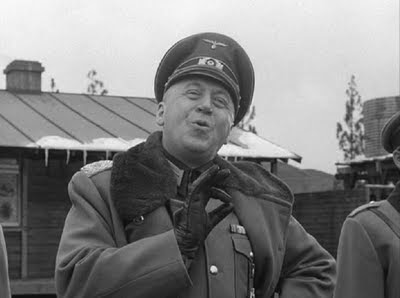 The film's axis revolves around the question of loyalty. Attempts by the prioners to stage escapes are repeatedly sabotaged, but how this happens continues to befuddle the prisoners, until Sefton--who has heretofore inspired only disgust and suspicion for his apparent collaboration with the German guards (trading for goods and privileges) by the other prisoners, and has received a beating from them for it--discovers Price's little trick by hiding inside during inspection (messages contained in a bishop piece from the chessboard in the bunkhouse) and exposes him, elevating Sefton overnight into an unsuspected hero.

The contrast between Sefton's cigar-chewing cynicism, and the cardboard gallantry of Lt. Dunbar (an Ivy League commissioned prig), a new arrival at the camp who has information crucial to the Allied cause and hence needs to be freed a/s/a/p, is made graphically apparent in their joint escape attempt. The similarity between this role, and that which Holden played in The Bridge On the River Kwai, is obvious: In each case, an American soldier more interested in his own plight, is discovered capable--when the chips are down and there's no way out--of heroism and selfless courage, against his natural inclination. This "reluctant warrior" concept is central to the myth of the American soldier profile, so often repeated in movies and literature. In a capitalist society, self-interest and hustle are admirable traits, but in a military situation, requiring obedience and loyalty to the group, these traits become ambiguous.

We're charmed by the gregarious, hard-boiled sardonic grifter, but, like the hooker with a heart of gold, he proves to have deeper resources of cunning and loyalty than we suspected. This is traditionally contrasted to the stereotyped fascist soldier, an automaton of conformity and submission, who either has no guile--or, if he does, only as a predatory drive--or who would never dream of questioning authority or thinking on his own. This is frequently presented in support of the concept of the superiority of a free-thinking, "civilian" army, as opposed to a professional warrior class.
The film teeters uncertainly between comedy and tragedy, as prisoners are killed or captured, while the "inmates" put on skits and pursue hijinks to relieve boredom and the grinding routine of camp life. The story, originally conceived as a stage drama, functions essentially as a theatrical adaptation, since there's no real "action" other than a couple of escape scenes. The dialogue and quaintness of the rag-tag "bomber crew" cast, and Billy Wilder's masterful, economical direction (note he also co-wrote the script, as he did Sunset Boulevard [1950], another of Holden's notable early successes), produce a black and white film of noble proportions, memorable both for its cinematic simplicity, its jovial wit, and its subtle undercurrent of circulating menace and danger. It's among a handful of great WWII movies, which, despite having no battle action at all, presents complex ideas about loyalty, heroism, betrayal, loss and longing, and the durability of the American "common man" under conditions of privation and stress.
William Holden's career, which began under the studio system in the late 1930's, was defined by a string of roles, beginning with Golden Boy [1939] and Our Town [1940], but didn't really take off until Sunset Boulevard [1950], continuing with Born Yesterday [1950], Stalag 17 [1953], Sabrina [1954], The Bridges at Toko-Ri [1954], Love Is a Many-Splendoured Thing [1955], The Bridge on the River Kwai [1957], The Key [1958], The World of Suzie Wong [1960], before beginning to decline after The Wild Bunch [1969]. During that stretch, Holden proved himself capable of both dramatic and comedic parts, always the personification of a dignified, attractive, charming American male, not effete and slick like Cary Grant, or gruff and wooden like John Wayne, but voluble and gregarious, solidly middle-class, confident and secure in his skin, positive in outlook. It's a type that largely died out in the 1960's, along with the studio system. Tom Hanks is the inheritor of that role-type today.
Posted by Curtis Faville at 4:43 PM