The Earth is a Grave 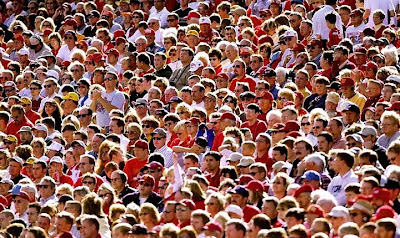 if you're feeling a little closed in, come to Canada. Lots of space up here!It just might freshen up the mood a bit, too.

The earth is an aperture to the Nude Jerusalem.

The earth is a finite entity; all forms of energy are being expended at the same rate, though it may seem there are variations in the progress of this process. In other words, in the long run, we may create pockets or loops of potential delay and hedges against scarcity, but eventually we are doomed.

Yes, Sir Faville, though humans' faith in progress, or dare we say teleology of some sort --secular, or religious--may be difficult to eradicate. Evolution itself does not seem completely opposed to a sort of grand Hegelian development towards...something, though as you point out humans tend to overlook the unending depletion of resources, and ever-growing population, urbanization, water issues, spread of disease, viruses, etc. There will be probably not be any major crisis (excepting another war, or terrorism) until we're down to the last few hundred barrels of oil--then the real Dystopia begins.

I completely agree with you.

Curtis, you couldn't be more accurate. The most astonishing thing about the climate change "debate" (a muddy, degraded, lowest common denominator conversation already) is that no one even mentions population growth as an issue. Not politically correct, I guess, and that will be the death of us.