Kenneth Irby & the Words in his New Book

Under the gently undulant, once-fertile prairie of the Great Plains States, covering a vast and swirling matrix, everywhere bearing the trace of man's hand, there is a musick. First heard by Whitman, as a distant rumor, and summons to dream, of what lay there in a future lyric of labor and increase. Undeviating sight-lines and tantalus of wandering, broad extent. Her sons called then beneath a boundless cloudy, to that murmuring eructation spread out under eternity, her musick, her pullulating contours. 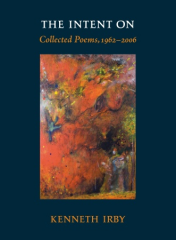 And so the first question on my lips is do we really deserve this book, this man, in particular if we did not already know of this work, the extraordinary fact of what he has given us, his gift, our bounty. The Intent On: Collected Poems, 1962-2006 [Berkeley: North Atlantic Books], a collection of work spanning these five fervent, troubled decades, from an unique writer tuned to an oft-neglected aspect of our American landscape. I think of him, along with his late fellow Kansan and poet of spiritual kinship Ronald Johnson--both men of the epic inheritance indigenous to their common region, starting from there, outward to encompass, cosmologies of scale and purpose generous in their unfolding, precise and delicate in their respective graceful styles. 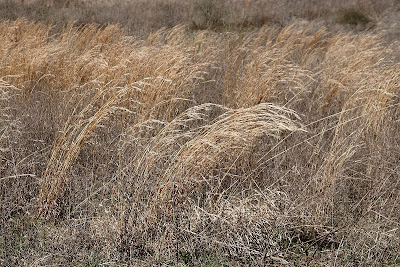 I first knew of Irby's work shortly before the appearance of his Relation: Poems 1965-1966 [Los Angeles: Black Sparrow Press, 1970], a beautiful book whose holistic ingenium, persuasive inclusion and thrall to minute circumstance and widening implication found ample precedent in the unconscious strain of my own lineage (all three of my parents Wisconsonians, and back of that Norwegian and West Country Welch two centuries aft). It spoke to me in a voice at once seductive and ennobling, evoking a commonality which stretched from Albion to Paumanok to the headwaters of the Missouri and beyond.
This new book is so full, so generous, so brimming with propagating echoes, so measured and flickering with delicate prosodic turns and swirls, soaring flights. I am poor beside its richness, at an impasse to choose a quotation--one more apt than another, all are fine, each will do--
Streams out of us, words, acts in silence, singing
from the land under foot
from the common land held inside us
Strawberry Creek carrying to the Pacific tides
these silts and erosions
(p. 151)
--as then this sense of my first understanding of my connection to the very ground moving underneath us, was brought home, a specific local detail connecting us each one to another in adjoining human bodies, cousins in purpose, was here named, cited. A confirmation and present example in exile from the flat American conviction, exotic/domestic, far and near, familiar and strange. The rolling twiggy extentless acres and hectares of grassland out and beyond our knowing--
I will not let blood and I do not know
if there is any turning back upon the land
to traverse, how much
traversing now will reopen
what spaces seem nowhere
ease us together--it is not different to go past
the endless misuse of landscape
here in Berkeley or there in New Mexico, what space
is open beyond is open across the whole world
Looks past whatever salvations of individuals
realizing salvation is only to pass
into the space all people live in
--(p. 134)
--by what permission or allowance were we, was I, entitled by his brief passage through this corner of my country where I've chosen, fated perhaps, to live (in)? He returned in due course to his Kansas and teaching, where he still corrupts the innocent minds and imaginations of those Prairie kids with Shakespeare and Milton, among whom, in which, by all accounts, he belongs.
Posted by Curtis Faville at 7:26 AM

there is certainly something to say for keeping your ear to the ground (place) and listening/hearing the rhythms/music in and on the wind..

the lines, his lines a kind of Magical sense and sounding..

I thought I was the only one who knew (of) his work!

that "space all people live in"

each one of us
a place to go out
from when/if we choose.


thanks for the neat attitude/words here..
his and yours

no one need ever "misuse the landscape"

The Wizard of Oz and Dekalb Wheat/Corn -fields.

I'm very intrigued by this post. First, the book - -I've seen it -- looks amazing, as a thing and within, and I criticize myself for not yet getting into it deep.

But also: is your style here, Curtis, which I read as different from some other posts -- by which I mean in this one, the sentences go, ambulate more, around this way and that:

Does the style here reflect the influence of reading the poems?

The two excerpts here suggest an expansive poetics that goes and goes....

Imagine how the variant purposes and tendencies in the works of these two Kansas poets intertwine, loop about, like two delicious flutes. At times curt, abrupt, at others easy, legs stretching out.

"I am Walt Whitman" --a universe. Contained and containing, various, catholic, entire.


one must pay an attention to ALL of the details..

I just ate an apple!

usually have
AN apple A day
keeps the doctor away

an' I ain't jus' a-whistling Dixie

It's not the same.

I would say "unique" begins with a "consonantal 'u'", as here:

Some, perusing the Leaves of Grass,
detect a belch of mystic gas.

Who pens poems for yankee Prairies?
A farm-boy or... broadway fairy.

The "leaves" were the leaves of a book. Paper is the literal cellulose of plant matter, mashed up and processed and flattened and dried. The leaves are also the sheaves of stalks--countless in number--covering our praries--which symbolize the democratic commonality we all share as citizens.

Either you hear (and feel) the music of Irby's poetry, or you don't. It's your choice. Give it a try.

I'm just kiddin' Sir F. Poet I am not, but read some klassix sometimes, Kelley/Sheats, Hound, Helliot, etc. Once twenty years ago or so, scanned Fussell's little primer on poetics and few other thangs. Alas, "tu no se puede escribir en poesia...en ingles". Pound nearly asserted as much, yo pienso

So this was more about WW, than K. Irby (chingada...bad connotations). What you posted seems pleasant enough.

Whitmanesque rhapsody not my fave, though at times Waltski played a few nice riffs. When I first read WW (in a hellish 'Merican lit. course), I was more impressed with Democratic Vistas, than with his "poetry."

As far as 19th cent. the Thanatopsis dude, or EAPoe, S Crane, more to my taste than WW pastoral, and already diggin' your bon mot de gothique, "the Earth is a Grave."


Sometime, like during the 50s American writers forgot about Death, maybe since it had become banal

why the incessant hip posing?

Because it sounds lame, rather than hip.

You sound lame, Anny. As per usual. Not about hip. More akin to something like...Dasein, really

And perhaps insulted because someone doesn't care for beatnik guru Walt, or the SF school? Yeah, that's it.

(and Sir Faville, it wasn't only cranks or conservatives who objected to Whitman, or the whitman style. ).

Whitman's content was/is in search of it s OWN form.. instead of writing Poetry he might have served his words more-better had he let them be and define/find their own form rather than being 'pigeon-holed'

what s that old add-age?

form is function?
or is it
content and form cannot be separate from?

I mean your language, the way you write (present your personality), not your opinions.