From the Gallery of Heroes - Maurice Jarre

Movie music is probably among the least appreciated media genres in all of art. Once considered the bailiwick of hacks and drudges--just as screenwriting was once regarded--with the occasional notable exception (i.e., Prokofiev's score for Alexandr Nevsky, or Copland's score for The Red Pony), it wasn't until well into the 1940's that the movie score began to be understood as an integral part of the effect of the cinematic experience, that the static visual aspects, borrowed from the theatre, which had dominated film from its earliest period, were unnecessary limitations; as the technical potentiality of motion, action, and visual excitement evolved, the lyrical accompaniment of inspired music (and sound effects) began to be realized.
Though it is primarily a visual medium, film's truest realization is through the marriage of a set of elements, all of which must be coordinated to achieve a unified effect. Film editing, as many have noted, may be as important as any aspect of the process of film production, involving as it does, all the component parts simultaneously. A great movie score can "make" a movie come alive, "interpreting" event and creating a lyrical flow out of the visual narrative. It may be considered as another "character" or motif in a film, commenting upon the action, or suggesting possible meanings, queueing or responding, serving as the audience's "director" or surrogate director's commentary on the audience's behalf.
Some movies seem to exist through their primary musical themes, come to be defined as personifying the essential gist of a story. Without these themes, such movies may seem naked, or somehow undefined. Imagine, for instance, how the movies Lawrence of Arabia, or Doctor Zhivago would feel, without the defining lyrical scores with which they are invariably associated.
It may be that movie music occupies a place about mid-way between serious classical, and contemporary pop. Noir movies of the late 1940's and early 1950's, for instance, borrowed heavily from the weary blues and hard-edged urban jazz of the post-War period--a perfect marriage of grit and cynicism which both defined the genre, and dramatized what the music was saying. But the ability to write effective movie music isn't a skill that naturally is adapted from either classical orchestral training, or improvisatory popular styles: It partakes of both, and requires a special intuitive grasp of the subtle coordination between the visuals and he sound.
Movie music may be highly artificial, playing against the natural flow of the narrative, or it may be so subtle that you hardly notice it--just a few lingering murmurs underneath the action. The best movie scores seem to express a mixture of predominant statements, combined with the more soto voce mood underlinings or flickers. This allows the composer to foreground some of his more successful themes, while not obtruding upon, or hogging the spotlight. Movie musicals, of course, are in their way more about the music than the action, and usually end up looking pretty silly. Even a film as impressive as West Side Story, for instance, with its jazzy-neo-Stravinsky Bernstein score, makes so many compromises with plausibility--in order to facilitate dance and singing numbers--that it becomes cartoon-like.
There have been many great movie composers over the decades, but none more justifiably honored or appreciated than Maurice Jarre [1924-2009]. A Frenchman, educated in the Conservatoire de Paris, he composed his first movie scores while still in his twenties. Adept as a conductor, as well as a composer, his career in films and television spanned well over 50 years, and netted him three separate academy awards [for Lawrence, Zhivago and A Passage to India]. There have been precious few figures as prolific, or successful, as Jarre in his chosen field. 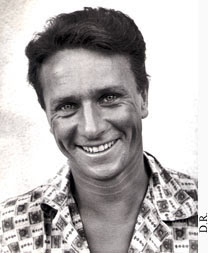 Jarre's scores were mostly done in France for the first 10 years of his career. It wasn't until he was brought in by producer Sam Spiegel to do the music for David Lean's Lawrence of Arabia [1962], that his name came before the larger international film public. Though Jarre is credited with the score, some of the orchestrations (the setting of the music to specific combinations of instruments, which is highly important in orchestral composition) are credited to Gerard Schumann, and Lawrence Ashmore. Schumann has several movie scores to his own credit, though Ashmore's credits are all in the "support" category. To what degree these two are responsible for the polish of Jarre's score I can't say. Great composers aren't always great orchestrators: Mussorgsky, for instance, whose music is usually considered great, was apparently not adept at scoring his own music; Ravel's version of the complete orchestral version of Pictures From an Exhibition, for instance, is drawn from Mussorgsky's piano version. 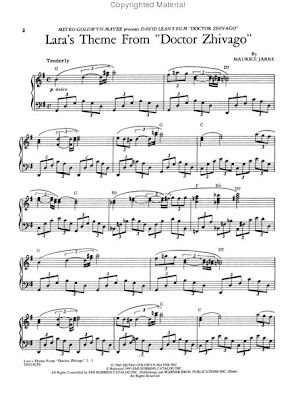 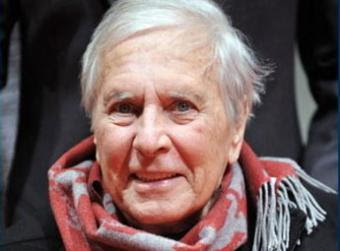 Are we missing the point, if we tend to think of movie scores as having a separate, rather than an integral relationship to the medium to which they attach? Can movie scores transcend the cinema to become fully self-contained, stand-alone, complete musical experiences? Obviously so, to judge by the popularity of albums of best-selling scores and out-takes. Occasionally, a piece of popular music can be adapted as is to a movie, as an adjunct or "mate" to the narrative. I've always thought of The Talking Heads' Naive Melody (This Must Be the Place) from the album Speaking in Tongues [1983] which will always be associated in my mind with Oliver Stone's hit Wall Street, which starred Michael Douglas, Charlie Sheen, Daryl Hannah, and Hal Holbrook. In my mind, that music will always be associated with the heady excesses of the first wave of stock market hysteria, America's greedy, larcenous black heart, above which the fluffy, sad, repetitive notes float, mindlessly, a remorseless, remorseful footnote to a dreamy period now long-gone.
Posted by Curtis Faville at 8:50 AM

A big influence on me when I was young was Alec North's score to A Streetcar Named 'Desire'. Especially the use of found music -- the music-box — and of simultaneous different tempi. A brilliant score.

And then there's David Raksin's score to Laura., about which he often spoke, very intelligently — I wonder if one of those talks can be found on YouTube.