From the Gallery of Heroes - Cyril Connolly


"Idleness is only a coarse name for my infinite capacity for living in the present."  --CC
Cyril Connolly [1903-1974], of all the many impressive and fascinating men of letters of the 20th Century, is perhaps one of the most difficult to feel affection for, though I must confess that I do. An English dissolute, insolent and flagrant and self-pitying, with few apparent redeeming virtues as a man, he nevertheless managed to cultivate in himself a degree of truthfulness, of a sharp critical acumen, which might, in some men of his background and expectations, have led to suicide. Lazy, intemperate, brilliant, sophisticated--moving among the highest circles of culture and influence--rarely paying his way, he left to posterity a handful of charming casual reviews, incomplete essays, a weak Twenties bohemian novel, and a single minor masterpiece of speculation and quotation, The Unquiet Grave [1944]. 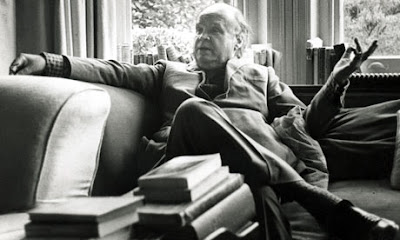 "The civilized are those who get more out of life than the uncivilized, and for this we are not likely to be forgiven. " --CC
Each of us is cursed with the expectation and limitation of our birth and upbringing, and most people spend the rest of their lives in an attempt to overcome them in one way or another. In Connolly's case, this rebellion took the form of an almost slavish refusal to realize his evident gifts. Precocious from his earliest school days, he seemed destined for a great literary career as a novelist, perhaps even a classicist of merit. By his own estimation, the reason this did not happen was because of his native indolence, procrastination, and chronic depression. But the deeper realization may have been that he simply lacked the inspiration to produce works of consequence. Indeed, the whole concept and agenda of failure as a kind of subject in itself, of failure as a kind of mortal or noble indulgence, forms the basis for The Unquiet Grave, and is the unstated subtext of many of the essays. The account of his wanderings and encounters and projects (mostly unrealized) in the 1920's and '30's, reads like a who's who and what's what (and a what if!) of the crucial figures and locations around whom (or which) fame clung.
By his own admission, Connolly looked like a toad. In middle age, he developed an obsession for lemurs, which he adopted as household pets. The kinds of animals people prefer may tell us something about them. In Connolly's case, the lemur's general intractability to domestication would indicate an explicit affinity. CC's notorious slovenliness, and egoism find their counterpart in the lemur's impulsive, chattering, playful, untamed pseudo-human profile. 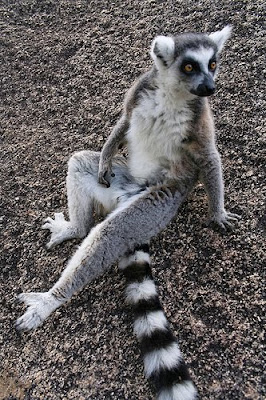 "The true function of a writer is to produce a masterpiece and no other task is of any consequence." --CC
Ernest Hemingway was quoted "No matter how many readers The Unquiet Grave has, it will never have enough." Which is a brilliant way of saying, at the same time, that the book is crucially correct and yet hopelessly relegated to obscurity. It is a kind of hodge-podge of ruminations, quotations, observations--perhaps in the manner of a tour journal, filled with impressions, sights, reservations, sudden illuminations of joy (or as often bathos). He says of Hemingway that his great gift was in transmitting the keen sensations of pleasure or pain in physical activity--an admiration you wouldn't expect from a drudge like Connolly.
Connolly presents the case of a writer whose moral sense, though usually suspended by the preference (or weakness) for indulgence, is never completely abandoned, and hence is able to balance his freedom with a kind of innocent guilt, an ironic fulcrum that is no salvation at all, but the disinterestedness of the artist.
He lived a series of contradictions. Though a chaste lover of women, he enjoyed the company of prostitutes, with apparently bi-sexual tendencies as well (he maintained a long "Platonic" correspondence with one Noel Blakiston).
"Whom the gods wish to destroy they first call promising." --CC
--which could stand as his epitaph.  Or "Youth is a period of missed opportunities." The books of reviews/essays have given me great pleasure:
The Enemies of Promise (1938)
The Condemned Playground (1945)
Previous Convictions (1963)
The Evening Colonnade (1973)
--the titles of the first two confirming his self-conscious view of his own failure. Connolly's whole life and work could stand as a cautionary tale of the fall of innocence in the face of temptations. The Rock Pool [1935] is a failure, being a belated attempt to replicate the raffish, experimental air of the Twenties (Fitzgerald, Hemingway, Boyle, McAlmon, Crosby), but seen from a distance.
The range of his interests was broad:  Art, architecture, literature, travel, exploration, sex, food, animals, rare books. (The Modern Movement: 100 Key Books From England, France, and America, 1880–1950 [1965] is a standard measure in the trade. One envies his opportunity, to acquire books which today run into the hundreds of thousands of dollars apiece.) He was fluent in French, and knew other languages at least well enough to read them in the original. Few critics were as well-read in Continental Literature, and yet the impression he leaves of this access is never pedantic. He can summarize in a phrase, whet your appetite for a whole series of novels, with just a sentence or two.
Why do we read certain authors? For entertainment, surely. But there are those in whom we see some aspect of our own mutability, our own failings, and in whose successes we imagine we have some investment or share; they are our true aesthetic comrades, whose failings we see as our own, whose strivings and near-misses we feel with the most bite.
"We must select the illusion which appeals to our temperament, and embrace it with passion, if we want to be happy." --CC
Posted by Curtis Faville at 7:49 AM

"We must select the illusion which appeals to our temperament, and embrace it with passion, if we want to be happy." --CC

or as Breton put it:

"the imaginary is what tends to become real"

full moon
in the garden
peeing

what is needed in America right now are more geniuses like Cyril Connolly ....

damn few of us left.

You must really be upset that Silliman no longer accepts comments, seeing as how that activity must have taken up loads of your time each day. Does retirement suck that badly?

Gosh, am I retired?

Ah, dear Anon, would that you had the courage to emerge from the shadows, and speak your name!

I sense that the strategy to publish anonymously reveals a slightly embarrassed desire to inflict hurt, without having to take responsibility for the impulse. The little twinge of guilt, or embarrassment, that accompanies the anonymous comment, I used to think, was a lack of courage.

But I now think it goes deeper. More like the secretiveness of the obsessive masturbator. That might explain your use of the word SUCK.

Thank you for this thoughtful and tantalizing discussion; I found it through a random browse about George Orwell and Connolly, and am IMMEDIATELY ordering The Unquiet Grave. It's refreshing to find prose of this quality on a blog;