It isn't possible to accurately convey the quality of Jay Dunitz's Cibachrome@ images via my digital camera scans of the plates from his book Pacific Light [Hillsboro, Oregon: Light Press, 1989], to a degree requisite for even a base-level apprehension of the work, but let my brief note here serve as an introduction and teaser.
I'm not a gallery hopper. Indeed, I rarely attend art exhibitions, and probably discover more art through books than I ever have "in person." That's how I found out about Jay Dunitz's art, by seeing his book Pacific Light in a bookstore. Pacific Light's a standard, large format, "coffee table" art book--but the similarity ends there.
The trend among photographers to blend media--specifically, to incorporate aspects of painting and sculpture into photographic imagery--has been going on for at least two decades. Jay Dunitz, who graduated from the San Francisco Art Institute in 1978, was separately inspired by the work of Mark Rothko and Clyfford Still, as well as the photographic work of Minor White and Aaron Siskind. (I have discussed the work of White earlier on this blogsite.*)
Dunitz was restless--he didn't know exactly what he was looking for, but he knew he'd recognize it (intuitively) once he saw it. By accident, in 1980 he discovered several heaps of discarded metal scraps left to weather outside Kroeber Hall (on the UC Berkeley campus) by sculpture students. He immediately set to work photographing these rusted detritus, which formed the body of his first important work: the Kroeber Series (represented by the last four color images shown below). 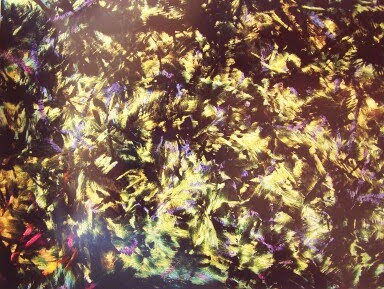 Moving to Southern California in 1984, he began to experiment with manipulating the surface of stainless steel, using a blow-torch, a grinder and a wire brush. The colors and textures thus produced through manipulation were fleeting, so a method was needed to fix the image, to preserve the marvelous qualities of the freshly marred metal surface. As he moved on to experiment with reactive metal such as titanium, niobium and tantalum, Dunitz refined a technique that would revolutionize two dimensional imagery. Wiring an artist's paintbursh to a power supply and voltage regulator, he learned to paint metal with nothing more than direct current, water, and baking soda, which he added to help conduct electricity. Light, composed of many colors, each a different wavelength; the electricity flowing through the paintbrush created a clear oxide layer where the bristles touched the plate. When white light struck this layer, some of its waves were immediately reflected, while others penetrated to the metal substrate before bouncing back. Those that reemerged in sync with the first set of reflectwd waves were seen as a pure color. Called "interference" this phenomenon enabled Dunitz to "paint with light" selecting the proper voltage setting to determine the color. Once this process was completed to his satisfaction, he set about photographing the result with a 4x5 camera using color positive transparency film, illuminating the surface with high-output halogen spots. From these transparencies, large-format Cibachrome@ [silver impregnated color] images are made. 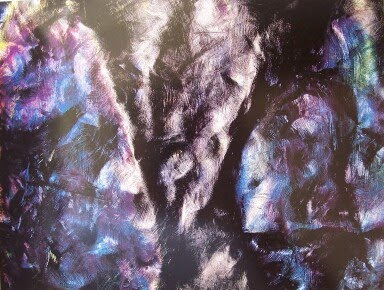 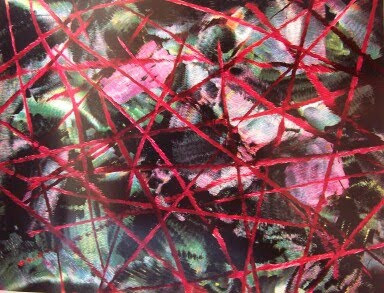 The use of the metal medium expands the potentials of two-dimensional expression to include the abrasion of the sensitized surface, rather than the mere application of a substance, such as paint. The use of means to manipulate the surface suggest sculpture (or possibly even collage). Finally, the necessity of photographing the result, which is ephemeral and fades quickly, adds still another dimension to the process. 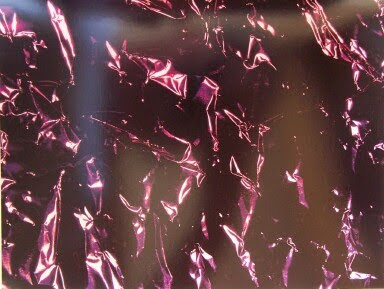 Life Magazine photographed Jackson Pollack in his studio, looking down upon his huge canvases on the floor, paint can in hand, throwing or dripping blobs and droplets and streaks and splashes of color in successive layers of oil paint. There was an athletic quality to the large format body movements which Pollack undertook to create those large "gestural" canvases. 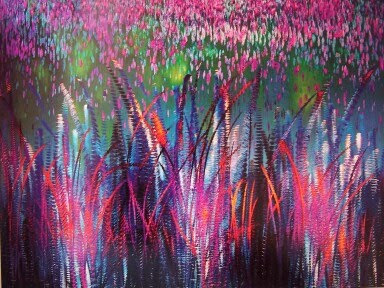 Dunitz's explorations of the stainless steel surface with his unique technology of tools and chemistry is another step in the historical progression of the manipulation of a surface to create novel, original imagery. His signature piece, Pacific Series #28 (above) is a grand realization of the abstract potential of post-Impressionist subject matter seen through an Expressionist's palette. 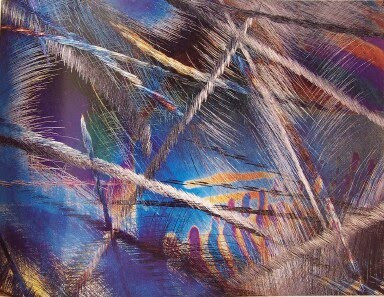 As in Cezanne, we are conscious of the medium's paths and marks, the residue of the materials of the hand, but the template of the superimposed colors and strokes sings a coincident music, of the beauty of the eye's ability to "see" variations constructed out of the discrete valences of the visual context. The bite left by the grinder's successive indents suggest segmentation, blurred (visual procession--Bergson) movement, focal coherence, a surreal spectrum of color. 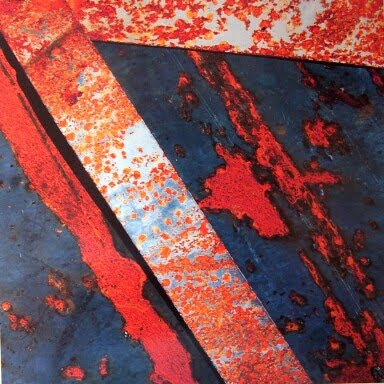 The Kroeber Series is breathtakingly vivid, the intense iron oxide orange a kind of sandpapery metaphysical abrasion to the mind. The use of unreal colors in the evocation of symbolic or surreal imagery has led photographers to branching pathways. 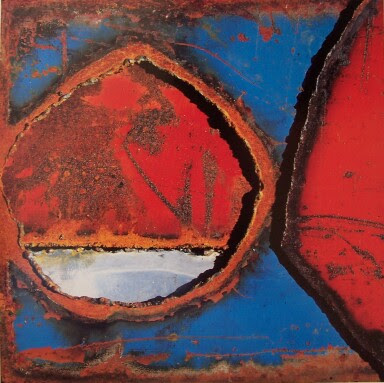 In straight landscape color photography, photographers have felt permission to push the limits of color in "real" landscapes, to intensify the feeling of being in nature, or in heroic or disorienting contexts. Exaggerations of the tawny or delicately shaded gradations of color found in nature has become commonplace among commercial, art and advertising photography. Photographers have used the pretext that the "intensity of the feeling" demands a more extreme version of the visual, to capture the extra-sensual qualities of a place and a moment. Abstract image-makers have taken the other path, following the lead of the painters and sculptors of the early Modernist, or post-Modernist, periods, to exploit the opportunities first explored in those less constricted media, by essaying pure color and form.
Dunitz clearly belongs to this second group. However, his adherence to the clear focus and sharply etched delineation of shape and definition of objects suggests the precisionist's delight in the actual, the measured, the exact measure. He's a sort of objectivist of surface materiality, etching along the edge of sculptural space, like a welder of light. 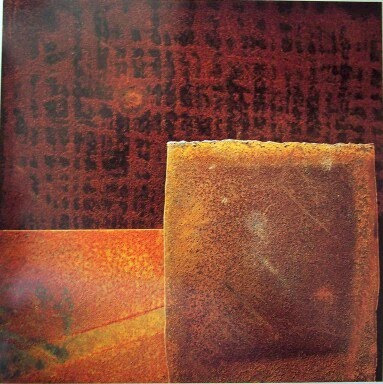 Looking at his beautiful color plates, I'm moved to wander, as I once did as a teenager, among abandoned industrial sites, construction projects, and factory buildings--the detritus of the modern world, the archeology of disjecta, the divine effluvia of our age.
______________
* Minor White & The Emptiness of Transcendence, December 7, 2009.
Posted by Curtis Faville at 4:15 PM

First off, love your eclectic blog and have added it to my favorites.Was researching what Jay Dunitz might be up to these days since I have been a fan of his work for many years (I own the Kroeber Series piece, 3rd one from the bottom, you show here, along with a copy of the Pacific Light book) and came across your 2010 blog. Wonderful insight on his work and thanks so much, belatedly. Unfortunately, I am given to understand Jay no longer works in photography and I can't find any information online to suggest he has any new work. A real loss.

Yes, I really loved the Kroeber Series too and own a wonderful book of Jay's whose cover is Pacific light #28. Lovely work. As I recall from meeting him in person, each piece was labor intensive, involved burning metals which were photographed with various lenses, and expensive to create I presume. (I hope I got that right.) Amazingly gifted person, Jay Dunitz.