I've never been much of a Clint Eastwood fan. I remember watching Rawhide [1959-1965] on television when I was a kid. In those days, Clint Eastwood was just another pretty, raw-boned Hollywood lightweight, whose talents most certainly would restrict him to TV productions, eventually petering out into daytime soaps or some other profane preoccupation like stock car racing or saving elephants in Africa. But Eastwood had bigger dreams than that. After finishing with Rawhide, he teamed up with Sergio Leone to make a string of "Spaghetti Westerns" (A Fistful of Dollars [1964], For a Few Dollars More [1965], The Good, the Bad and the Ugly [1966], two more for other directors, Hang'em High [1968], Two Mules for Sister Sara [1970], in addition to High Plains Drifter [1973], The Outlaw Josey Wales [1976] and Pale Rider [1985]--these last two of which he himself directed). The new-wave Italian Westerns were bad in novel ways. The Western genre was passing into history, and the public taste was changing. Eastwood was the the last of a dying breed, the leathery, hardened cowboy with a private code of honor and the ruthless impulse to enforce it. In the Spaghettis, all of the usual genre cliches were exaggerated into surreal absurdity--only the central, morally isolated hero survived unscathed. It was a role-type which Eastwood cultivated, both in the Westerns and in the Dirty Harry sequence.
Eastwood's increasing involvement in the direction and production of his movies may have begun as a simple economic strategy, to channel his preferred choice of roles, but in due course he became more ambitious. However, unlike other actors who, once they have moved into the development and production sides of movie-making, Eastwood continued to act, mostly in his own films. The artistic control afforded by designing productions specifically tailored to his own talents, has helped his acting career enormously. Without this control, it's doubtful he would today be regarded as highly as he is.
I've never been much impressed by Eastwood's acting. His style derives from the "stone face" macho school popularized by Steven McQueen, John Wayne, Charlton Heston, and occasionally Paul Newman. He has a limited range, and usually has trouble communicating irony, pity, doubt, joy, or any really subtly shaded feeling. He's among the last of the strong, unambiguously male, actors, and his style is consistent with his behaviour and persona in real life. It often seems as if Eastwood is just playing himself, a problem which plagues actors without much range or insight into character. 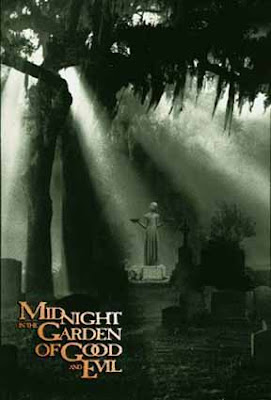 Despite these limitations, Eastwood has made a handful of decent films, the best of which, from my vantage, was Midnight in the Garden of Good and Evil [1997]. Adapted from John Berendt's semi-fictional account of a murder in Savannah, Georgia, which was a runaway best-seller (lasting 216 weeks on the NYT list), it starred John Cusack (as the writer John Kelso), Kevin Spacey as the Gay antiques dealer Jim Williams, charged with murdering his errant boyfriend Billy Hanson played by Jude Law, Williams's lawyer played by Jack Thompson, Irma P. Hall as the voodoo spiritualist Minerva, in addition to parts played by Eastwood's daughter Alison, and one Lady Chablis, a real life Black cross-dressing Savannah drag queen. 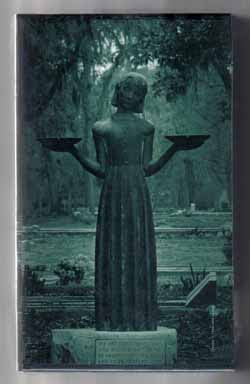 Berendt, a seasoned journalist and editor centered in New York, published Midnight when he was 55 years old. A known homosexual, his portrayal of the sunny side of Savannah social life presented clear challenges to mainstream movie standards, which makes it all the more unusual that Eastwood--the quintessential straight, macho actor and director--should have chosen it as a vehicle for his directorial and interpretive abilities. The screenplay, by John Lee Hancock, treads lightly, but pulls no punches. The portrayal of Jim Williams (Spacey) is among the most frank and natural of any Gay man in the history of cinema.
The scenes involving transsexual Lady Chablis probably gave the ratings-committee fits, with their references to "candy," cross-dressing (and dancing) scenes at a high school prom ball, and so on. Nevertheless, the movie comes across as tasteful, despite these, and other scenes of oddness and spooky behavior (including voodoo ritual, black magic, spirit influence). 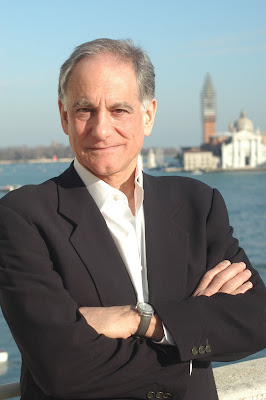 The City of Savannah itself is almost a distinct character in the movie. The "Bird Girl" statue--a real feature of the city--became so popular as a result of the movie's success that it had to be removed from the Bonaventure Cemetery and placed in a museum. Its symbolic significance--it's pictured on the dustwrapper of the book, as well as on the movie production posters--has been naturally interpreted as the weighing of good and evil, though the bowls are actually designed as bird baths.

Already an honored actor (Oscar for Best Actor in The Usual Suspects [1995]), Spacey here creates a smooth, ambiguous Southern seducer, whose motives and inspirations remain shady throughout the story. The atmosphere of mystery and creepy menace is like a faint whisper beneath his slick, mellifluous exterior. Unlike Anthony Hopkins, who tends to overplay this kind of sinister affect, Spacey can toss off a casual, subtle remark with mixed messages. His easy-going technique is a metaphor for the sedate, mannered, courtly mood of the South, the picturesque oaks and elms lining the boulevards, the delicately preserved veneer of stubbornly genteel decay.

Williams's boy, Billy Hanson, is a little over-played by Jude Law (whose work in Mr. Ripley [1999], Wilde [1997], Road to Perdition [2002], and Cold Mountain [2003], was so impressive), but then, that's probably the point: Billy's a real dingbat, the classic naughty kept object, stupid, mixed-up, violent, over-emotional, but basically impotent and pathetic. 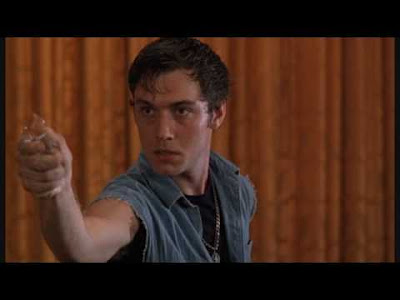 The trial, and our suspicions about Jim Williams, keep the movie teetering on the edge of conviction. We're never quite sure how to judge him. Is he a scheming devil, or a conflicted do-gooder led astray by his wayward impulses? Through the writer Kelso's eyes, he appears chameleon-like; try as we might, we can't pin him down. In the end, as he is slumping back down to the floor of his study, the victim of an unexpected (and poetically just) heart attack, the eyes of Billy (whom he has just shot dead) open in a sly smile--a satanic moment for sure.
What has the action of the story signified? That the snaking vines curling around the rusting wrought-iron gates of this magnificent old anti-bellum metropolis, enduring into the stream-lined 21st Century, symbolize a magic dictated by ghosts? Kelso/Berendt, the skeptical, impressionable, cosmopolitan young innocent from the Big North, may take some months, or even years, to figure all this out. It's a fine meditation on evil, or the temptations of indulgence, elegant self-deception, desire and chance. 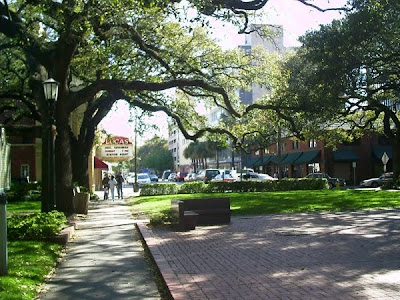 Seeing the movie was like a travel ad for Savannah. I've never visited Georgia. Wife and I have been to New Orleans twice, and enjoyed the food, the French Quarter, and even managed a lunch at Dooky Chase's--the day we were there, the place almost belonged to us! Never been to Florida. Spent a week down on the Gulf, in Galveston, years ago. Been to ocean side of Maryland. But never was in Virginia, the Carolinas, Arkansas or Kentucky, Alabama. I'm not much for wet heat, it'd have to be in the Spring or Fall, when the cooling temperature made it tolerable for a Left Coaster such as myself. Been to 31 States. Favorite places: Montana, New Hampshire, New Mexico. "If I had a billion dollars...." 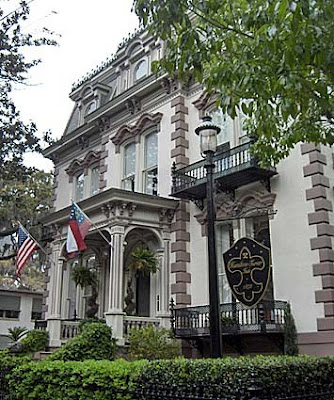 If I had a billion dollars, I'd probably worry about all the things I wasn't doing. Embarrass de richesse. Oh, well, another thing I'll never have to concern myself with. There are some advantages in not have unlimited means.
Posted by Curtis Faville at 9:57 AM

check out the interesting articles on the "Spaghetti Western" genre at http://filmstudiesforfree.blogspot.com/2010/08/fistful-of-spaghetti-western-studies.html

Just watched Once Upon A Time In The West a few days ago featuring Charles Bronson, Henry Fonda and Jason Robards. I spent most of the movie explaining to my wife all of the myriad ways in which this movie was a send up, at once both a parody and a tribute, from Hollywood of the spaghetti western genre Eastwood and Leone had then quite recently created. The important thing to note was that the acting and production values were significantly better than what had previously characterized the genre.

The "Bird Girl" statue was made by the grandmother of Francie Shaw, whom I do believe you know.

Bob and I met, very briefly the year he arrived at Iowa, but we didn't hit it off. He was very into Olson that year, and I had yet to figure Olson out.

I don't know Francie's art, either.

Except for a couple of dustwrapper designs.

I'm looking forward to reading both Berendt's book Midnight, as well as his one on Venice.

How ironic that Eastwood should have made this movie, and made it so well! Against type!

My husband and I were traveling the country in a van when we picked up "Midnight.." the year it came out. We were meandering in the direction of Savannah after the first chapter. It was a delight to see it first hand.

I hope you do take the time to see more of the country. Given the few posts I've just read on your blog, your interpretation of the things you see would be well worth following.

All the best!
Jen


ps- our weekly budget for that trip was $100 a week not counting gas. You'd be amazed at how lush our life seemed. We camped in our van (a vw westfalia) but more importantly we met interesting people and had amazing experiences everyday. I'm sure it would cost more these days but not anywhere near a Billion : )

I do hope to visit Savannah one day. Perhaps we'll do a swing through Kentucky, Virginia, Georgia and the Carolinas.

The film was nowhere nearly as good as the book and Clintwood further ruined it by inventing a completely fictional character (played by his untalented daughter) as a girlfriend for Berendt, making him Straight in the film although he is actually Gay. Casting the real-life Lady Chablis as the black Drag Queen was also a huge mistake. She was a terrible actress. Maybe Eastwood would have been better off casting RUPaul. I loved the book, but I was very disappointed with film.

Despite my determination not to post anonymous comments, I do usually pass them through.

Since I haven't read the book, I can't judge the success of the film in comparison to Berendt's story.

If I had, I might be able to share your criticism. As it is, I can only admire what the film was--with all the warts you see as an integral action of Eastwood's and the writer's conception. Perhaps I'm giving Eastwood too much credit. As it is, this is the only effort of his I've been able to appreciate.

The film we have is actually more open to the idea of Gay identity than almost any other I can think of. Despite this, you see the transformation of Kelso as a cop-out. I suspect it had more to do with making the story more apprehensible to the audience. Having Kelso Gay would have complicated the audience's sense of Jim Williams, and the meaning of his place in Savannah society.

I must disagree here. The movie is very good, and not at all damaged by the flaws you see in it. RUPaul would have been too extravagant and showy. Lady Chablis did a fine job.