Recent reports about the claims of one Rick Norsigian regarding the provenance and value of a cache of glass plate negatives, purportedly made by Ansel Adams during the 1920's and early 1930's, which he acquired at a private garage sale about 10 years ago, open a number of interesting issues. Authenticating artifacts is crucial to the art business--the museum and collecting fields--since the potentially high value of paintings, sculpture and photographs, etc., can spawn imitations and fakes, designed to fool buyers and institutions. The fake art market can be big-time crime, involving millions of dollars. Some people in the authentication business believe that some of the "masterpieces" now in public and private collections are really very clever copies, which may never be questioned. When a copy rises to the level of accuracy and finish that challenges our best efforts to verify its authenticity, it may be that our conception of "originating" value gets a little extreme. If the level of craft necessary to the production of any recognized work of genius, falls below the level at which authentication is based on unique abilities, we may have good reason to question the meaning of that craft as a measure of the value of the artifact. If some new, unknown, "drip" paintings were to show up, how would any curator or "expert" be able to say whether or not they had been made by Jackson Pollack? A Rembrandt can be dated scientifically, but to produce a fair likeness of the original painting, takes extraordinary skill and ingenuity. 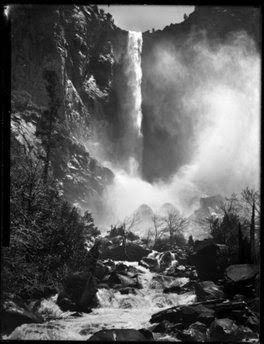 Unlike art objects in the traditional sense, photographic prints are the product of a projection or imprint process, in which the image is derived from an original "negative." In the pre-digital era, manipulation of the image was mostly limited to the tonal intensities projected through the negative--certain kinds of tricks were possible, but nothing like what is now routinely done with Photoshop@ and other proprietary software programs. Thus, each print made by a photographic technician from a negative, was unique, even when every attempt might be made to duplicate, or make consistently identical copies from the same negative.
Traditional photographic prints, made from either glass negatives, or synthetic clear surface plastic sheets, are the final product. Photographic prints are where the value in photography inheres. A photographic negative is a crucial part of the material of the photographic process, but it's only a template of the final print. Traditionally, photographic negatives haven't been treated as artifacts in themselves. Even the photographic archives of great, renowned photographers aren't worth much, except as evidence of the process. Before the advent of the digital age, a negative could serve as the basis for new original prints, after a photographer had died, since the only other way to duplicate an original print was to re-photographic it, and then replicate the process over again. Today, of course, an original print can be scanned, and digital reproductions can be made which rival the clarity and density of the originals. Silver gelatin prints, of the kind that Adams used to print his black and white images during his life-time, are still used today, though digital printing is rapidly supplanting silver processes. 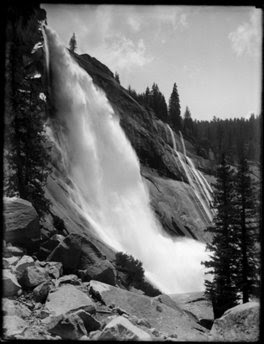 The value of original photographic prints by recognized artists has risen steeply in the last half century. For a long time, the "reproducibility" of the print was thought to undermine the uniqueness of the artifact, subtracting from its value. Though that misconception has faded somewhat, the value of photographic negatives is still regarded as insignificant. Even the negative archive of a great photographer, like Adams, or Weston, is of itself of little real inherent worth. After Edward Weston died, his son Cole Weston made a little franchise, making photographic prints from his father's negatives, using the printing instructions written by Edward. These prints had a certain value, but the negatives themselves, except as a facilitation of these "copies," have no specific worth. 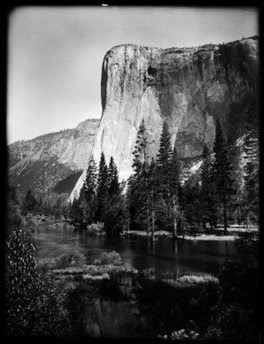 Posted by Curtis Faville at 7:53 AM

not to worry, Curtis
and thanks for the warning

I was just about to buy one of those Ansel Adams PHONY Waterfall prints
for $1.2 million

but now instead
I will purchase one of those "Original" Salvador Daly prints for $39.95 and thanks to you save a bundle!

The following comment by Anonymous was posted to me today:


"I comment when I appreciate a article on a website or I have
something to valuable to contribute to the conversation.

It's triggered by the fire displayed in the post I browsed.
And on this article "Weighing In - The Adams Photo Plate Controversy".
I was actually excited enough to drop a commenta
response ;) I do have a few questions for you if
you don't mind. Could it be just me or does it appear like a few of these
responses appear like coming from brain dead individuals?
:-P And, if you are writing on other places, I would like to keep up with everything new you have
to post. Would you make a list all of your shared pages like your Facebook page, twitter feed, or linkedin profile?"

--and it was appended with the link "Micaela". Since links can be dangerous, I don't post comments with links in them.

Always happy to have comments, as long as they don't contain links.