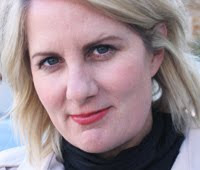 Jennifer's Moxley's sequence First Division of Labor was written, she tells us in the afterward to the volume in which it appears, Often Capital, in 1989, though it wasn't published until 2005 [Flood Editions, Chicago]. I wasn't familiar with Moxley's work when I happened upon a stash of her books recently, and it occurred to me, considering the date of its composition, that this sheaf of early poems might yield some insights into the development of abstract poetics during the last 35 years.
As a member of an earlier generation--I was born in 1947, so my first avant garde discoveries would include Ashbery, Berrigan, Zukofsky, Eigner, along with the dozens of other poets whom I was first reading during the late 1960's and 1970's--my orientation now must have a dated feel to those coming after the big formalistic break-outs of the 1970's. Who, I thought to myself, were Ms. Moxley's models, her forebears, her true antecedents? Where had she gotten her line, her stylistic changes, circa 1989? What was she emulating, if not a wholly original vision not gotten out of any other man's books?
For my own part, as I've written earlier, I had wanted a poetry as passionate as the romantics, but in a style distinctly up-to-date. Ashbery's Tennis Court Oath appeared to answer most of my needs, in this sense, though I also wanted, at various times, to be able to learn from Snyder, Whalen, Blackburn, Dugan, Schuyler, O'Hara, Oppen, Spicer, &c. 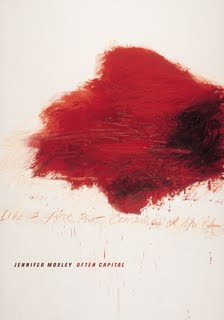 There are a few handholds here: gender, I suppose, and the first delineation of labor into hunters and cooks (women being the cooks).

The Wittgensteinian turn to language was always already a mistake.

I think we should erase that whole period perhaps, and go back at least to Kant, if not before, and start over, as this lineage (Ashbery, Moxley) has lots of moxie but offers very little except abstractions pushing at the borders of parameters, and morphing into bewildering new gender benders like Judy Butler.

Kant was actually supportive of the French Revolution (probably not...the jacobins), and liberal, or nearly so in terms of politics, and even his ...speculative metaphysics however baggy do not seem that...pious (as paddy jh would probably attest). He rejects Thomistic arguments, and does not really affirm traditional theology--though he does preserve Mind, or shall we say, the cognitive a priori--however obscurely--. That's superior to most Brit/bottlewasher reductionists, or freudo-marxist hacks (which alas seems an apt description of "Miss" Moxley, mostly).


Tho to be honest Sir F. I don't think you got the previous discussion on...platonic Ideas as they relate to....poetical themes (and the inadequacies of "Darwinism"). As Ezra Pound surely did (and no Kantian, EP--but in some sense closer to thomistic tradition--y Señor Aligheri--- with....a few pagan fringes)