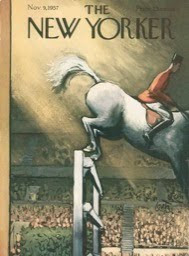 In the November 9th, 1957 issue of The New Yorker appeared a Profile* of the young actor Marlon Brando, written by Truman Capote. Seldom in the history of media has there been a confrontation guaranteed to produce a more interesting result. The piece, titled The Duke in His Domain, has become a textbook example of how to present a casual, candid portrait of an individual, framed within the context of his own life, in which the subject creates, as it were, a realistic version of himself, through the canny, deft glass of the "interviewer's" lens, with little obvious interposition of opinion or journalistic bias. In traditional craft, this is among the greatest challenges a writer can face. 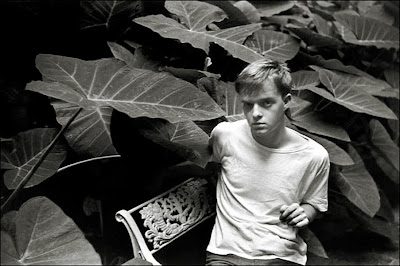 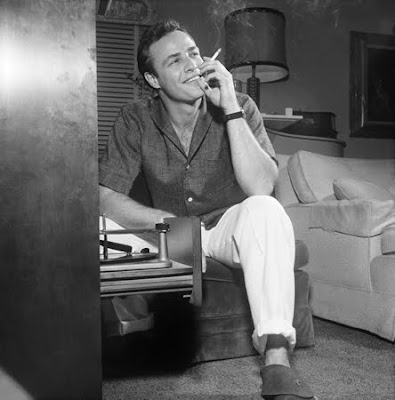 Capote, it will be remembered, had by this point in his career, published two successful, semi-autobiographical novels, a collection of short stories, a screenplay, a musical, and an extended account of the traveling company of the musical Porgy and Bess through the Soviet Union (The Muses Are Heard, 1956--also a New Yorker piece). The next year he would publish Breakfast at Tiffany's, and eight years later, his masterpiece In Cold Blood. As a "notorious" homosexual, Capote had naturally been drawn to the "outsider" profile in American culture. As a child of a broken marriage, and a precocious homosexual artist himself, he was fascinated by subjects whose lives and careers were thwarted or suppressed through prejudice or bigotry. The fey boy-heroes of Other Voices, Other Rooms and The Grass Harp, the radical waif Holly Golightly (purportedly adapted from a male homosexual prototype), and the two murderers Smith and Hickock in the Kansas murder case--Capote had been drawn to the conditions of difference and exclusion which animated his imagination. Traveling to Kyoto, Japan in 1956, to interview Brando, he was drawn as well to the heat of publicity and notoriety, as a moth is to the flame. 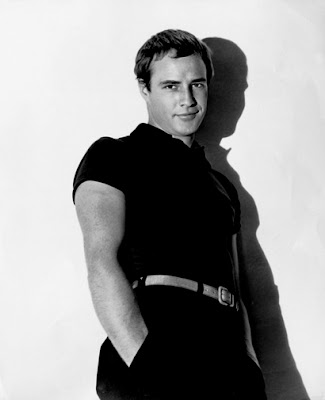 In 1956, Brando was also at the height of his fame, the legendary method-actor phenom (of Tennessee Williams's A Streetcar Named Desire on broadway--then again on the screen in 1951), and having run through a series of star parts unequaled in the history of American cinema--Viva Zapata! [1952], Julius Caesar [1953], The Wild One [1953], On the Waterfront 1954], and Guys and Dolls [1955]. It may be seen, in retrospect, that Brando's career was, at this juncture, teetering on the precipice of a long decline, only to be partially redeemed towards the end of his career with The Godfather [1972]. Brando the man was drawn to "women of color" and the downtrodden, his sympathies for the Native American cause, and to other, Third World, interests, well documented. His decision to accept the part of an American Serviceman was consistent with his identification with exotic "Eastern" prototypes, and, as would be clear in Capote's Profile, he was as enchanted with Japanese women as his character Major Lloyd 'Ace' Gruver was in the movie adaptation of Michener's narrative Sayonara. 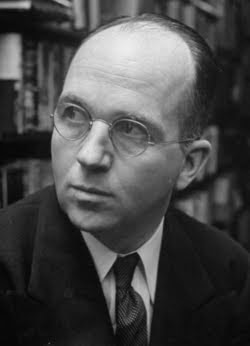 James A. Michener, the author whose novel Sayonara [1954] is the basis for the movie, had been inextricably involved in Asian culture for his entire career up to that point. having spent his military service in WWII in the Pacific Theater as a naval historian, documenting wartime conditions. His first book, Tales of the South Pacific [Macmillan, 1947, Pulitzer Prize for fiction], is largely devoted to the relationships between American servicemen and Asian or Polynesian women--and was of course the basis for the musical South Pacific [Broadway musical 1949, movie 1958], in which the racial prejudice trope is front and center. Michener was married to his third wife, Mari Yoriko Sabusawa, shortly after the publication of the novel Sayonara. Throughout the first half of his long career, Michener published books on Asian art and culture, and lived through the 1950's in Hawaii. Sayonara is a sort of Madame Butterfly story of an ill-fated American-Japanese romance, in which racial prejudice is the major issue. In 1956, when the film was in production, prejudice towards Asians was a palpable aspect of American culture, both because of the War with Japan, and because of historical attitudes towards Asians generally. 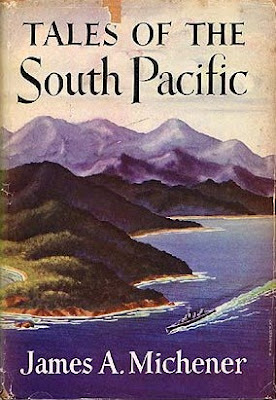 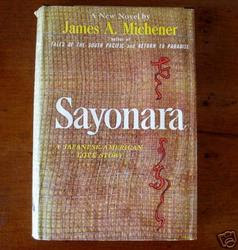 Japanese Americans had been interned in camps during World War II. Hollywood's usual position with respect to Asian actors and Asian subject-matter was ambiguous, to say the least. Asian character parts were often played by Western actors, crudely made up to look "oriental." Brando, of course, had just finished playing a native Japanese in the movie version of Teahouse of the August Moon [1956, a story of Americans (unsuccessfully) attempting to "Americanize and democratize" a Japanese village just after the War], complete with elaborate eye make-up, etc., and so his feeling about having been an active participant in the trivial myth of ethnic domination was fresh in his consciousness. In Sayonara, the primary male Japanese part is played by--Ricardo Montalbon! The two American leads, Brando and Red Buttons each play figures who fall for Japanese girls, with tragic consequences for the Buttons/Joe Kelly character, who commits joint "love-suicide" with Katsumi (played by Miyoshi Umeki. 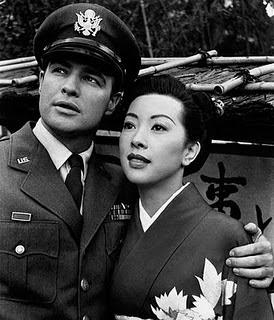 The Brando love interest is played by Miiko Taka, a Japanese-American whom I presume must have been interned during the War, though her biography reports that she graduated from Los Angeles High School in 1943, and was first married in Baltimore in 1944. Could she have escaped, or eluded, internment? It's a fascinating question. She went on to have a minor movie and television career. 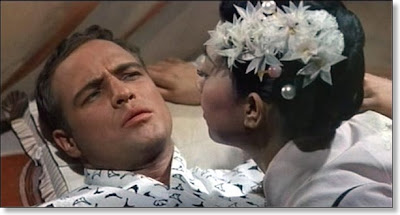 Capote's Profile interview takes place exclusively in a Kyoto Hotel where Brando is staying during the shooting of the movie. (In 1985, I had the privilege of staying for month in a ryokan** in Kyoto, while I methodically photographed the many gorgeous gardens in and around that beautiful ancient city.) When Capote first enters Brando's room, he sees the Duke poring over a manuscript of a screenplay, Burst of Vermillion, which as we know from hindsight eventually became the movie One-Eyed Jacks [1961, though today the writing credits only show Guy Trosper and Calder Willingham--that text went through a tortuous descent before finally making it to the screen!]
What magazine editors want, as well as readers, is the inside dope, but they generally want it offered up in a dignified way. Our present "national inquirer" fascinations notwithstanding, what we want to know about the famous, the infamous, the droll, the obscure, the improbable, is something we don't get from them in their public incarnations. This isn't always the most private "revelation," but privacy is the great gatekeeper of all personal secrets, the singular habits and curious character traits which make us individual, and unique. The closer we can get, vicariously, to the real quality or feel of someone in his or her unguarded moments, the more genuine we think the disclosure is.
Brando, at this point in his life, definitely had the aura of "genius" about him, but he'd been scrupulous not to make himself too available, lest this glow of creative talent be revealed as something less magical. Capote's task, if he thought of it this way, would be to reveal without seeming to pry, or to provoke his subject without inspiring the actor to perform. To, in a word, allow him to relax, so that his guard, however vigilantly up, might be coaxed down, and so permit a surprising view. On stage and screen, he projected emotional depths and subtleties which seemed beyond the range of even the most highly skilled performers. He could play street toughs, hustlers, roman noblemen, Mexican revolutionaries, longshoremen and soldiers with equal finesse. How had this young Midwesterner with an aquiline nose and bruised lips managed to bring this off? Was he a genius?
_____________
* The New Yorker's "Profiles" of people have been a regular feature of the magazine for many decades. One of the great privileges of "respectable" fame in the 20th Century was to be the subject of a New Yorker Profile.
**A ryokan is a traditional Japanese inn.
End Part I
Posted by Curtis Faville at 10:07 AM

In Cold Blood, the flick at least, still packs a punch--noir of a sort, though darker, weirder, in a sense Dash Hammett ramped the F up, as streetpunks might put it. TC's writing I don't really care for tho'.

Brando a great, of course, though On the Waterfront was ...I suspect a conservative backlash against all the social realism of the 50s and ...Reds, even. It's a bit ...too much however classic. The Wild Ones pure Americana-beat-ness , like ...post WWII california-motorhead kicks, a bit freakier than Tennessee William neurotic soap operas (tho....TW not the worst hack who ever lived, but one twisted maricon) . The beginning of the counterculture, maybe. Lee Marvin also rocked. Ho-wood put the breaks on that sometime in the 60s.

Brando was probably more Nietzschean nihilist than leftist. His portrayal of Kurtz in Apocalypse Now didn't quite do it. He was a great...thug, as Kowalski, Marc Antony, or the Waterfront pugilist, tho' not quite a Kurtz or Mephistopheles, IMHE.

He's moving but he never made me break out into either mad laughter or desperate weeping. I would call that the Dionysian of Nietzsche, and I think that that is where the Beats tried to go, but only Corso got there.

All the others tried to go there, but failed.

The New Yorker went after the Apollonian. I didn't dislike the journal, but it was somewhat cold as opposed to passionate.

Strangely Brando fits the journal. He was also a kind of fake Dionysian. Even in Last Tango he never really went wild. Even in Wild Ones, he wasn't wild.

Corso and Codrescu are our two most thoroughly Dionysian writers.

what
and not hunter s thompson

are there any girl dionysian writers?

He was also a kind of fake Dionysian.


That was sort of my point though Brando's hack acting still outdoes most Ho-wood product. Some college lit. type could write a dissertation on the 50s Julius Caesar movie (a rather intense work of literary Ahht, originally) itself, with the usual British maricones --Gielgud as Caesar??? Hah. Wrong--and goon Brando botching it, though they usually get the lines right. In that case both Dionysian and Apollyonian, contending, like dialectically! At least the shit happened.


....for the papally-inclined there are some odd aspects to Shakespeare's Caesar play, even if like moi you can't stand much PBS-Bard crapola. For one, Brutus...like his crony Cassius not in such a great place in ..the Inferno. Porque? History suggests Brutus may have been in the right--and hardly the limpwrist Mason portrays (tho...perhaps cool and cunning in a sense), with Caesar and his henchman Antonius (at least Brando got that right) as ...Il Duce-like despots. Or something like that.