The Recklessness of Not Being Mistaken - Foust's Mouth 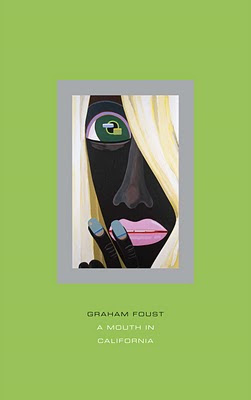 The thing to remember is that nothing is truly accidental in Foust's lyrics. If nothing is quite what it seems, the guardedness which characterizes our common skepticism could be expressed in ways that challenge official power. Like Armantrout's license with certified meaning, Foust's idiomatic trashings of established intercourse are like valient pitched campaigns against the inevitability of a pointless death. If you want to know me, you must accept me on the terms of my own resistance, my objections, whole and entire.
_________________
1. First quotation from "Rotterdam," and the next two from "Star Root"--two poems from the collection Stanzas For an Evening Out, Kensington, L Publications, 1977.
2. In browsing this poem on the net, I discovered in several instances that the poem was punctuated with a period at the end. This, I'm sure, is incorrect. The correct version has no period at the end.
Posted by Curtis Faville at 7:24 AM

The only critique/of paradise is paradise

Interesting, nearly...but izz "is" really a poetic term?? The anglo irregular for To Be rates as one of the fugliest sounds in the lexicon IMHE. Moreover, as with many in the miniatures school, this person offers grand generalizations that have little to do with political reality, even if clever or occasionally eloquent. Doesn't really capture Ellay either---think....Chandler writing of Santa ana winds, and moider....West's Day of the Locust....Kerouac in LA. Pynchon's fragmented spectacle ,or PK Dick. or even Bukowski however beastly

Poets are mostly cheats, Sir F. As with say Rabbi Olson---(in KO's case he doesn't just lie about literature but about what he takes to be politics and philosophy, along with his mysterious crony DeLater, sort of an Aynnie Rand on meth)

Foust has a new chapbook out from The Song Cave: