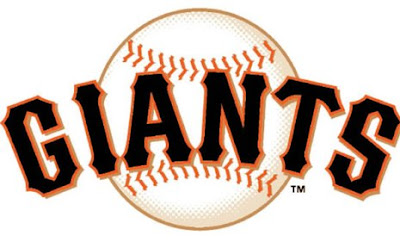 This evening, the Giants kick off the 2011 season against the Dodgers in their park. In the past two years, this has resulted in a disastrous beginning, with the Giants either taking an 0'fer, or maybe winning once.
The Giants starting line-up this year is as follows:
Andres Torres
Freddy Sanchez
Aubrey Huff
Buster Posey
Pat Burrell
Miguel Tejada
Brandon Belt
Pablo Sandoval
Tim Lincecum
Torres, Sanchez, Huff, Burrell, Sandoval and Posey are all familiar faces. Belt and Tejada are new to the team this year, Tejada coming in as a free agent, and Belt arriving as the fresh-faced young phenom slugger, after a single year in the minors. Over the off-season, we lost Uribe to the Dodgers, and Ishikawa (just yesterday) to waivers. Guillen is gone, and a handful of other temps were let go as well. The team's pitching squad looks identical to last year, except that Bumgarner replaces Wellemeyer, pushing Zito down into the fifth position. On paper, with Wilson and our set-ups, we have the strongest staff in the majors. And they're all young, with Zito the senior at age 33. Wilson and Ross begin the season on the DL, but neither is expected to be gone for long. The only consideration would be whether Wilson would lose a couple of opportunities, jeopardizing his saves total for the year.
I have a couple of questions. How come Ishikawa goes and DeRosa stays? DeRose at 35 is basically washed up; last season it was predicted that his wrist condition would be chronic, and end his career, but here he is again, right back in business. Rowand's contract is still a problem (like Zito's), and there's always the possibility that he'll rediscover his swing and become once again the power hitter he was born to be (if he could just stand up straight at the plate instead of leaning over backwards in the batter's box!). Sandoval dropped thirty pounds, and appears ready for a resurgence after last season's fall-off. It's doubtful that Tejada will be able to replace Uribe's hitting at shortstop, but if he could hit 16 homers and drive in 70, that might well be enough to supply the missing piece. If Ross comes through, too, that might furnish just the right amount of power.
But, as with last year, this is a team based on pitching, not power. Philadelphia understood this, and signed Cliff Lee, after losing Jayson Werth to free agency (Washington Nationals)--which makes them just as competitive (or more so) than they were last year, when they were the only legitimate challengers to the Giants in the post-season.
I don't expect the Giants to go all the way this year, but I'd be surprised if they don't win 90 games, which would almost certainly be enough to take their division. As for the playoffs, there's still the Phillies in the way. A repeat, as always, is very very difficult to bring off.
But it'll be exciting!
______________
Somewhat characteristically, this evening, the Giants performed as expected, with excellent pitching, and weak hitting. Kershaw, the Dodgers young talented starter, outpitched Lincecum, but not by much. Lincecum was victimized by a few bloop hits, and two key errors (by Tejada, and--believe it or not--Posey). Players trying to do too much. What is the difference between "pressing" and playing hard? It's a thin line. Anyway, the Giants seemed to be pressing this evening, and it cost them. Pablo is still swinging at balls out of the strike-zone. Que sera.
Posted by Curtis Faville at 12:52 PM