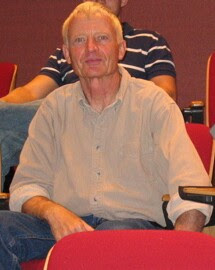 A book is a volume. A volume of content.
A volume is a mass. Or a void of specific extent.
VOLUME
Volume. late 14c., "roll of parchment containing writing, large book," from O.Fr. volume, from L. volumen (gen. voluminis) "roll (as of a manuscript), coil, wreath," from volvere "to turn around, roll" (see vulva). Meaning "book forming part of a set" (1520s) is from a sense in French. Generalized sense of "bulk, mass, quantity" (1620s) developed from that of "bulk or size of a book" (1520s), again following the sense evolution in the French version of the word.
Vol at turning.
V is a voiced labiodental fricative.
Features of the voiced labiodental fricative:
Its manner of articulation is fricative, which means it is produced by constricting air flow through a narrow channel at the place of articulation, causing turbulence.
Its place of articulation is labiodental, which means it is articulated with the lower lips and the upper teeth.
Its phonation is voiced, which means the vocal cords vibrate during the articulation.
It is an oral consonant, which means air is allowed to escape through the mouth only.
Because the sound is not produced with airflow over the tongue, the central–lateral dichotomy does not apply.
The airstream mechanism is pulmonic, which means it is articulated by pushing air solely with the lungs and diaphragm, as in most sounds.
VOLUME

The "vvvvvvvvvv" sound, vibrating between the lower lip and the upper front teeth. Followed by the deep hum of "uuuuuuuummmmmmmmme".
Grenier's habit of proposing the existence of a word as an object, an independent phenomenon [Gr.], asks that we separate the sound, the appearance and the (referential) meaning--as constituent parts of the structure of a linguistic unit (word)--from each other, and treat them as discrete aspects. Our focus on this has a vicarious quality, as if looking at single words, nakedly exposed, detached from the inherent connectivity of syntax and denotation/connotation, would yield up underlying modes of content, habitually ignored or suppressed in the inertia of reading.
For Grenier, the ultimate reification occurs in two possible places:
>The visual figure - ' marks in space ' - as a design of letters which we inherit from the tradition of accepted structured clichés.
>The aural figure - self-sounded oral performance which the syllables so/set enable.
The word VOLUME in Roman capitals. We see it and we hear it simultaneously. What qualities of apprehension occur in this process?
Personally, I experience the word as an echoing enclosure, deeply sounded, as of the inside of a distillation still, or enormous barrel, silo, empty warehouse space. Since the word volume means an extent of anything--filled or empty--the lack of a specific material reference suggests emptiness (an empty contain-ment/er). The heavy "ume" phoneme sweeps through this vacancy like a sheet of numinous oscillation. The V and Ume sounds are among the most vivid in the English language. Think of Poe's Ulalume. Williams's oo-la-loo-la-loooooom.
The sound of a jet overhead creates a "rooooooommmm!" sound--the feeling of being under such a considerable mass. Think of being under a vehicle as it "roarrrrrss" over you--"voooooommmmmm!" We are beneath powers, as under storms, thunder, things falling out of the sky, thunder. There's a scientific purity to the word which resists ambiguity--a fitting limit to its elaboration. Compare it, for instance, to a word like pinochle--which is almost like a rare jungle bird. VOLUME has all the chirrupy suggestiveness of a steel nail.
How do words work? Or, rather, what are the connections between the meanings assigned to certain sounds, and our apprehension of their underlying suggestiveness as independent segments of language? Music is organized sound, but language is organized music and defined meaning conjoined. The attachment of connotative triggers suggests that there is a whole universe of reference echoing within a given population of speakers. The vacuum of mind sucks up the stray usages and expressions, saved within unconscious memory, in the vastness of the world-bank-trust. Welcome to the party.
Posted by Curtis Faville at 7:41 AM

What is beauty and mysterioso in EA Poe (at least at times) is merely technique and chi chi aesthetics for yr modernist heroes, IMHE, Sir F. The writing of Pound, Ezra itself features some charming...wordplay at times but..it's mostly surface (apart from some Dantean aspects..but thats another matter). Nothing really moving or substantial--or soul-full if you will, as say even Wordsworth was moving at times (when not jingling). Modernism--is the Ahht of capitalist hedonism, more or less, purged of any troubling messages (tho, yes one understands that Wordsworthian trad. may have died, like circa WWI). Abstract decorations for corporate offices (and the beats were in that class as well, even tho they might have insisted otherwise. The Kerouac reader, in some posh Bay Area chateau).


When are you going to engage Rabbi Olson's intellectual errors, Sir F? Someone has to.

I have no obligation to engage anyone's intellectual errors. You're welcome to do so yourself, if you choose, but remember to be pertinent to what's said in the original blog, or what's said in the comment boxes, so you're beef doesn't piggyback my site.

OK. But that's another beef some of us might have wit' language ahhtistes: they're not outdoing Bach, Beethoven, or Coltrane for that matter. As mere sound, purged of content, and dare we say Reason....it just doesn't do that much. Music.... is the supreme Ahht. Usually. And IMHE quite more challenging than what poetic-hipsters attempt. About anyone at Cafe Perdido can fill a few pages with expressions. But have them sit down and play Ludwg Van's...Pathetique. Few will manage that (tho granted, some might argue...that shows the bourgeois nature of classical music, etc. So be it)

Grenier's emphasis on the pure materiality of sound, as if sound alone created meaning and not the 'word', reminds me a lot of Rene Ghils's theory of the "verbal instrument" (from his work "Traite du Verbe"), by which he tried to compose what he called "scientific poems": i.e. words as living, evolving organisms or what you call "independent segments of language" . It was probably the first time science was literally put to literary purposes in this way.

'The writing of Pound, Ezra itself features some charming...wordplay at times but..it's mostly surface (apart from some Dantean aspects..but thats another matter).'

My God. I rarely come across a combination of words so badly and affectedly put together. I don't mean only syntactically--the content too.


For the good of the world you should go find another activity--ANY activity--rather than continue to post such sentences (which you do with shocking frequency).

His work evolved into the S C R A W L poems, which are drawn poems which almost can't be "read" in the traditional sense. He never gave up literal language, and never advocated the expression of "pure sound" at any point. I think his presentation of individual words, though, is intended to explore their interior qualities--and sound is certainly one aspect of that--but sound is never "purely" just sound in any linguistic setting--it always refers to some (previous) association we have about it. Our experience of language provides a set of associations from known referents, and that can serve as the basis for variations (subsets) derived from the bank or pool of associations each of us has. I think that's what Coolidge's work does--uses those associations with new recombinants/combinations to create new linguistic matter.

Do you deny the aural qualities of words?

I would expect you to be much more sophisticated in your reaction.

Perhaps if Cid Corman had been more sensitive to language at this level, his work would carry more meaning.

I don't deny anything be it aural or
otherwise

I am sure that She
is up to no good

I am definitely working on being/becoming more

"sophisticated" maybe get a toga, put stones in my mouth &
rail-at-the ocean

I don't know about the toga, but I'll meet you at the beach. You bring the beer, I'll bring the nuts and apples. We can meditate until the sun sets.

we can build san-castles
& pretend

and made sinners out of all our Poets

those Greenier "things" you talking about those red &green &yellow lines across the page?

the old testament's the problem, Bakerberg.

the book of lies, locust recipes, disease, with a bit of schmaltz

Start with like Plato, not "JHVH". Or Vedas, in another tradition... Which is to say, start over.


Pound the poet authentic at least realized that.

and
as for schmaltz a necessary ingredient to a DECENT chopped liver!

as for the OT/NT ? just political tools/fictions to control the Herdspdwxm of Sheep!

It doesn't offend me much, but I hesitate to entertain the broaching of topics that seem gratuitously racist, especially when they have nothing whatever to do with the content of the blog.

If you want to address this issue, by all means do so on your own site, or contact me offline, and I'll respond. But I insist that discussions here stay on topic.

Note: I'm not much interested in race as a topic for discussion.