Lawless South of the Border

On Thursday, the Wall Street Journal reported on the ongoing effort by the government of Mexico to weed out the corrupt members of its federal law enforcement staff and Attorney General's Office. The program has involved requiring "lie-detector" tests, administered across the board, to root out dirty cops who've been turned by the criminal drug cartels.
Police are being targeted by the drug lords for failure to play along, but are also being sacrificed to the conflicts between competing crime organizations. 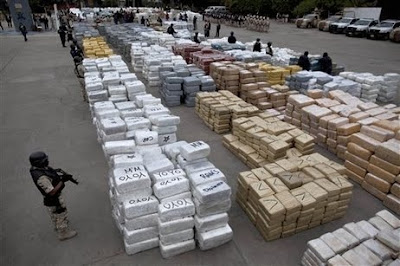 Imagine what it would be like trying to serve as a peace officer in Mexico. Your superiors may be on the take, your fellow officers may be, or you may be approached by thugs who threaten to shoot you if you don't do their bidding. What motivation is there to play according to the rules, if you literally don't know who you can trust?
What seems clear is that the long Mexican tradition of government graft and bribery has contributed to an environment in which lawlessness has literally become the ruling force in many communities. This situation has actually worsened over the last decade, despite increasingly drastic attempts by the Calderon administration to crack down. Mexico is losing--has already lost--the war against the drug trade. 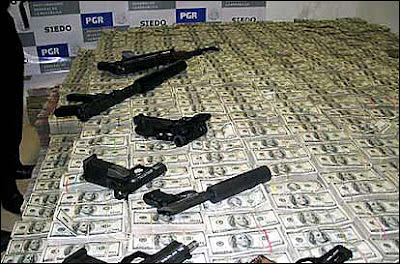 This reality gives one pause. Americans living or considering traveling to Mexico are increasingly advised not to depend on official law enforcement authority there. In the old days, law and order in the Mexican outback could be chancy. Foreigners seeking to protect themselves by carrying weapons, were routinely prosecuted or effectively kidnapped by police. Extortion was a very real possibility in any casual transaction with authority. 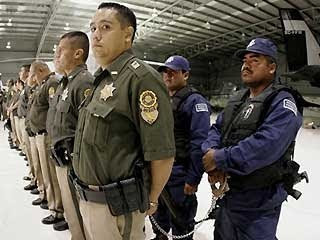 Mexico has been an outlaw nation for at least a century; but the deterioration in the state of order there has fallen to such a degree that there is literally no one who can be trusted. No amount of aid or "cooperation" with American law enforcement has had any appreciable effect on this trend.
For 20 years, we here in America have argued over the advisability of constructing a fence between ourselves and the Mexican border. People criticizing it tend to treat it as a symbolic "failure" of diplomacy. "It's unfriendly," they say. And so it is.
But a nation of self-determination must determine its own course. It can't be ruled by a sense of guilt or fake obligation. Mexico has shown itself to be unable to enforce its own laws, much less keeping its own people from violating ours.
I've been in favor of legalizing some of the drugs that are driving the steep demand for illegal substances from Central America. But, as has been pointed out, even if the Mexicans themselves weren't responsible for the trafficking, foreign interests would still be using our southern border to spirit them in, since Mexico is so impotent to control things on their own side.
Here's a link for the detailed border maps circa 2009. Click on the little yellow dots for detailed maps of the fence. If we can't help our neighbor to the south put its house in order, we need to protect our own people from the scourge of social chaos which is spreading through Mexico. It's the least we can do.

Posted by Curtis Faville at 6:54 AM

Mexico was Catholic, then communist. It means utter lawlessness in the first and then in the second incarnation.

Now their major export is their people, who unfortunately all too often bring this lawless state with them.

I'm just glad I don't live in the SW.

IHT reported two weeks ago that the flow has actually reversed, as the number of Mexicans voluntarily moving from the U.S. back to Mexico now exceeds the number crossing the other way. Apparently pay scales in Mexico have risen enough so both legals and illegals in the U.S. are finding it difficult to persuade their cousins to come join them.

Something similar is happening in the Philippines as PhilAms are realizing that economically retirement to the Philippines is more attractive than remaining abroad. High rise condos and townhouse communities are going up at an incredible pace here and the people buying them are Filipinos living abroad.