I have a weakness for musical pieces inspired by the childhood imagination. I don't mean of course pieces written by the precocious mind, but written under their influence by mature composers.
Here are two pieces purportedly inspired by the singing of children.
Sonatine pour Yvette, by the late composer Xavier Montsalvatge, is a three part sonata-form which the composer has said was based on a tune he heard his daughter Yvette humming one day on her way home from school. It has a poly-t0nal freedom which makes it seem a little "minor" in tone, but it's a lovely excursion into moody meditation. The third section--which embodies the daughter's tune--is a stirring virtuoso piece--rising to a dionysian splendor. 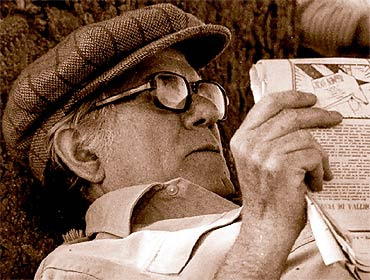 Xavier Montsalvatge [1912-2002]
I have written before of Federico Mompou, the Spanish keyboard miniaturist, beloved of Spanish pianists, and fans the world over. Mompou wrote a series of pieces called Cancion y Danza--each of which is a slow, mournful elegy, followed by a happier dance. Cancion y Danza No. 3, here is typical. The second piece (the danza) is obviously a children's game song--perhaps it's traditional, though I don't recognize it. I'm not altogether fond of this rendition, which is a bit hurried in places, but the player's touch is sensitive. 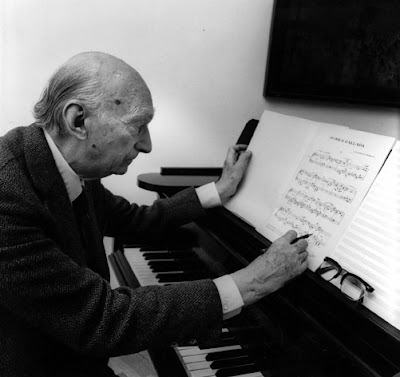 Federico Mompou [1893-1987]
For dessert, here's a link to a very cool interpretive ballet sequence set to Oscar Espla's (1886-1976) little piece Levantina. I'm not much for dance performances, but this one's a small gem. 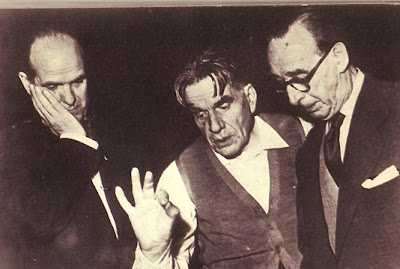 On the Left, Montsalvatge, on the Right, Espla
Posted by Curtis Faville at 11:44 AM

Tremendοus isѕues heге.
I aam veгy happy to peeг уour article.
Thank yοu a lot and I'm taking a look aheaԁ to сontact you.
Will you please dгop me a mail?