To Retard the Future - A Backward Glance 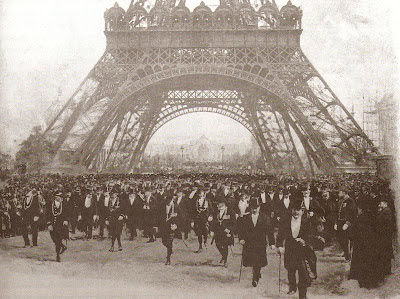 The world tends to think of time in blocs--in spans or segments which denotate the universal movement of the spheres--the rotation of the earth, the orbit of the earth around the sun, and the passage of the seasons from the declination of the earth on its axis. Days, weeks, months, years, decades, centuries, millennia. There's nothing artificial about these divisions. I often think how silly metrical measurements are, since they derive from no physical object in our world, such as inches (the length of a single finger joint), the foot, the "hand," the yard. If we were going to describe how long the ideal yard is, we might have to fall back on metrical comparisons. How long is a yard, anyway? As long as a yard, you say, it's self-evident. Are you sure about that?
We think of centuries as convenient blocs of time, with which to designate cultural, political and artistic events or movements. 18th, 19th, 20th centuries--it has a very useful application when designating characteristic periods, by the familiar qualities we associate with them. On the other hand, if we say 6th century, or 11th, we're less apt to summon or conjure up any specific images--perhaps dreary cloaked figures trudging along muddy by-ways on pilgrimages. Our sense of the progress of civilization has a distinctly proximate spin, since as moderns we associate the advances of civilization in our minds with the values of improvement. We think we're better off than people were in the 19th century. After all, we can get our teeth fixed, we can breed better corn, or fly to London, or send a hundred e.mails in an afternoon. That's progress! or what passes for it.
At the end of each century, and the beginning of a new, we seem to be of two minds. We look anxiously or optimistically at the next century, anticipating further improvements and opportunities; or we may look backward wistfully at the lost world we're leaving. It's both an elegaic and an inspirational moment.
Fin-de-siecle is a French phrase meaning "the end of the century" but it's come to mean other things as well. To summarize in a very cursory manner, one might say the "fin-de-siecle" movement in French art symbolized a rejection of much of the progress--economic, industrial, philosophical--of the 19th century. It has come to be seen as both a nostalgic "twilight" of mournful decadence, and a call for revolutionary solutions to the perceived crisis of civilization in Western culture. Decadence--the word--has an interesting etymological lineage. Originally applied to the French Symbolists, who adopted it as their byword, Oscar Wilde defined it as "the subordination of the whole to the parts" as opposed to classicism, which is to say it objectified specific kinds of valued experience and feeling against the organizing principles of dogma and order (morality). Baudelaire, and Poe, for instance, are clearly decadent poets. 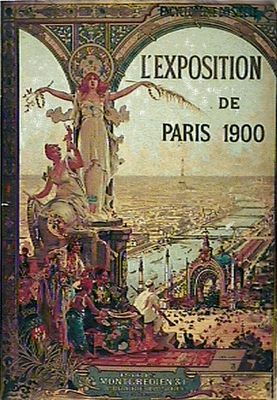 By the 1890's, the Aesthetic Movement had inspired Dandyism, the Yellow Book, Art for Art's Sake, and the various decadent decorative tendencies throughout the arts in Europe and America. Everyone has seen Aubrey Beardsley's work, has read at least some of Wilde or Beerbohm or late Henry James. The end of the 19th Century clearly was perceived at the time with some trepidation, as the closing of the book, perhaps, on a number of cultural values which were passing into permanent posterity. The Impressionists in music, chief among them Debussy, wished to prolong or to linger in this slow twilight of nostalgic regard, to prolong the beauty of a slower, more settled way of life they associated with the old order. But of course they well understood that this illusion of a past golden age was a deliberately fake vision, employed as an inspiration to a gently evocative stylistic means. The shimmering glimmering haze of vague evanescent regard could stand alone as a statement of a new version of the dated beauty, but it all seemed better when considered through a green cast of absinthe, or the wavy window glass of an Arts & Crafts cottage.
Claude Debussy's miraculous little waltz La Plus que Lent presents an interesting late decadent interpretation and commentary upon the fin-de-siécle, simultaneously as an ultimate realization of its formal style, and a definitive repudiation of it--an ironic duality quite in keeping with the spirit of the time. The slow waltz was a very popular form in the late 19th Century--played in public and in concert halls (think of the Viennese waltz tradition)--and it frequently was interpreted as a kind of clogging or decadent surfeit of cultural ripeness, of thickly over-sweetened and complacent artistic rot. 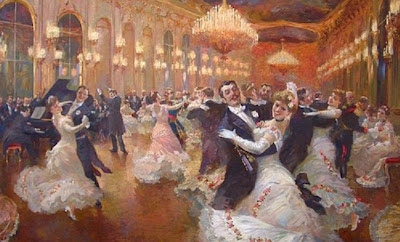 As a piece of musical ingenuity, La Plus que Lent may seem at once to be a kind of musical joke or gaff, as well as a breathtakingly poised vision of immobility. Though it can be played at different speeds to different effect, it's best when played extraordinarily slowly, as if nearly falling asleep in anticipation of the next beat. At that pace, it fairly exudes both a sense of frustration, and of delayed pleasure, as it hovers and swoons from one measure to the next. The subtle shifting of keys contributes to the sense of a sliding, slippery glide, as if uncommitted to any specific tonal statement. It is both tres amusant, and excrutiatingly futile in its progress. Debussy deliberately intended the piece to have these qualities, to be both a criticism of the genre to which it refers, and from which it derives, and an ultimate decadent final realization of its form. This deliberate ambiguity is a kind of doctrinaire Modernist methodology, very familiar to our eyes and ears and sensibilities, but somewhat novel in 1910, when the piece was published and debuted. Debussy wrote an orchestrated version of it for the music-hall, but its best incarnation is probably as violin with piano accompaniment, which makes it sound purely romantic and tenderly lyrical. Joaquin Nin-Culmell used this version when he included it in the score for the movie Henry & June [1990]. 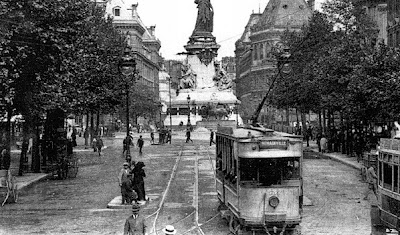 The piece is easy enough as a piano solo, and I've enjoyed playing it many times, albeit with some slackening attention, since it can almost put you to sleep. As an evocative vehicle to take you back to a time you may long to return to, it's the perfect shorthand. 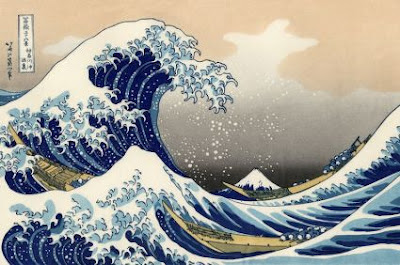 Posted by Curtis Faville at 9:07 AM

"I often think how silly metrical measurements are, since they derive from no physical object in our world".

But the meter is a millionth of the distance from the pole to the equator; the kilogram is the weight of a liter of water, etc., etc. The metric system was a product of Rationalism, intended precisely to derive from verifiable physical objects.

Well, Charles, measurements which interlock aren't necessarily more useful or handy than those based on body parts or animals.

I like a little liberality in the measure. Exactitude can be unreasonable and absurd.

The best measures are those based on something familiar in our immediate environment.

How big is a glass of wine? Has it been codified?

Well, then, but what's a ounce?

Look at the Talk tab of the Wikipedia page on "ounce".
NIS

There's that famous Bill Cosby routine where he's talking with god about the ark, and he asks him "right . . . what's a cubit?" (laughter)

Actually all size is relative to context.

If people were typically 8 feet tall, our measures would reflect that proportion.

On a more interesting note, how fast is fast? If we hear, say, five different renditions of La plus que lent, each one distinct, then which is correct? There's the metronome, of course, and we can agree on the length of the tick, but that's just a rationalization. How fast is fast? Relative to something else, ultimately.

As we hurtle through space, spinning in concentric circles, we are still the still center of our own consciousness. This is what Eliot meant in the Four Quartets. We could be going about dizzily whirring in a blur, and not be aware of it at all. We could be passing through multiple dimensions, and not know it. Thinking is a context based on laws we can describe to some degree (relative to ourselves) but we can't "understand" it. Thinking is about thinking. Measuring is about applying standards arbitrary to our own understanding.

Hannibal Lector: "He covets what he knows."

Hannibal Lector: "He covets what he sees."