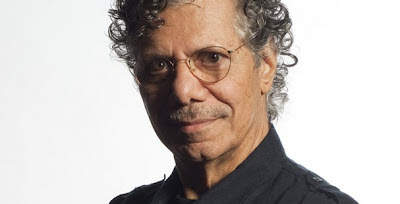 Chick Corea [1941- ] is a well-known and appreciated jazz pianist, admired as a performer, composer, arranger, activist and teacher. He's been involved with a number of generic jazz styles, and freely crosses frontier borders between classical and jazz expression. In the best sense, he erases those divisions and creates something that is "purely" itself. Among his own compositions, I've admired his Children's Songs, a set of 20 short pieces [1971-1984]. If you know the literature of the keyboard, these pieces bear some obvious resemblance to similar kinds of pieces by Bach (Well-Tempered Clavier), as well as Satie (Three Pieces etc.), Bartok (the Microcosmos), Prokofiev (Visions Fugitives), and Mompou (Cancion y Danzas).
Bach // Satie // Prokofiev // Bartok // Mompou // Corea
Like a lot of young keyboard students in the 1950's, I was exposed to a series of dull "pedagogical" introductory workbook pieces, designed to enable the pupil to accumulate skills and knowledge through puerile drudgery. The pieces were uninspired, and condescending, as if the composers were trying to pat you on the head as you struggled to punch out their dull "row row row the boat" exercises. It wasn't clear why anyone would want to play such pieces. What was clear was that there was little connection between the joy of making music, and the duty implied by their drab functionality. Music as calisthenics.
Like any intelligent child, I rebelled against this regime, and demanded to quit the lessons. But three or four years later, inspired by jazz--boogie-woogie and stride--I began to tinker with the instrument on my own, with vastly different results. By the time I was age 16, I was immersed not just in jazz, but classical keyboard playing and music as well. I had been drawn in by my own fascination and interest, instead of being force-fed the gruel of artistic catechism. It made all the difference.
Many jazz pianists began their careers in just this way. Which is not to suggest that introducing children to musical instruments at a young age is either a mistake, or that some students may not thrive musically despite uninspired juvenile teaching materials. Geniuses, or gifted individuals in any area don't seem to be thwarted by bad introductions or poor instructors. But there probably is a clear connection between musical response and facility of play. It's hard to imagine someone who had no feeling for music being able to achieve much in the way of performance.
For my own part, I never was interested in public performance of any kind. I knew that in order to succeed in that area, I would have to devote so much of my life's-time to preparation and drill, that there'd be no opportunity to experience the thousand other things my curiosity led me to. Commitment to an art, especially an instrument, requires great sacrifice, and I knew that my skill, such as it was, would never justify that kind of devotion. Most seriously successful musicians know by the age of 14 or so whether they have any aptitude for advanced accomplishment.
However, late in my life--while I was living in Japan in the mid 1980's--given the chance of free time and a good keyboard--I did take up composing. Since I had never taken a "composition" or "harmony" course in my life, I had none of the prejudicial preconceptions about what was "allowed" with respect to time, tonality or technique.
While pedagogical dogma would probably dictate otherwise, my feeling is that so-called juvenile musical pieces really have nothing to do with pedagogy. Rather, they're the "mature" mind's take on childhood, or an idealized imagination of childhood. In a way, children aren't "children" in the traditional sense. When we condescend to our own notions of the limitations of childhood, we're merely betraying a kind of prejudice towards children. Children are really little adults with limited experience and training, and adults are really children with more experience and training. The whole idea of a place in life specific to and peculiar to "childhood" is a fantasy invented by adults.
Nevertheless, interesting and beautiful compositions have been made in the guise of pedagogical workbooks or studies. Chopin's Etudes are among the best examples of exploiting the application of one kind of keyboard prestidigitation or another to a musical idea--finding musical meaning inside an exercise. Bela Bartok [1881-1945] composed a series of pieces titled Microcosmos between 1926 and 1939, 153 progressive piano pieces, in six books. The idea of a collection of pieces arranged in an order of ascending difficulty is of course not new, since classical composers have been doing this at least as far back as the 16th Century. What's different is the augmentation of techniques of harmony and time signature, the evolution of alternative modes of composition. Both in terms of the character of the works themselves, as well as the generic profile, Corea's Children's Songs appear to derive directly from Bartok's earlier suite. Corea's 20 pieces are like an updated version of the Microcosmos, and like all respectful elaborations, it's neither a mimicry nor a parody of the earlier master.
The musical ideas inside each of the separate pieces are separately compelling, and transcend any possible pedagogical application. Like all successful music, they could stand alone as concert pieces, and/or be recycled as the germination(s) for longer works. If I had been given pieces like these when I was a beginning student, I suspect I might have been seduced by them into the musical mind, instead of being put off, condescended to, or scolded for (in effect) not being the kind of dutiful and unimaginative "child" my teacher(s) craved. (Having well-behaved children is the goal of parents who want manageable families.) 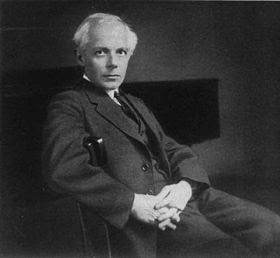 Corea's songs were composed at just about the point that the so-called jazz fusion movement was beginning. Though the jazz fusion movement was probably mostly about the mixture of different kinds of jazz and folk music from around the world, it was also about the cross fertilization of classical and pop. Corea, like Bill Evans, Keith Jarrett, George Shearing, McCoy Tyner, and Mel Powell, has drawn freely from both kinds of musical ideation. Check out this weird combination of Benny Goodman, Charles Ives, Gershwin, and Jewish band style, by Powell. Corea is Italian-Spanish by extraction, and you can hear an unmistakable strain of Mediterranean undercurrent in his work, in much the same way you can in the keyboard work of the late blind jazz virtuoso Tete Montoliu [1933-1997].
Corea's use of jazz chord patterns and runs in the Children's Songs is particularly inspiring when you think of how much broader the keyboard literature has become, since World War II. Bridging the gaps between classical and jazz and pop has had the perhaps unintentional effect (in my view) of raising the general standard of quality, too, for the public's appreciation of the possibilities of participation at all levels. When I was a kid, there was no one who could or would teach children how to play jazz, and if you wanted to do that, you were pretty much on your own. And of course, the idea that all kinds of musical styles are related in important ways, was an idea that would have to wait; since the musical taste was divided in those days into competing, hostile camps, among whom there was precious little trade.
Why is it that one would be unable to appreciate McCoy Tyner's chord changes, and Haydn's keyboard sonatas? Are such kinds of musical apprehension "mutually exclusive"? Don't they actually correspond to different points on a very dense and wide range of psychological moods and feelings? Why some people seem to need to hear only one very narrow kind of musical expression has always seemed odd to me. You meet people who can only listen to Country and Western, and turn their noses up at "long-hair" music. Then some people can only listen to "cool jazz" all day long, or hard rock. When you hear a band arrangement by Glenn Miller, you can hear his particular "sound" in the brass blocking, and it's ingenious, but I would feel very restricted if I thought the only kind of musical performances worth listening to were the "big band" sounds of the late pre-War period. At times I might want to bathe in Schubert's rhapsodic lyricism--the province of young lovers--but at other times I want some strident intellectual etching like Copland's Statements. They're like different kinds of landscapes, which reflect different kinds of meaning. Sometimes I want the dour, constricted world of Morandi's little table of odd bottles, but at other times I want Pollock's huge flung braids of ecstatic physicality. Why should we be stuck in any one groove?
Specimens:
Corea Children's Songs #1-5 played by Hans Joerg Fink
Songs 1-10 Maurizio Zanini
Song 11 played by Elias Opferkuch
Song 14 played by unknown player
Song 17 by unknown player
Song 18 by unknown player
Song 20 by Elias Opferkuch
Bartok's Mikrokosmos Volume III nos. 67-83 - nos. 84-96
Bartok's Mikrokosmos Volume VI nos. 148-153
Posted by Curtis Faville at 8:50 AM

your point is well taken

Even in the case of a single genre or type of music or painting, I think talent can be attributable to nothing more than a instinct or inspiration denied to the rest of us, and to try to codify it into rules would only make the budding genius squirm in their seat. Every poet, artist, musician specializes in a propensity to create a mood for which we may (if we are sensitive & open enough)feel the need one day.

It's why I'm virulently opposed to the reigning 'writing school' ethos of contemporary poetry. To convert inspiration into working rules or textbook injunctions is an absurdity (something that's resulted, among other things, in the current stupidities of Perloff/Goldsmith "appropriation" poetries). There's a special logic of human thought and imagination that makes uniquely gifted authors/musicians/poets uniquely qualified to produce works with the capacity of "ecstatic" ranges described here. In a very real sense it does take one to know one.

Thanks for the reminder, Curtis.

Hi, Curtis. I found your blog through Don Wentworth's & have enjoyed this post & the Hitchcock ones. Haven't listened to those songs in in so long... Thanks, man.

Ah, how did I miss this terrific post which touches on so many things I love. Corea's "Children's Songs" are for me his very best writing. Like you I thought immediately of Satie and then of Bartók.