The New Push for Nuclear

It may seem untimely to raise the issue of the advisability of expanding America's investment in nuclear power generation. Indeed, with the recent memory of the Fukushima meltdown (or has it moved far enough back into our consciousness even to qualify yet as "memory"?) fresh in mind, it might sound absurd to point out that there are serious, perfectly devoted advocates once again pressing the case of an expanded "nuclear option" to be "put back on the table" for discussion of our future energy needs.

I was reminded of this recently when I happened to watch a re-telecast of a local KQED produced segment of QUEST--a science, nature and environmental television series. Given KQED's growing financial difficulties, it's been troubling to see the station capitulate to necessity, not just through actual commercial message slots (as for automobiles and petroleum corporations), as well as paid programming such as financial advice, health & fitness gurus, and even religious-oriented material, but apparently now also for private energy development.

The airing of the program in question--"What's Next for Nuclear?"--initially televised on September 18, 2012--featured interviews and testimony by Per Peterson, a member of the Diablo Canyon Power Plant's Independent Safety Committee, and an instructor at UC Berkeley's Department of Nuclear Engineering. It would be hard to imagine anyone more likely to present a partisan view of the issues and concerns surrounding the need for nuclear power than Peterson, who is busily at work devising new ways to handle the problems associated with the uncontrolled heat that is generated in the reactor cores of operating plants. He's clearly invested in the future of this technology. The program was clearly intended to lend unconditional support to a resumption of commitment to more nuclear energy power generation (to the licensing of more American nuclear plants); and to "soften" the objections of a public increasingly suspicious of reassurances from energy corporations about the safety of such plants in the future. 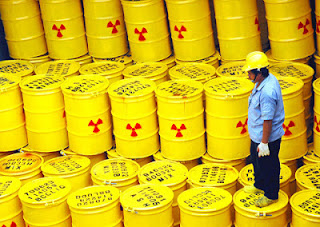 As anyone who has studied the science knows, nuclear power generation presents several intractable problems. Radioactive substances require extremely careful handling, and the processes by which they produce the fission heat that generates power are very dangerous. Radioactive material is expensive to mine, expensive to transport, expensive to store, and expensive to handle. Once the radioactive fuel rods are "spent," they have to be stored. Since their radioactive "life"--as dangerously poisonous contamination--takes hundreds of years to "decay," they impose an incredible burden upon society in the future, to maintain whatever kinds of safekeeping may be employed to keep them away from humans (not to speak of other living things).

Though our science has progressed to the point that we can successfully generate some power through the use of radioactive fuel rods, the plants themselves do not last very long, and are very expensive to design and build. Further, plans for deposition of the growing pile of nuclear waste generated from existing plants have not materialized; and this burgeoning load of radioactive waste is not being effectively addressed by state and federal agencies established to deal with the problem. The plain fact is that there is no practical, safe way to "dispose" of it, and the government, and the power companies know this. Even the public knows it. 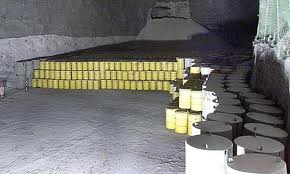 Proponents of  nuclear power generation point to the problems associated with tradition carbon generation, which include global warming, and the considerable health affects tied to air, water and ground contamination. The effects of carbon waste are well-documented. As the world's use of carbon burning ramps up, so do its effects.

What seems clear is that our growing global hunger for more energy is quickly outstripping our ability to supply it, at least in ways that are not so "dirty" or dangerous that the problems associated with their use do not outweigh the advantages. Global warming has finally provided the overwhelming argument against the mindless expansion of carbon burning (coal, gas, wood etc.). Indeed, the underlying realization finally seems to have awakened us to the undeniable fact that humankind is quickly reaching the limits of its ability to "use up" available sources of energy in a "cost effective" way, particularly when the problems associated with that exploitation are factored into the equation.

Given KQED's "public interest" mandate, and the American public's overwhelming resistance to more nuclear plants--which is well-documented--it struck me as incredible, and indeed intolerable, that a program, produced for public television, purporting to present a balanced view of developments in the "science" of nuclear power engineering, should take such an unequivocally positive view. The presentation included allusions to the health and safety issues associated with the Chernobyl Plant in the Soviet Union, and briefly mentioned the recent disaster at Fukushima, but it passed over these as if they were minor matters. 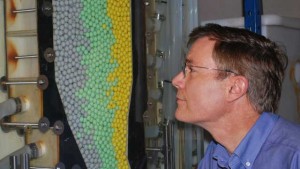 "The public health and environmental consequences of using fossil fuels are so enormous that they dwarf even the consequences of nuclear accidents," said Per Peterson. "That said, we need to be moving towards new nuclear energy technologies that do not have the potential to release radiocative materials into the environment." Waiving aside Chernobyl and Fukushima (and Three Mile Island), Peterson smiled with conviction into the camera as he demonstrated his big plastic toy model of a reactor, showing little colored balls circulating around a network of tubes, like a little Pachinko arcade game. I felt as if I were being treated to a replay of my childhood program Science in Action. Shades of the optimistic 1950's! Didn't we all have our little science kits, erector sets, chemistry labs and old issues of Popular Science? Better living through chemistry!

The general public has known for some time that nuclear power generation--a technology which is yet in its infancy--is an impractical alternative to other kinds of power generation, both because of the considerable costs and risks of building and running nuclear power plants, and because we don't yet have the science to deal with the growing pile of poisonous wastes they produce.

The primary problem facing humanity is its uncontrolled growth, which is the primary driver of environmental exploitation. Accepting that growth as inevitable creates intolerable requirements which our present science and resources will be unable to fulfill. Accepting that the needs for food, energy, space and occupation are limited is the first step in addressing the question of Global Warming. Those who refuse to address the root cause of the over-exploitation and unwise use of resource, are offering only short-term, and ineffective solutions. 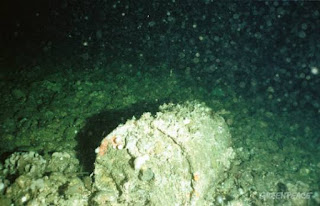 We know now that Global Warming is inevitable, that it is just a matter of time before its effects will be felt around the globe. And we know that there is nothing that can be done to avert it, because the growing population of the earth insures that the overwhelming needs associated with that uncontrolled population will overcome any pathetic resistance to exploitation. As the world population grows, our technology will advance to service it, whatever the consequences.

Science has solved many of mankind's problems, and it may well be that the science of nuclear power may proceed to the extent that its present problems may eventually be fixed, in a century or two. But the pressures of demand are much greater than any prudent cautions that are raised against hurrying forward before we're ready. In capitalistic terms, the motivation to exploit the market for energy consumption is probably ten times greater than our apprehensions about the probable costs of Global Warming.

Yet why should our present society (and environment) be endangered (and heavily contaminated), while scientists scramble to catch up? It is often said that need drives discovery, that the best crucible for experiment is live testing. That's one of the ways science proceeds, through the testing of a premise, with progressively expanded sampling, to achieve levels of confirmation and probability. But with nuclear power, simply building more power plants, before we know for certain how to design them to be completely safe, and before we've figured out how to deal with the huge pile of radioactive waste, means subjecting humanity (and the environment) to intolerable risks. It means using human society--and the whole environment--as a kind of guinea-pig.

Those risks have been examined and considered at some length already, and people in this country seem unwilling to proceed, given the enormity of the problems we see in the nuclear "accidents" around the world. We've tended to think of the degree of energy usage as a measure of the progress and sophistication of a society. Indeed, the whole idea of "progress" seems based on an Industrial Age model in which more technology, more mechanization, more automation, and more energy consumption are seen as forms of advancement. But the rapid rise of this kind of "progress" has brought with it vastly expanded "markets" for exploitation, which we seem powerless to control or channel.

President Obama has even announced that his official policy is to encourage the licensing of more nuclear power plants around the country. But if I have anything to say about it, I will vote against permitting any nuclear power plants, or nuclear waste dumps, to be located within 500 miles of my residence, which I consider to be a minimum "safe distance" from the risks of accident. I regard that as merely prudent. If everyone took that position, what could the proponents of new nuclear facilities say? Where on God's earth could we put these very dangerous contraptions? Who will be willing to risk contamination?

One thing we know from geology is that the earth is not a stable surface. The earth's crust is a shifting, wrinkling jelly, permeated with escape valves for the hot molten interior which is just beneath the thin surface. No one can say for sure that any place on the planet is stable enough to accept the burden of a material as long-lived and insidious as hot nuclear waste. Until we have the technology to address the problem of how to eliminate the waste it creates, nuclear power should be shelved--at least for the time being. How long might it take for the science to "catch up" with our desire to exploit nuclear energy? I have no idea, but I don't have much faith in humanity. More plants will be built, and there will be more accidents. But the real problems will come later, when the dump sites begin to age, and the terrible messes they create will start happening. I'm glad I won't live to see it.

As long as there are people stupid enough, or gullible enough--or who are being paid enough--to front for the utility companies, there will be programs like What's Next for Nuclear? The producers, and the programming division of KQED should be ashamed. Is there anyone with a conscience there anymore?
Posted by Curtis Faville at 12:46 AM

"Indeed, the underlying realization finally seems to have awakened us to the undeniable fact that humankind is quickly reaching the limits of its ability to "use up" available sources of energy in a "cost effective" way, particularly when the problems associated with that exploitation are factored into the equation."

Curtis, you might find Jeff Rubin's book "The End of Growth" interesting,one pretty much making the same point as yours. I find the idea that the end to economic growth will save us and the planet intriguing and a good deal heartening.