Joe Ceravolo Once and Forever 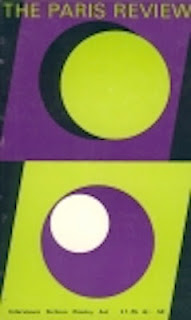 I can distinctly remember the moment when I first read Joe Ceravolo's poem "Ho Ho Ho Caribou" in The Paris Review No. 44, Fall 1968. I was a junior at UC Berkeley, and I picked up the issue in a little corner drugstore on Telegraph Avenue, which carried racks of current magazines, and dimestore paperback editions. That kind of market is mostly gone now, places where you could browse serious literary work side-by-side with mass-cult periodicals and low-brow fiction. That was how I first discovered Caterpillar Magazine, and John Fowles's The Magus, and James Salter's A Sport and a Pastime.

I knew by this time who Robert Creeley--the subject of an Art of Poetry #10 interview in the same issue--was, though I couldn't have summarized his work or career accurately. There were poems in that issue, too, by James Koller, David Shapiro, John Thorpe ("Bolinas"), and John Wieners, and a story by Salter.

But who was this guy Joe Ceravolo, and what kind of weird poetry was this???

It didn't scan, it didn't rhyme, it didn't even seem to make any evident sense on first reading. But there were startling effects, almost like magic, which were like messages from an alien sensibility. Did I suspect that maybe the author was on some kind of drug that altered his consciousness, allowing him to perceive reality in a different, perhaps more insightful way? Anything seemed possible.

The poem was not made out of "literary" language, and it wasn't eloquent in the sense that Richard Wilbur or Archibald MacLeish were in their verse. The author clearly wasn't interested in displaying his facility to make convincing or persuasive statements. It seemed more like an investigation into how the mind and body perceive reality, how rational and non-rational mental data are sorted and processed, how sensations and impressions are mixed and scrubbed and weighed, and it seemed to want to turn the raw stuff of apprehension into novel language. "Ho Ho Ho Caribou" seemed almost ecstatic in its awe and delight at inventive ingenuity.

The first stanza is miraculous in its leaps and disjunctions. The lead-in line "Leaped at the caribou" springs right out at you, putting the reader right into the middle of action, before he's had a chance to catch his breath. We know already in a few lines that this is a white man with children and maybe he's taken them to the zoo. Like any father, he feels slightly disconcerted by the responsibility of caring for them. The irony of it's being "like paradise" is not lost on us. Does his daughter have a doll? Is that doll along for a lunch? Then there's that hip sentence "It was clean and flying."

The stanzas are like axes or coordinates of feeling and event, in which emotion and language and observation converge, rub up against each other, producing sparks and slippery motion and resistant hooks. So we have "Where you . . . the axes/are." Coming home, daddy's hand is on the gate.

Would I have spoken in this way then, in my innocence, of poetry as fresh and unassuming as this was? Probably not. I was preoccupied with regurgitating my knowledge and insight into literature in those days. What undergraduate English major isn't? That's the whole bargain of a humanist education in the academy, recapitulating what you've read and heard, in acceptable forms and with the proper respect for the canons of decency and good taste. How might I have mediated between the obvious energy and freshness of language like this, and the real world of academic standards? Eliot and Williams and Wallace Stevens--they were the "new thing" in the 1960's--demonstrating the usual "lag" between performance and recognition common to the humanities in those days.

But is it innocence or sophistication that's behind Ceravolo's studied, surreal inventions? If his work demonstrates a "reading" of any forbears, who would that be? You could posit Gertrude Stein, but Ceravolo's work breathes a different air than her insistent, nested nursery-rhythms. Instead, you might consider it an appropriation of the language of juvenile literature, with its credulous, negligent pieties--

Is this the odd simplicity of Satie, or the coy nonsense of Edward Lear? Is it wit, or naivité?

Ceravolo's Collected Poems has just been published by Wesleyan University Press. This book had to wait 25 years after the author's death to get done. Why? There's neglect, and then there's sheer incomprehension. Was it the obscurity of Ceravolo's life or career that caused this delay, or the relative marginality of its significance?

After publishing two small pamphlets, with "C" Press (Ted Berrigan) in 1965 and then with the highly-regarded Tibor de Nagy Gallery series in 1967, he won the Frank O'Hara Award for Spring in This World of Poor Mutts (Columbia University Press) in 1968, where "Ho Ho Ho Caribou" was included. Though subsequent collections--Transmigration Solo (Toothpaste Press, 1979), and Millennium Dust (Kulchur Foundation, 1982)--would follow, Ceravolo's work failed to attract the attention which such energetic and ground-breaking poetry clearly merited. The reaction which ensued to experimentation in the 1970's and '80's might be the simplest explanation. After Koch's As the Sun Tries to Go On, Kerouac's Mexico City Blues, O'Hara's Second Avenue, Burroughs's Naked Lunch, Ashbery's Tennis Court Oath, Olson's Maximus (II and III), Berrigan's Sonnets, and Jackson Mac Low's Stanzas for Iris Lezak, all completed by the mid-1960's, it may have seemed as if experimentation, as a program, was due for a rest. Whether such historical trend-lines are of any significance to those actually writing at any given moment is perhaps another issue. 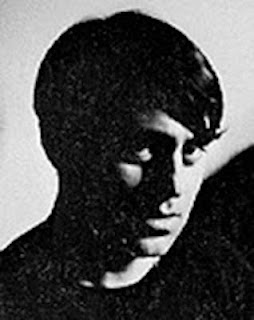 Ceravolo, who had studied with Koch at Columbia, was obviously aware of the French and/or German surrealists. His work evidenced an awareness of collage, cut-up, automatic writing, surreal disjunction, cinematic telescoping, atonality, etc., but the over-riding impression one derived from a close reading of his work was an acute originality of expression, unlike almost anything done before.

The same year I first read Ceravolo's poem, I went to the rare book reading room on campus and spent the better part of one afternoon reading a first edition copy of Oppen's Discrete Series, under the watchful eye of the room librarian. Pound had expressed a similar astonishment at the young poet's odd and very unusual style, as I had registered with Ceravolo, some 35 years later.

Though Ceravolo's work clearly falls within the demarcation of the Second Generation New York School, it doesn't exhibit the same quality of speech, that talky facility and archly ironic tone characteristic of his contemparies. David Shapiro could sound like Ashbery, and Berkson could sound like O'Hara crossed with Koch, but Ceravolo was the only figure who seemed to have burst, fully formed and newly minted, from the artistic milieu that had fostered that first wave of avants (Ashbery, Koch, O'Hara, Schuyler, Guest). You'd probably have to go all the way back to Edwin Denby's unexpected and improbable elaborations of the sonnet form, to find someone as uniquely inspired as Ceravolo was in the late 1960's.

"Ho Ho Ho Caribou" plays flirtingly with a primitivism that is pantheistic.


This moves so quickly through its iterations that the changes are refreshed by their enjambed suddenness. Contexts shift and slide crosswise to accommodate a short attention span. In what must be one of modern or post-modern poetry's most charming and triumphant moments, Ceravolo rises to a veritable hymn--


--joining the flower, the snake, motherhood, childhood, sex and death into a single writhing, twisting lyric of joy and confirming pronouncement. It is both a proof of the discoveries he had made in syntax, and an arrival. Nothing had prepared me for work like this in 1968, and I suspect it's no more "familiar" to young readers today, no matter what their training. The line-breaks are literal shifts in gear, placing unsuspecting similes and oppositions in augmented proximity. The language is simple, shrewdly employing familiar speech to link seemingly disparate elements into uncertain intimacy. The last lines are like a veiled manifesto--"always/holding you as I/love you and am/revived inside you, but/die in you and am/never born again in/the same place; never/stop!" Each phrase carries the meaning one iteration further, concluding with the triple implication of "never/stop!" Each engagement is a new possibility, reviving and liberating, but each lives and dies in its time, never to be reborn, except in a new place, always different, each moment, each poem a reincarnation and a birth, a novel consciousness. I guess what I'm trying to suggest here is that though he ostensibly belongs to the Second Generation of The New York School Poets, like most writers or artists with unique, powerful visions, he really is separate and "out of step" with his contemporary milieu. Unlike Berrigan and Padgett--who used cut-up and quotation and cartoons, for instance, to create ambiguous camp contexts--you get the distinct feeling that Ceravolo really saw through his language and invested in its method as a direct form of personal expression, rather than as a Dada-ist object-projection. He made the language his own. He had something to say, and a new way to say it. He is more like Verlaine, say, than Andy Warhol.

I was going to say
that I really like the way he
brakes the line however
you so did ...

and that last piece ?

I liked reading it. I never caught the Ceravolo vogue. I remember in Fagin's classes at Naropa in summer of 77 and 79 he would introduce these poems and they never did anything for me.

I don't know why. I thought they were funny, in a way, but not in any way that I could describe.

Perhaps his living in NJ and then dying fairly young made him incapable of sustaining a reputation. I think it always helps to be a scenester. Plus he had a career it sounds like as an engineer, and a family to support.

I will stay open to Ceravolo and hope that someone along the way explains something in some way that makes me want to enter the poems.

Do you enter them as a subject, or do you glide on the surface?

With O'Hara I think there is actually a story, and you follow it. With Ashbery that isn't the case. You're meant to enjoy the surface at least more so than the story itself.

With Ceravolo I don't get much of a sustained narrative.

Koch has arguments and narrative. I don't generally appreciate them, as they are too blithe for my taste, and too up. I prefer the horror of sadness at least mixed into a poem.

I almost never understand poetry, but I like to read about it, which is why I read it. I don't know why anybody would read it for its own sake. What's fun is to read the arguments.

thanks for the introduction to Ceravolo, almost an exact contemporary of Samperi's. What similar backgrounds they share(Italo-American upbringing, war service and associations with leading literary lights of the day) and yet how remarkably different in inspiration and style.

I think Samperi, abetted by Corman, would have thought Ceravolo too experimentalist for his liking: too eager to imitate and please the literary factions. But there's a lyricism in lines like

The forest things are passing.
I did drink my milk
like a mother of wolves.
Wolves on the desert
of ice cold love, of
fireproof breasts and the breast
I took like snow

that Samperi would have praised highly. Ceravolo's nature verses are, of course, too "withering", unredeeming for the Dantean poet. What interesting discussions they would have had!

I find "ice cold love" to be somewhat cliche, or is it meant to be cliche?

I find this poem to be very uneven.