If I Were a Rich Man [Part II]

But enough of generosity. How about greed? How much is enough, and how much too much? Is self-indulgence really a sin, and what are the limits of a reasonable consumption?

One of my long-term daydreams has been to run a small literary press, with a fine press studio devoted to producing beautiful limited first editions of poetry. Back in the 1970's, I managed to wangle a publisher's grant from the NEA, which enabled me to publish a handful of offset volumes. Bill Berkson's Blue Is the Hero, Ted Greenwald's Common Sense, Robert Grenier's Sentences Towards Birds, my own Stanzas For an Evening Out. 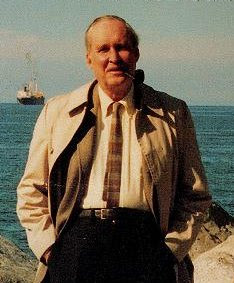 Small publishers in 20th Century America begin with James Laughlin's New Directions, which was not only a traditional publishing firm with editions of books, but the New Directions Annuals, the chapbook editions, and the New Classics Series. Laughlin, a rich boy who grew up in Pittsburgh, set out deliberately to publish the avatars of new writing, "going to school" with Ezra Pound, and publishing most of the important experimental writers of his time. Others, like Ferlinghetti's City Lights Books, Jonathan Williams's Jargon Press, John Martin's Black Sparrow Press, James Weil's Elizabeth Press are well-known. What these all have in common is a commitment to a quality list, driven by a personal vision, and a willingness to forego, at least to some extent, the distractions of the market-place. Niche literary publishing is an honorable estate, which has produced many of the most beautiful, and important books, of the last century. If I could, I would certainly run a small press, and I'd publish only those authors I liked, and whose work seemed to me to be important. A small publishing venture is more than a hobby, but not as demanding as a real business. I'd hire someone to do the editing and press-work, and I'd pay scant attention to the account books, accepting a modest annual loss in exchange for the freedom (there's that word again) to do just what I pleased. 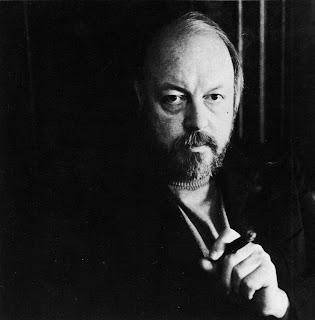 As a part time fly-fisherman, I fantasize often about traveling to some of the world's most remote places, to fish for trout in waters that only a few lucky sportsmen get to visit. Waters on the southern edge of Chile and Argentina, or down under in New Zealand, or some of the remote rivers in Alaska, and perhaps even some in Siberia. Fly-fishing in places like these requires planning, guides, and money. I've never been a great fisherman, primarily because I've never mastered the art of casting, the primary skill for successful presentation. I've caught a lot of nice fish, but primarily due to luck (or so I imagine). People actually laugh at me when they see me fishing on the water. Maybe the fish do too. But fishing in remote places allows one to experience exotic landscapes while pursuing a sport. And the chances are that the fishing will almost certainly be exciting, since these places get a lot less pressure than easily accessible beats in North America. Expeditions like this aren't exactly out of my reach, but doing so regularly can easily exhaust your lifetime recreation budget. 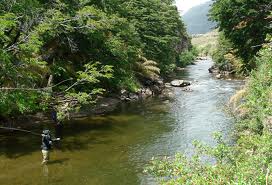 Along with fly-fishing, and dabbling in poetry, I'm also a serious large format photographer, or at least I used to be. I built a darkroom into our new house in 1991, but I haven't done any picture-taking for several years. I'm not sure why. In the interim, photographic processes have shifted from organic chemistry and light-sensitive emulsions on big negatives, to digital, so most of my equipment is now considered out-of-date. Silver negatives and printing paper are still obtainable, but the profession (or hobby) has moved on. The new technology is more convenient in some ways, but there's nothing quite like seeing a composition develop in the tray, and turning on the light to see how it all came out. I'll go back to it soon, once my latest literary project--co-editing the Selected Poems of Larry Eigner, with Bob Grenier, for University of Alabama Press--is finished. 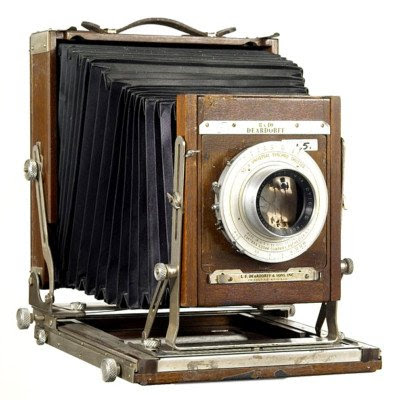 Speaking of poetry, I'd also like to publish a last collected poems, before I die. Back in 1977, I self-published my Stanzas For an Evening Out, Poems 1968-1977. In the years since, I've published a couple of pamphlets, and I resumed writing in 2004 after a lay-off which lasted almost twenty years. Since starting this blog in January 2009, I've written several dozen pages, which I'd like to add to the whole total. Going over the poems in Stanzas, I find I'm still satisfied with many of them. The new collected's provisionally titled America Was a Horse. I'd like to do it letterpress with a nice binding, but that will take a hefty load of capital. Still, it would be my last hurrah as an "author" so I'm inclined to justify it on those grounds alone. I like to think that someone in a hundred years may pick up the stray copy of my work and decide that it has a little merit. Other than that, I have no ambition. James Laughlin fancied himself a poet, but without his own self-supported publishing concern, I doubt he'd ever have made much of a name for himself with his writing. All writing is in some respect a kind of vanity. In European and third world countries, poets are valued and revered. In America, there's almost a kind of natural resistance to people who set up as writers. Perhaps it's our native Puritanical skepticism that regards all artistic activity with suspicion.

When I lived in Japan, in 1985, I had some free time, so I bought a Kawai upright piano, and, for the first time, tried my hand at composing. I taught myself to write music, and was able to notate adequately for my own purposes. In the years since, I've composed hundreds of pieces, for solo piano, for chamber groups, and for solo guitar. Unfortunately, none of these has ever been performed by anyone other than myself. I briefly tried to convince a local guitar virtuoso to try my pieces, but he was distracted. Why waste your time on amateurs, when the repertory is already rich? So, I guess the only way I'd ever hear how my compositions would actually sound would be to pay someone to perform them. There's precedent, of course. Gordon Getty, scion of the Getty Oil fortune, studied music in college, and has been able to promote his own works by funding their performances in public. I doubt whether any orchestra or opera company would consider doing this, without the Getty name and fortune behind him.  I'm not jealous, though. Better that a private individual purchase his access through philanthropic leverage, than to have some politically correct public committee or grants commission choose. I've been working lately on an extended piano piece, more or less inspired by Robert Schumann. Perhaps I'll figure out how to load it onto YouTube, though the performance will have to be by me (hold your nose!).

What has this exercise in idle fantasy revealed to me about myself? I've always known my own mind, so nothing about it surprises me. Why should anyone care what I'd do with my imaginary wealth? No reason, I guess. I do think it would be fascinating to know what my parents or heroes would have said, at certain points in their lives, given the opportunity. There are people, I'm sure, who disdain the whole notion of a vicarious wealth, as if indulging in it is not merely a waste of time, but somehow a violation of the spirit of democracy, or a modest approach to living. Waste not, want not. For my part, I don't harbor envy for rich people, though I often condemn them for bad choices (viz my Mark Zuckerberg post yesterday). I have nothing against people of means creating entertaining diversions for themselves, as long as it doesn't involve confiscating valuable public access. Most rich people, to tell the truth, live lives of quiet desperation, as the rest of us do, and mostly well out of the public eye. After all, there's a real danger in being perceived as a potential target for thieves, or charities, or other kinds of predators. If you become rich enough, it can complicate your life to the extent that nearly every waking moment is spent servicing your own financial burden--not much of a life, I'd wager. Being a starving artist isn't much fun, but neither is talking to tax accountants and lawyers and business-managers every day about how best to husband your fortune. Still, there are consolations.

But sometimes the fantasy is better than the reality. As Mr. Spock once said on a Star Trek episode, "it may not seem true, but it often is, that obtaining a thing is not at all the same, or as desirable, as wanting it." (Or words to that effect. Spock was speaking about having "won" a Vulcan bride in a courtship contest with another of his kind.) Though I might entertain the having of all these things I've enumerated above, obtaining them might leave me with a sense of empty attainment. Life is about hope and anticipation and planning; take those things away and our realizations become hollow.

Posted by Curtis Faville at 9:10 AM