How We Know What We Know 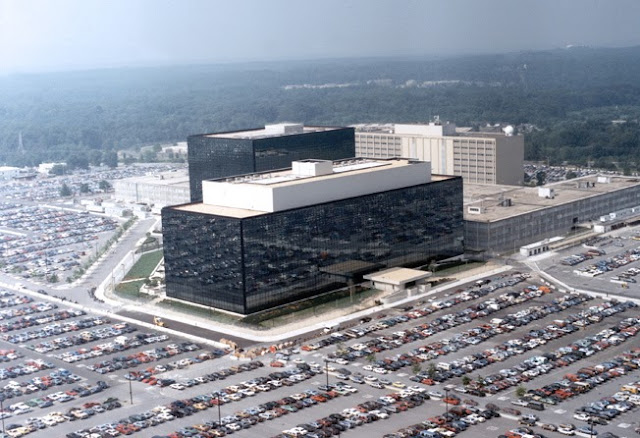 Disclosures this week, following the initial one by Edward Snowden two months ago, that the NSA had been engaged in gathering not only the so-called "meta" data regarding phone calls in the U.S. and abroad, but also sweeping up internet browsing and e.mail exchange data, initiated as part of the Homeland Security legislation designed to prevent acts of terror or espionage or subversion of other kinds against our national interest or security, has led to calls for a review of these and other programs.

In our system of government, elective offices are held temporarily, limited to terms and numbers of terms. Only judges terms are unlimited, though certain executive agencies and military hierarchies, which wield considerable power and influence, may achieve a kind of continuity through open-ended careers. But the alternation of partisanship, and the interrupting aspect of changing administrations, tends to guarantee that no one group or individual or faction can maintain control over power, or use the power of government to further its agenda indefinitely.

Another way of expressing this alternating system, is that it results in a kind of "spoils" system of control and appointment. In other words, though departments and agencies have specific mandates and programs intended to realize their intended purpose, politics does enter into the actual operational affairs of many of them. How policy is carried out, for instance, in federal agencies, is heavily affected by the present office-holders in Congress and the Executive Branches. This is a kind of unofficial dessert for winners, an additional benefit added to the actual powers authorized by any specific office. The President, for instance, can direct the policies of the Pentagon, or of the Immigration and Naturalization Service, even though that isn't in the written law.

We tend to think the military and intelligence services are subject to the requirements and needs of any particular time. But part of the gathering readiness and preparation involved in keeping up with the national interest, is a continuing effort to provide information and speculation about the future.

We've tended to believe that one way to protect the American Homeland is to throw out wide, inclusive nets of surveillance, in order to intercept suspicious communications that would tip us off about impending plots or conspiracies. These might have value in real time by allowing us to prevent them from happening. The U.S. citizenry has tended to believe in the good intentions of our watch-dog agencies--the FBI, the CIA, and the NSA--to restrict their efforts to the most productive kinds of surveillance, i.e., those most likely to bear fruit.

But one of the potential sources of useful information in any such program is the evidence of the past. If, for instance, one wanted to gather data about a particular group or individual, it would be helpful to know whom they had called, or e.mailed, or where they had traveled, whom they had visited, and so forth. Without knowing for certain who might end up committing a terrorist act, it would be useful to have had a databank which contained this kind of private communication, gathered before anyone had ever known what would eventually happen.

Initially, it might be reasonable to believe that gathering detailed electronic information on wide swaths of the population--both here and abroad--might be a potentially useful, and otherwise harmless kind of enterprise. But history has shown that agencies such as the FBI, and the CIA, can often be manipulated toward political ends by partisan administrations, or even factions within such agencies, to further narrow political purposes and interests. Domestic spying on union officials, media and news organizations, organized crime suspects, student dissident groups, extremist political groups, celebrities, and even political opponents, has taken place repeatedly.

A supposedly "harmless" bank of data--like that which we now know has been gathered by the NSA under the national security badge--could be used by a partisan administration seeking to exploit the private communications of political opponents. Unlawful search and seizure of American citizens is specifically restricted in the Constitution. Only with specific warrants and justifications of reasonable suspicion or actual evidence of wrong-doing, is such surveillance to be conducted.

But now it appears that not only is such surveillance taking place without judicial or Congressional oversight, the extent of it appears nearly universal in its breadth. Virtually all the phone calls and internet communications occurring in our nation are being intercepted, and archived, for possible future access and reference. Though it is clearly not possible to conduct an actual review of this enormous bank of data, its availability would suggest that it could be sorted and indexed in such a way to search it  according to protocols of any specific nature.

What this means is that if you or I speak to each other on the phone, or have an e.mail exchange, what we say and communicate to each other goes into a permanent file, which, though it is not yet "personal" or specific, could become a part of such a file or investigation, at a later date. Aside from the fact of its possible, illegal, use in criminal investigations or trials, there is an immediate and total unauthorized loss of privacy. If all the calls and exchanges on the web are being intercepted and saved, the phone company and the internet service providers have in effect become the arm of our secret police, whose desire for ever-increasing mountains of rich data is eroding the sacredness of our personal lives.

Edward Snowden may be a deluded hacker who had dreams of glory, but the underside of the world he has exposed, the value of this disclosure--is worth more than any possible loss of our official secrets. I suppose from a legalistic standpoint, Snowden can't simply be regarded as a whistle-blower, and he should, by rights, take the heat for what he has done. But from a larger perspective, we needed to know what he revealed.

Sometimes, in public affairs, the value of the revelations trumps the means by which such disclosures have come to light. This seems to be one of those times.
Posted by Curtis Faville at 11:47 AM