Though we eat out a great deal, I don't conduct a survey of favorite restaurants, either online or elsewhere, though we often exchange recommendations with people we meet. So it's a special occasion when I do discuss one here.

I've probably had a dozen meals at Gabriella's Restaurant, which is at 910 Cedar Street, in Santa Cruz, California. I have been visiting Santa Cruz for the last decade or so to scout the inventory of Logos Book Store, a big two floor space devoted to used and remaindered stock. With the decay of the retail general used book venue over the last two decades, places like this are becoming few and far between. It was at one of my early trips here that I happened to try this place out for lunch. 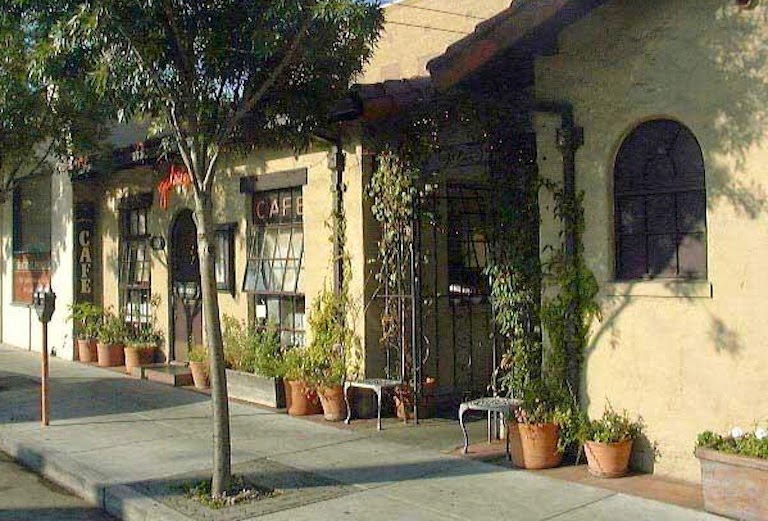 Gabriella's is such an unassuming place, from the street, that you might not even notice it, and even if you did, you might not be intrigued by the entrance which is on the side, by way of a narrow patio. The architecture is vaguely Spanish, with a decorative tile cornice at the roof edge, and ceramic potted plants ranked along the edge of the sidewalk. But the emphasis is not on Latin flavors or preparations.

You'd have to call it nouvelle cuisine, with a very slight French twist. The wines are American, and the bias is for fresh ingredients, finely prepared sauces, and stylish presentations. The proprietor changes the menu every week or so, so you won't find the same selections unless you go more than once a week. Over the last decade, I've never had the same dish twice, so it isn't a round-robbin; it's a constantly unfolding experiment. 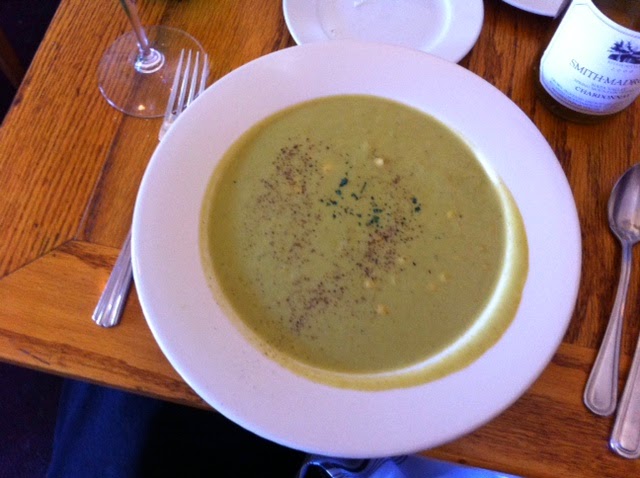 I had thought to do a review a few months ago, and even took some cell-phone pictures of the meal I'd eaten then, but finally got around to it this weekend. Wife and I drove down for lunch on Friday, with no particular expectations. I ended up ordering the vegetable cream soup (with corn kernals), and wife ordered the pork tacos, which came with a preliminary salad of gems lettuce, avocado, sliced cucumbers, radiches, and a subtle vinagrette. My soup was magnificent--smooth picante and rich. 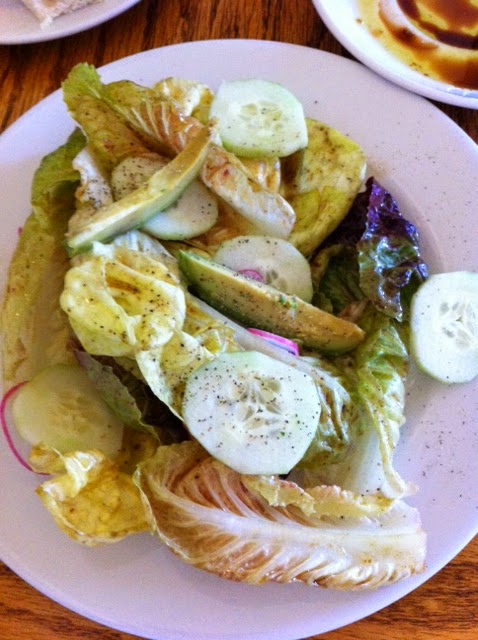 I ordered the gnocchi with crushed poricini mushroom, chopped tomato, zuchini, sausage bits, in a silky thick bechamel sauce. The gnocchi were the best I have ever had by far, big, fat, fluffy, consistent, and elegant. And filling! 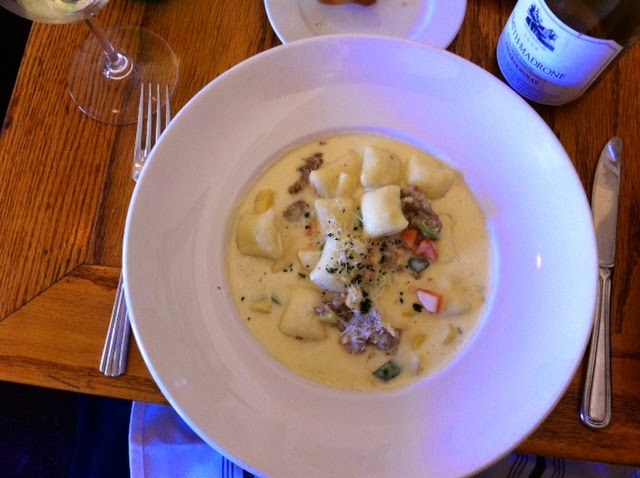 Wife's entree was equally impressive, by no means what you'd expect from the picture here. Pork tacos with hot spice (cumin?), a little cream, pepper, avocado, lettuce--standard in the ingredients, with no excess grease. 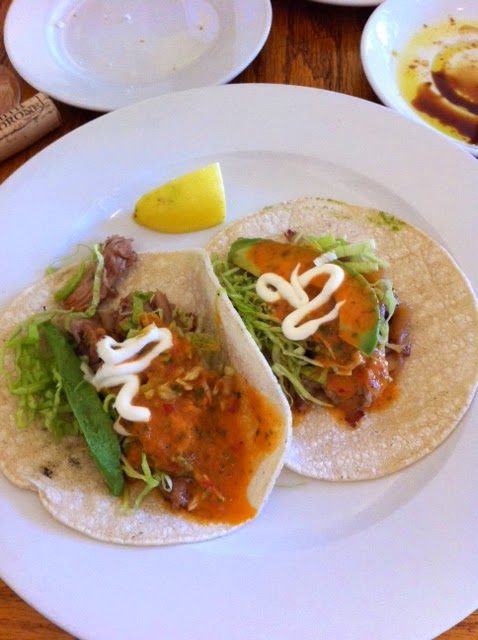 The wine was filled with lactic sweetness, hints of apricot, green olive, red apple. the sort of wine, really, which you'd expect to have to pay $60 for, but which was priced at about half that. 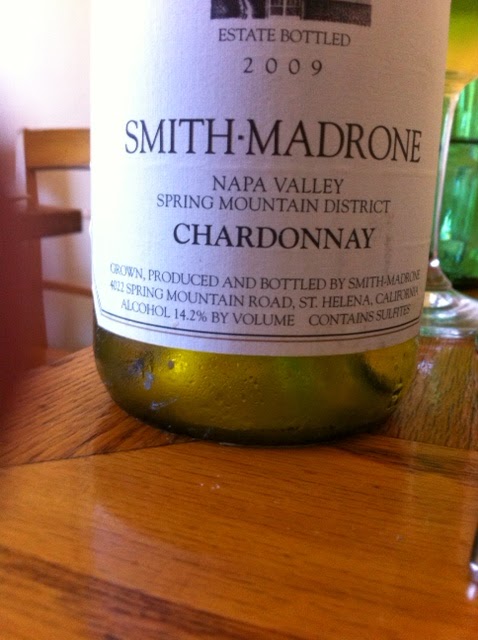 I've reviewed Gabriella's for Yelp@, and I stand behind that verdict. Gabriella's is the small, out-of-the-way place that you'd expect to find in the neighborhood of a large, cosmopolitan city like San Francisco or Portland. But it endures in a beach town which was once no more than a boardwalk amusement park destination. The presence of the UC campus, with its sophisticated faculty crowd, and a diverse community that always evolves around big college places, have made it possible. You can't run a serious eatery like this for locals who spend all their spare time at church or at the local fraternal mens' club. Its customers care about good food, and will pay dearly for it.

As for me, I'm an out-of-towner, whose periodic visits afford me the occasional chance to verify that this fine, modest, polished little restaurant still survives.

Long may it prosper!

this was lunch! I've read your post twice, and once to my wife in the next room, and every time I did I could taste the gnocchi my mother used to make: every bit as "big, flat, fluffy, consistent".

From one gnocchi lover to another: buon appetito!