We're the News Hour, and We Don't Approve This Message

Yesterday, Wednesday afternoon, September 4th 2014, the PBS News Hour show ran a segment in what it calls a "series of one-on-one interviews about how to handle the border crisis." As News Hour co-host Judy Woodruff said, in introducing the segment, "as President Obama is delaying . . . whether to take executive action on immigration . . . a Pew Research Center survey released today showed a spike in favor of making border security a priority and a drop in support for creating a way for undocumented immigrants to become citizens."

The interview can be viewed now in its entirety here as a tube video, or in text version by clicking on the text button below. Ironically, the News Hour chose to use the same photo of illegals crossing the border that I used in my post of August 29th, 2014. 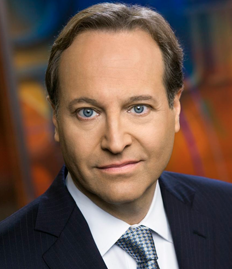 The intreview was conducted by Jeffrey Brown, a regular interviewer-moderator on the News Hour. It's commonly acknowledged that the News Hour has shifted somewhat further to the left, since the departure of the program's founders, Robert MadNeil [1995] and Jim Lehrer [2011]. Though the News Hour maintains an official bi-partisan position with respect to many issues, on others it drifts precariously far to the left on others. On the issue of illegal immigration, it has tended to maintain a "compassionate" point of view, attempting to focus on the "human" side of the difficulties encountered by immigrants, rather than the problems they cause in the United States.

It is not clear why the show chose to interview the County Sheriff of Bristol County, Massachusetts. Massachusetts has received almost a thousand unaccompanied minors between January 1 and July 31 of 2014. Sheriff Hodgson has had a distinguished career in law enforcement, that you can read about here, which has included work with Homeland Security. In any case, it became obvious, once the interview started, that Hodgson's view of illegal immigration, and the recent surge of unaccompanied minors across the southern border, differed considerably from what Brown may have expected to hear in answer to his usual questions. 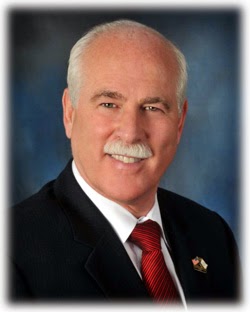 I can't reproduce the full interview here, but will quote a few relevant parts of Hodgson's statements, which happen to accord with my own feelings and reactions to the crisis.

In answer to the question "why do you believe they're coming to the United States and even Massachusetts," Hodgson replied:

"Well, I don’t think there’s any question why they’re coming. And it’s been verified by the EPIC report done by the El Paso Intelligence Center. It was leaked out several months ago.

And what they learned in this report was that, in 2012, when the president signed the DACA act (the Deferred Action for Childhood Arrivals), there’s an immediate correlation between that signing of the DACA and the sudden influx by the thousands of unaccompanied minors coming here.

And in that report, they interviewed 230 individuals who came here illegally. Of the 230, 219 said: The reason I came here was because I was told I could stay.

And we know that the homicides are down in all three of those countries, Honduras, El Salvador and Guatemala. We also know that there was no sudden change in the culture or the atmosphere within those countries. So the surge was directly related to the president’s new policy."

In answer to Brown's question "you simply don't believe they're coming from desperate situations and would leave because of that?" he replied:

"Look, these desperate situations they’re talking about have not suddenly just emerged since 2012.

And I think if you look at the surge in numbers, it’s pretty amazing that we have had 37,000 children placed in foster care [between] January 1 [and] July 31 of this year. That didn’t just suddenly have some change in those countries. They have had problems in those countries for a long time. So to suggest that suddenly we’re seeing 90,000 come across, now next year possibly 145,000, that this is some sudden, dramatic shift in the danger within those countries, it’s just not so."

In answer to "what do you want to see from the federal government, he replied:

"Number one, we need to change the law immediately so that these individuals coming in from Honduras, Guatemala and El Salvador are treated the same way the Mexicans are, which is there is no right to trial, you get turned around and immediately sent back.

There is right now . . . almost a 400,000-case backload for these unaccompanied children that are now being booked into dockets of 2017. So we need to get the law changed and have them treated the same as we do with the illegal Mexicans coming across.

And, thirdly, if we’re going to deal with the administrative process, we need to send more administrative judges to the border. Don’t ship people who are going to have administrative hearings all over our country, at the expense of taxpayers. Keep them there. Get the judges down there and let them do these cases. If you have to do them around the clock, like they do in Pennsylvania for regular court cases, then do them around the clock. But we need to process these people and get them right back if they’re entitled to a hearing, until such time as the law is changed.

Look, the reality is, we can't sustain this. We're the most compassionate country in the world. Why don't we load up planes from Iraq where these people over there are being slaughtered by ISIS and put them here? If anybody needs refuge from violence, we know what's going on. What about our own kids in Chicago who are being killed eight or nine a weekend? So the idea that somehow we're able to sustain this through medical costs, costs for additional teachers who speak the language, special needs costs, I mean, it's about $9000 per unaccompanied child in our schools.

So these are the kinds of things that are going to devastate our country, and not give us the opportunities we otherwise [would] have to be compassionate for those we can bring in and do it the right way."

As the questioning progressed, Brown became increasingly indignant, visibly angered by Hodgson's remarks. Brown and his producers may have expected that Hodgson would only provide details about the problems they were encountering in Massachusetts, but were shocked that Hodgson was informed enough about the real causes of the problem, to be able to speak authoritatively about them, with conviction.

Given Hodgson's credentials, the News Hour couldn't simply pretend that he was a Red State Tea Party conservative, and set him up as a naive caricature of reactionary sentiment. The producers of the News Hour have steadfastly refused to inform their audience about the real causes of the recent wave of illegal immigrant minors, preferring to emphasize their vulnerability and jeopardy, rather than telling the real story, that they're being sent here to exploit a loop-hole in American immigration law, and not as a result of some new increase in violence or crime or social disintegration in Honduras, Guatemala and El Salvador.

Occasionally, even when partisan news media have a very specific agenda in mind, they will inadvertently allow the real truth to escape through the locked gates of the propaganda compound. This was one of those instances. Jeffrey Brown's stiff, resentful attitude was a clear message: the News Hour doesn't approve Hodgson's message. You have to ask, in this context, why the News Hour should feel so strongly about an issue, that they'd reject the testimony of a decorated law enforcement officer who is not only intimately acquainted with the circumstances of the case, but well informed about the larger issue and its causes.

American political life is characterized by deep divisions over crucial issues. With immigration, each side prefers to give us only one partisan view of the problem. Perhaps if we all allowed ourselves to be moved by facts, rather than comfortable sentiments, we might be able to find common ground. If we're going to solve the immigration crisis on our southern border, we have to be willing to address the real issues, and not be swayed by appeals to casual sympathy.

So the News Hour can pat us all on the back and say "everything's just fine, the government will handle it. Obama has asked for three billion dollars to take care of all these kids for ever. It's just a drop in the bucket, no one will notice. You won't notice. Now roll over and have a nice nap, everything's under control."
Posted by Curtis Faville at 10:29 AM

I also heard/read that terrorists are imbedded in with these
"migrant" children and coming into the U.S.A. via Mexico ... from where they've landed ( the 'skinny' on this is from Belize.)..... but don't quote me....

now ? time to watch MAGNUM, PI on the COZI channel... it's on just after FANTASY ISLAND

Fox has led the way on this as on every other important problem in the country. O'Reilly has been talking about the problems of illegal immigration since at least 2004. And Ed is right - ISIS has been infiltrating the country for years via the southern border, which is virtually wide open. Obama is pretending the only real problem is whether to use a nine-iron or a wedge to get his little white ball on the green.

He's the Nero of our time.

The attitude of journalists is about the same in France.
Immigration costs a lot of money to the the tax payers, and on the top of that, a lot of migrants or son and daughters of migrants hate our country, want to leave apart, ruled by islam.
Lucky you are with your christian migrants!