O'Hara and the "Open Poetry" Debate

Frank O'Hara was, by all accounts, a very social person. With a wide circle of friends, some intimate, many familiar. As an active member of the New York art and literary scenes, he met or came into contact with hundreds--thousands, probably--of people, many important or noteworthy or interesting. Frank was voluble, and charming, and forthright. And very emotional too. 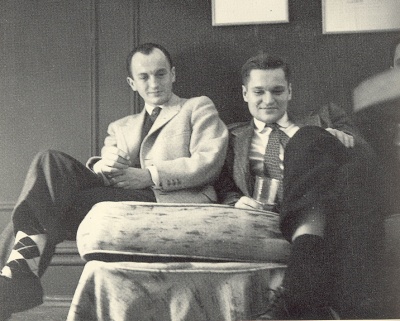 One of O'Hara's best and most famous poems, "My Heart," proposes a concept of poetry that is "open."

I'm not going to cry all the time
nor shall I laugh all the time,
I don't prefer one "strain" to another.
I'd have the immediacy of a bad movie,
not just a sleeper, but also the big,
overproduced first-run kind. I want to be
at least as alive as the vulgar. And if
some aficionado of my mess says "That's
not like Frank!", all to the good! I
don't wear brown and gray suits all the time,
do I? No. I wear workshirts to the opera,
often. I want my feet to be bare,
I want my face to be shaven, and my heart—
you can't plan on the heart, but
the better part of it, my poetry, is open.

What might it mean to claim that the best part of one's poetry is "open"--as opposed, then, to closed? What exactly is O'Hara telling us about his poetry, about himself, and possibly about how to measure the best qualities of our poetry?

What might "open" mean as a quality or descriptive in verse?

I've thought about this for years. Once upon a time, I might have said (or thought) that O'Hara strove in his poems to engage the reader with a greater jeopardy or vulnerability, to "bare" his private soul, thereby bringing himself closer to the reader (his audience). Does an "open" poetry imply intimacy with the poet? Might it imply a favorable kind of embarrassment of this intimacy?

As with many typical O'Hara poems, the argument begins almost at random. The poet declares that he must be various--"I'm not going to cry all the time/nor shall I laugh all the time." And goes on to describe himself in terms of a dialectic between one extreme kind of behavior or another. This is another way of saying that he's unpredictable, and that this unpredictability is a hallmark of his character. This variability is clearly seen as a favorable aspect. Interesting people aren't predictable, or at least this particular writer isn't; and he places a value on that.

Unpredictability. Then, suddenly, at the end, he catches himself in mid-sentence, starting to describe his heart, he qualifies it--"you can't plan on the heart"--which is really just a way of restating the premise of the poem (predictability), and says, instead, "but/the better part of it, my poetry, is open." It's as if he had been going to say "my heart is open" but instead decides that it isn't his heart that is open to the reader, but the poem ("my poetry"). The surprising line comes across like a declaration of principle, almost a poetics.

Once upon a time, again, my first tendency would have been a confirmation of how I thought about O'Hara's verse, which always seemed, in its difference, to be about the casual familiarity of direct speech, against the rhetoric of poetic style(s). O'Hara's poems, after an early period of more doctrinaire writing in the early 1950's, seemed more and more to assume the flamboyant and giddy spirit of party-talk, the kind of idiomatic language and candor of personal conversation. O'Hara showed how you could build an otherwise traditional poem out of ordinary contemporary speech, touching all the bases, while going naked. There was even a notorious anthology, Naked Poetry [New York: The Macmillan Company, 1969. Edited by Robert Mezey and Stephen Berg], whose title became the catch-phrase for the negligent unfettered "free" verse of the post-War era. "Naked" might have seemed attractive as a description to some, while others may have seen it as the beginning of the end of good poetry as they defined it. Any poem "going naked" into the world might have had a certain original purity, but it also implied a naive misapprehension of what well-written poetry was supposed to be.

But over the years, I've come to question what my initial impression of that "openness" might mean. When we think of open, we might describe it as a sort of welcome mat. Come in, everyone is welcome here, no one is excluded. No reason to feel that poetry is an exclusive club with specific requirements including a strict dress code. But how would we go about describing this "open" quality in terms of poetic function? What constitutes a "welcoming" style versus an unwelcoming one? Would we describe a poet who was very popular as being more "open" to his readers than a poet who was obscure. In what sense does O'Hara mean "open"?

Can a poem open outward, to encompass the world, or other people, while another poem, tightly wound inside itself, actually put readers off, push them away? Whitman, relevantly enough, was a poet who actively sought to encompass his readers in a large democratic embrace--it was an article of faith in his work. Eliot, on the other hand, often seemed to create a very limited vision of his world, one neither welcoming nor cheerful, designed to separate the poet from the rest of humanity. In his criticism, he was often so straight-laced and buttoned-up that he seemed to be a gloomy English schoolmaster slapping his readers on their wrists for not knowing what he knew and they didn't.

The influence of Eliot and the academies throughout the period from 1900 through about 1955, insured that the prim and proper poem, serious and committed to traditional modes and tropes, would be the standard in the periodicals and the world of publishing. O'Hara's poem--and his declaration here--had by the time of the poem's appearance become almost a cliché of the New American Poetry. Other poets of the period--Whalen, Creeley, Eigner, Schuyler--had already been writing what we'd then (and now) describe as a poetry of greater "open-ness" and variability.

Would O'Hara's "open" statement have been construed as a description of what his poetry did, differently than, say, what Robert Lowell or Richard Wilbur or Donald Justice did, circa 1960? Hadn't Lowell previously "opened" himself to intimate autobiographical disclosures during the 1950's in Life Studies and For the Union Dead? In what sense might Lowell's thawed-out disclosures not in fact been "open" gestures towards his audience of readers, in the same sense as O'Hara's talky, wise-cracking, swishy overtures were?

Or was O'Hara's proposal of an "open" poetry merely an illusion, constructed on the fly?

There are different ways of configuring O'Hara's dichotomy of open/closed. Would a poetry restrained by elaborate grammar and strict fixed verse forms be construed as closed? Would its "closedness" be defined by its style, or by the numbers of readers who responded unfavorably to it? Or would a closed poetry be one in which its syntactical violations were so numerous and radical that it put its readers off? Is Joyce's Ulysses a closed writing, or an open? Is openness to different, even radically different, ways of writing a fulfillment of the descriptive?

We think of grammar and syntax, as aspects of a system, which grew up through oral transmission and was then conditionally "fixed" with dictionaries and grammars, but which continues to mutate in the marketplace of communication. We think of grammar and syntax and spelling and so forth as aspects of the accepted grace of consent. If the foundation of language exists to restrict the range of responses to language and present reality, might that edifice be subject to invasion and restructure? How might we go about renewing our sense of what it means to communicate, relevantly and immediately, to the facts of our personal lives, or to the facts of our present political realities? Would such a program be about finding new ways to employ words, and the structures we make from words, or would it be a more successful effort to "communicate" (or reach out) to a larger and larger audience of readers? Are these two approaches mutually exclusive? Does a writer such as Shakespeare in fact bridge these two continents, by making persuasive dramatic analogues in a language as lively, inventive and powerful as any we know?

The line I've always liked is about how he wants to be at least as alive as the vulgar. It's stuck with me for years.

Too bad about that dune buggy. That was a vulgar mode of transportation even then, and it killed him.